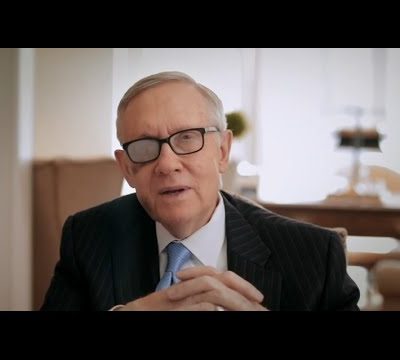 Next post
CNN: Bergdahl Planned to Walk to Nearest Base to Report Wrongdoing

by Cassy Fiano in People 16 Comments 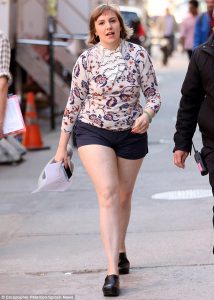 The darling of the Hollywood left has struck again. The liberal media is infatuated with Lena Dunham, despite the fact that she is unattractive, overweight, crass, untalented, and in general, one of the most despicable people in show business today. In addition to admitting to molesting her sister and lying about being raped, Dunham has now struck again with what she apparently believes is a hilarious article in the New Yorker where she compares Jewish men to dogs.

In the “quiz”, Dunham asks, “Do the following statements refer to (a) my dog or (b) my Jewish boyfriend?”, with laugh-out-loud entries like:

8. I feel that he is judgmental about the food I serve him. When I make something from scratch, he doesn’t want to eat it, but he also rejects most store-bought dinners.

9. This is because he comes from a culture in which mothers focus every ounce of their attention on their offspring and don’t acknowledge their own need for independence as women. They are sucked dry by their children, who ultimately leave them as soon as they find suitable mates.

10. As a result of this dynamic, he expects to be waited on hand and foot by the women in his life, and anything less than that makes him whiny and distant.

… 17. When I get home from the business trip, he ignores me for hours, sometimes days, forcing me to wonder whether he would be better off with a woman who has a less demanding career. “Why don’t you find some catalogue model who just sits around all day and rubs your back? I bet you’d like that,” I hiss. “I apologize for my many accomplishments. I’m sorry they mean nothing to you.”

18. He respects my father but is intimidated by his Waspy, buttoned-up demeanor, flat cadence, and inability to express physical affection toward other men. The tension between them takes the form of passive-aggressive pissing matches and hostile silences.

Isn’t that just, like, so funny? Aren’t you totally LOLing right now? Are you just stunned by Dunham’s wit? Anti-Semitism is hilarious, guys. So, so funny. Jewish men are just like dogs… or they’re hairy, cheap, whiny mama’s boys who are intimidated by successful women. You pick which one you think is more laugh-inducing, because really, it’s hilarious and not at all offensive.

Here’s a question to the geniuses at the New Yorker who thought it was totally cool to run an anti-Semitic hit piece: would they have printed this if she had been talking about, say, black men? Or how about a quiz comparing a Muslim boyfriend to a dog? She could have written little quips about how sometimes he tries to convince her that it’s OK to date eight-year-old girls, or how when he gets mad he threatens an honor killing.

Humor is a matter of taste, and people can disagree if it is funny or not. Some will certainly find Lena Dunham’s stereotypes about cheap Jews offensive. Others will take issue with the very idea of comparing a dog and a Jewish boyfriend. The piece is particularly troubling because it evokes memories of the “No Jews or Dogs Allowed signs from our own early history in this country, and also because, in a much more sinister way, many in the Muslim world today hatefully refer to Jews as “dogs.”

We doubt that Ms. Dunham had any intention of evoking such comparisons. While we understand that humor is its own special brand of expression and always try to give leeway to comedians, we wish that she had chosen another, less insensitive way to publicly reflect on her boyfriend’s virtues and vices. We are surprised that the New Yorker chose to print it.

I suppose Lena Dunham feels that she has some sort of humor EZ Pass, and The New Yorker has indulged her in that thinking. You know, because apparently Jews are a group you can make fun of and it is deemed kinda intellectual and funny to do so. If you take issue with what I’m saying, then do me a favor and imagine this same essay entitled, “Dog or Black Boyfriend? A Quiz.” Much easier to imagine that essay running in a Ku Klux Klan newsletter than The New Yorker, am I right? But somehow, a piece like this running in The New Yorker in 2015 is supposed to be OK with us.

… When someone compares people of my ethnicity, religion, or “culture” to dogs? THEY ARE BEING AN ASSHOLE. And a bigot. And a huge, huge jerk. And that’s even if they are “cool” and “usually pretty funny” and they “totally love Russ and Daughters and whitefish and Nora Ephron and Woody Allen.” Sorry–none of those things give you a “Get Out Of Being An Asshole Free” card.

To dehumanize people, one of the first steps is to call them non-people or animals. The whole “Jew and Dog” thing, in my mind, is pretty played out. But Lena, you’re not the first one to think that the two should be addressed in the same piece, or equated to one another. You don’t even have to go as far back in time as Nazi Germany to find people equating Jewish people to dogs. I mean, look at this nice café in Belgium just last year that posted a sign saying, “Dogs are allowed in this establishment, but Jews are not, under any circumstances.” Also last year, a Turkish café in Istanbul posted a sign saying “Jew-dogs” are banned from entering. So all around the world, there are not-so-nice people who equate Jews and dogs. Welcome to their ranks, Lena. Are you proud to be there?

According to Dunham, though, this was a “love letter”. No, really:

My first ever Shouts & Murmurs! A love letter to @jackantonoff & Lamby in the form of… Dog or Jewish Boyfriend: A Quiz. Look at this perfect illustration by @benkalt. And I ❤️ @newyorkermag since birth and til death

If this was a love letter, then what on earth would she write if she was actually trying to be offensive? It’s even more mind-boggling considering that Dunham’s mother is Jewish — Dunham may not be a practicing Jew, and she may consider herself to be an atheist, but she would seemingly take care to lay off the anti-Semitism, especially considering that anti-Semitism is believed to be at its highest since World War II.

Meanwhile, liberals are, of course, already defending her. Because dude, dehumanizing Jewish men by comparing them to dogs, and peddling offensive stereotypes of them, is totally cool. Us conservatives just need to lighten up, apparently. Of course, if a conservative had written this, would they still be wondering what the big deal was?

Here’s the reality: She is a disgusting human being, who possesses not even a modicum of talent, yet for some reason, we’re supposed to buy into this hype that she is this brilliant, witty, and wildly talented woman that we should all adore. But really, more than anything, this idiocy begs the question, yet again, of why liberal Hollywood continues to try to force Lena Dunham onto us, and when she is going to go the hell away.