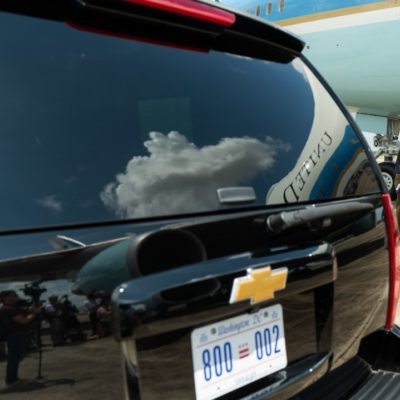 Next post
Trump Drives By To Thank Supporters, Troll Media 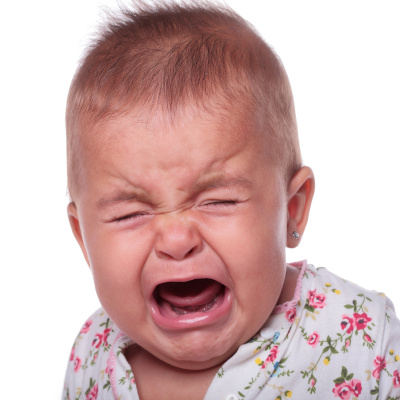 by Amanda Green in People 15 Comments

You would think someone on the Left would be enough of a sports fan to know there comes a time when you make changes to the playbook. Apparently, they don’t. We’re already seeing much the same sort of weaponized–and I use that term loosely–opposition to Amy Coney Barrett as we saw when Brett Kavanaugh was nominated to the Court. In this case, it’s a letter signed by some of the alumni of Barrett’s undergraduate alma mater, Rhodes College.

If you go back to the figurative, if not literal, assassination the Left attempted against Justice Kavanaugh, you’ll remember the various petitions from alumni and current students at schools he attended decades earlier. Those petitions were supposed to help sway us from supporting a man who believes the Constitution is the foundation of our legal system and should not only be respected but followed.

Remember how the media made a big deal out of the fact that a whopping 100 signatories from Georgetown Prep signed one such petition? Or how about the 250 from Yale Law School?

Now we’re seeing the same form of attack being launched against ACB.

In this case, the college in question is Rhodes College. We’re supposed to care because 1,500 people have signed the petition. It’s amazing, isn’t it, how quickly such a petition (let’s be honest. That’s what it is.) was formed and how quickly they got those signatures? Anyone want to make a bet on the Left having the petition ready to go and sponsoring signatories all lined up before Trump made public his choice of ACB to fill the SCOTUS vacancy? After all, she’d been on his radar for years and anyone paying any attention knew it.

So, what does the letter (read petition because who sends a “letter” with 1500 signatures?) claim ACB has done to make her such a bad choice to sit on the SCOTUS bench? Gasp, she made the mistake of not falling into lock-step with the pro-abortion (sorry, pro-choice) beliefs of those behind the “letter”.

We believe both her record and the process that has produced her nomination are diametrically opposed to the values of truth, loyalty, and service that we learned at Rhodes.”

And if that’s not enough, they take issue with the fact she hasn’t been seen in public beating her breast and screaming at the top of the lungs about her views concerning “LGBT groups and other marginalized communities”. In other words, she’s wrong for the court because she puts the Constitution and the law above her personal beliefs. Also, she doesn’t feel the need to air her beliefs out in public where the media and idiots on social media can take her comments out of context and twist them to suit their own agendas.

Amy Coney Barrett has repeatedly shaded the truth about her own views and past associations,” the letter said, adding that she “has demonstrated a judicial philosophy and record that fails to serve and protect the vulnerable in our society, including immigrants, those in the criminal justice system, and individuals reliant on the Affordable Care Act.”

So what does the letter itself say? You can read it here. I’ll warn you, be prepared for a lot of posturing, holier than thou, you must do as I say attitude in it. But, in general, they condemn ACB because she refused to answer a question about Roe vs Wade. Instead, she followed the example of other court nominees and said she would refrain from commenting on whether she thought the decision was correct or not. But doing so, and doing what other nominees before her had done, is now somehow wrong.

Oooh, and how dare she belong to an organization that doesn’t support abortion! The horror. The horror.

Funny how they don’t comment on the fact ACB does have a record of standing up and standing for people who are the “vulnerable” ones in our society.

But these whiney-assed children walking around in adult bodies aren’t satisfied with trying to trash a woman who has dedicated her life to upholding the law and protecting our Constitution. They have to go after the administration for daring to not only admit she graduated from the school but is seen as a valued alumnus.

We are likewise firmly and passionately opposed to Rhodes administrators’ attempts to embrace Amy Coney Barrett as an alumna of our beloved alma mater,” the letter said. “We oppose this embrace because we believe both her record and the process that has produced her nomination are diametrically opposed to the values of truth, loyalty, and service that we learned at Rhodes.”

I guess we’re supposed to take them more seriously because they are “passionately opposed” to the administrators even acknowledging Barrett went to Rhodes. That’s the height of irony if you look at the school’s history and its vision.

Rhodes College aspires to graduate students with a life-long passion for learning, a compassion for others. . . We, the members of the Rhodes College community, are committed to creating a community where diversity is valued and welcomed. To that end, Rhodes College does not discriminate on the basis of race, gender, color, age, religion. . . and will not tolerate harassment or discrimination on those bases. . . .”

Where is the compassion for Amy Coney Barrett in that letter. Or, for that matter, for the administrators in question? Where is the lack of discrimination based on religion? Or the welcoming of diverse thought? It seems to me that the drafters of the letter, not to mention all those who signed it, are violating the vision of their so-called beloved college.

Rhodes College president, Marjorie Hass, responded to the letter. Depending on how you read it and what inflection you put on her words, she could either be bending a knee to the demands of those who signed the letter or she could be giving them the middle finger. I’ll let you decide.

First, she said Rhodes is “committed to inclusion, belonging, and respect for all persons.” Now, that could be a nod to their demand Amy Coney Barrett be denounced because she doesn’t bend a knee to their demands. Or it could be a slick way of saying she respects all persons, including ACB. She went on to say, “In my experience, Rhodes has a record of rising in support of the rights of members of our community by creating policies to safeguard our students, asserting institutional values, and where appropriate, signing on to amicus briefs to the courts . . . You can be assured that these practices will continue.”

Now, I don’t know about you, but this isn’t as clear cut a response as the signatories of the ACB-bashing letter would have you believe. It is what my mother would call a “polite way of saying f-you.” She simply regurgitated the college’s vision at them without saying anything specific.

Or did she? Only time will tell.