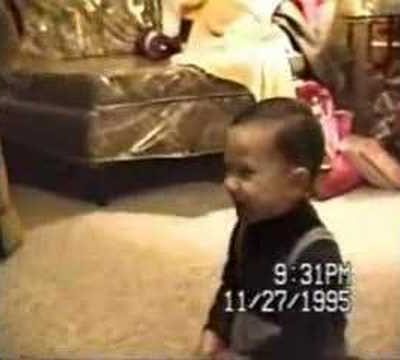 Last chance to bid on these Valour-IT auctions!

Last chance to bid on these Valour-IT auctions!

Act fast to win one of these great items in the Valour-IT auctions – these items close tomorrow (end time noted is Pacific time). Proceeds go to Valour-IT, bid now – don’t miss out!

“Restrepo plunges viewers into the experiences of soldiers on the front lines of the Afghan War” – a feature-length documentary that chronicles the deployment of a platoon of U.S. soldiers in Afghanistan’s Korengal Valley. The movie focuses on a remote 15-man outpost, “Restrepo,” named after a platoon medic who was killed in action. It was considered one of the most dangerous postings in the U.S. military. This is an entirely experiential film: the cameras never leave the valley; there are no interviews with generals or diplomats. The only goal is to make viewers feel as if they have just been through a 90-minute deployment. This is war, full stop. The conclusions are up to you.

“RESTREPO mini poster signed by filmmakers Tim Hetherington (recipient of four World Press Photo awards, including the World Press Photo to the Year (2008), and an Alfred I. duPont Broadcast award for his work in Afghanistan for ABC’s ‘Nightline’) and Sebastian Junger (bestselling author of “The Perfect Storm” and “War.”)

This coin from Eagle Crest commemorates the Veterans of Operation Iraqi Freedom and features intricate, multi-colored designs on both sides and the words, “Democracy, Bravery, Honor, Sacrifice & Freedom”

This coin from Eagle Crest commemorates the U.S. Army Combat Infantryman. Its green and gold face displays four Infantryman on foot. The blue and gold flip has 5 stars and a long rifle.

Counted cross-stitch of the U.S. Coast Guard emblem suitable for personalization with name/rank and additional information (years of service, unit, etc.)(see example photo). Finished piece is designed for a 3.5″ x 5″ opening (mat or frame). Can be mounted with a custom-cut mat (NOT part of auction item) for dual openings in an 6×10 frame (see example photo). Auction winner will need to provide contact information in order to arrange personalization before item can be shipped.

This auction is a copy of ADM Slavonic’s upcoming book Leadership In Action. It will be released to the general public on Amazon.com in MID-NOVEMBER. This is an ADVANCED copy. ADM Slavonic will sign and ship. SPECIAL TO VALOUR-IT! Greg Slavonic has brought together several contributors for this book that would rightly be on a “Who’s Who” list of our nation’s most highly honored and decorated military leaders; two-, three- and four-star Generals, Admirals, Captains and Colonels, war heroes and two Medal of Honor recipients–they know what it takes to lead and to succeed. In the pages of this book, you will find something that is critical to success in life–a philosophy of leadership that you can take for your own. By reading each chapter, giving thought to what you’ve read and applying what you’ve learned in action; a discerning reader will gain a thorough understanding of what real leaders are made of–and in the learning can become one too.

The first DayByDay Cartoon book collecting all of the www.daybydaycartoon.com strips from 2002-2003. This miniature coffee table book measures 7″x7″, features a high gloss softcover, is 132 pages with 363 toons and is signed and numbered by creator Chris Muir.

A visceral, gripping, epic novel of the Vietnam War written by a highly decorated war veteran, MATTERHORN throbs with compelling authenticity on each of its many hundred pages. Though its topics are embedded in our cultural consciousness–napalm, Agent Orange, tortured soldier’s souls, the chaos of guerrilla warfare, the impossible ethics of violence, the beauty and horrors of the jungle, loyalty, insanity, friendship, and death–MATTERHORN renders the Vietnam experience anew, boring relentlessly down on the specific kinetic reality of the time and place. Karl Marlantes writes with an intense immediacy reminiscent of Mailer’s THE NAKED AND THE DEAD or James Jones’s THE THIN RED LINE. MATTERHORN deserves to take its place on the short list of great works about America’s engagement in Vietnam and the powerful reality of armed combat.

This coin from the Northwest Territorial Mint commemorates the U.S. Army. It has an Army themed front side with the words, “This We’ll Defend.” The flip side has the Department of the Army seal.