Previous post
Valour IT: Marine Team 'Embracing the Suck' and a Wee Bit of Link Love

It’s not over yet

Next post
Last chance to bid on these Valour-IT auctions!

It’s not over yet 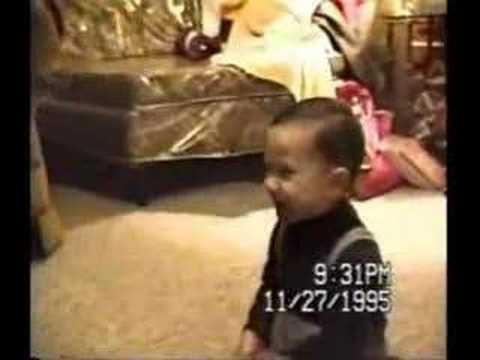 Yesterday, the Marine team pulled ahead of the Army team, and we’re still leading by approximately $500. While the Army team reached the $15k goal before we did, we can still outraise them. There’s five days left in the Project Valour-IT fundraiser — the fight isn’t over yet.

Maryann Philips, one of the Marine team members, gives a moving example of why we need to keep working to raise money for our wounded heroes.

“We try not to withdraw care here in theater,” Eastridge said.

But every once in a while it happens. It’s usually someone with brain injuries so severe they’re likely to die during transport. They’re allowed to die here, with troops at the bedside. “That just affords them that last little bit of dignity,” he said.

He stopped, and his eyes filled with tears.

The conference is run by Col. Brian Eastridge, a 47-year-old trauma surgeon with 23 years in the Army. He grew up in Damascus, Md., graduated from Virginia Tech and the University of Maryland School of Medicine. He now heads the Joint Theater Trauma System, which organizes trauma care in both wars.

Over five deployments, Eastridge has seen the entire arc of worsening wounds and increasing survival that has marked trauma care during the Iraq and Afghan wars.

Dressed in brown camouflage battle dress, he sits halfway around a large U made of wooden tables. Around him on the walls are idealized scenes of Afghan life painted by a local artist – a girl leading a caravan of camels, children being taught arithmetic at the base of a tree, kids flying kites. Eastridge runs the conference with somber efficiency, offers comments sparingly and addresses his listeners mostly by location-“Kandahar,” “Landstuhl,” “Walter Reed.”

The rapid-fire reports are dense with medical jargon and anatomical description. It’s a narration of one disaster after another, and of how things were kept from getting worse, and made better, by skill, speed and attention. It’s the aural equivalent of watching a dozen high-wire acts in which some people are rescued mid-fall.

“Dismounted IED” injury is jargon for wounds caused by a bomb or mine that are suffered outside a vehicle. The soldier had tourniquets placed for partial amputation of both legs. One liter of a special IV fluid was given in the helicopter, and the patient arrived at the Kandahar hospital in and out of consciousness and in shock.

In the operating room, surgeons temporarily tied off the arteries going to the legs and repaired a tear in a major vein. There was massive damage to the area between the legs. One leg was amputated at the knee. In a second operation the next day his wounds were rewashed and a finger, broken in the explosion, was fixed with external hardware.

That same day the soldier was evacuated to Bagram, where his wounds were washed out and the pelvic region was re-explored. A “foreign body”- the speaker didn’t say whether it was dirt, metal or something else – not seen in the first operation was removed. He suffered a collapsed lung after surgery, which was fixed.

He stayed there two days before flying by critical care air transport to Landstuhl.

Seven days after suffering his wounds the soldier arrived at a hospital in the United States. He had another collapsed lung, and pneumonia. His right foot, initially thought to be salvageable, wasn’t healing and the surgeons planned to amputate it at the ankle. He had further surgery to his abdomen and numerous operations to start repairing the missing floor of his pelvis.

This was not an uncommon case.

We say it so much, but really — our men and women in uniform have given so much for us. I can’t imagine making the sacrifices they’ve made, and I can’t imagine the world that they’re living and fighting in right now. They’re fighting an enemy half a world away that uses women and children as human shields; that cuts the noses and the ears off of innocent women; that will throw acid on little girls for daring to want an education; that will rape women and then stone them for adultery. They’re facing pure evil. And sometimes, they don’t come back safe and whole.

Are we really going to leave these wounded warriors with nothing, no help, no support, after what they’ve given for us? Please make a donation. It’s the least we can do.

There are other ways you can give, too. Villainous Company is holding a Demotivator contest, and for each entry submitted, $20 will be donated to Project Valour-IT. The categories are: Best Air Force, Army, Navy, and Marine demotivators, Best “Embracing the Suck” poster, and Best Salvo from the Distaff Side. Here’s one entry for the Marines:

So you can help make a difference without even having to spend any money. Get on over to Villainous Company and enter your Demotivator!

Finally, here’s an adorable video of a future Marine in the making. And remember, give until it hurts!! It’s the least we can do.