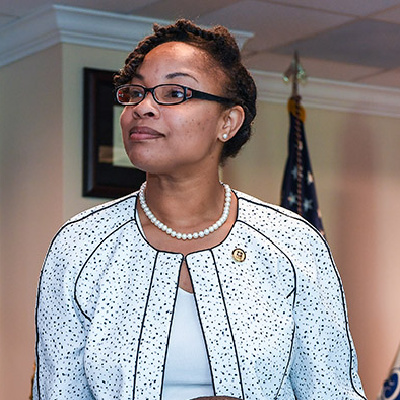 by Toni Williams in military 14 Comments

Well, my patriotic friends, we know now what happended to General Mark Milley, the Chairman of the Joints Chiefs of Staff. General Milley met Kelisa Wing, 2017 DOD Education Activity Teacher of the year. The name of this episode would be “When Mark met Kelisa”. Kelisa Wing is the Department of Defense Education Activity Chief of Diversity, Equity, and Inclusion. She is racist as the day is long. Helps explain why Milley is so woke and exploring his “white rage”. Who is Kelisa Wing?

On paper, looking at the achievements of Miss Wing, she is a stand out. Wing is a retired Staff Sergeant with the U.S. Army. “She holds a bachelor’s degree in English from the University of Maryland, a Master of Arts in Secondary Education, and an Educational Specialist degree with a concentration in Curriculum, Instruction, and Educational Leadership from the University of Phoenix. She is an experienced teacher. She is the first Chief of Diversity, Equity, and Inclusion for DOD. Don’t let her anywhere near any child of any color.

From the New York Post here are some of her racist comments:

“I’m exhausted with these white folx in these [professional development] sessions,” Wing, who oversees curriculum at DoDEA, tweeted in June 2020, according to Fox.

“[T]his lady actually had the CAUdacity to say that black people can be racist too … I had to stop the session and give Karen the BUSINESS … [W]e are not the majority, we don’t have power,” the diversity chief continued.

“Caudacity” is a portmanteau referencing audacity expressed by white people.

“[B]eing antiracist means being active against racism … you will NEVER arrive … stop centering this on whiteness,” Wing said.

In another post, Wing responded to another user who criticized an article she had written that claimed “racism is ingrained in the very fabric of our country,” and called on teachers to dismantle “racial oppression,” Fox reported.

She’s additionally called former President Donald Trump the “whole boy version of a Karen” and his former secretary of education, Betsy DeVos, “the queen of Karens.”

What part of Diversity and Equity is Miss Wing promoting. “I had to stop the session and give Karen the BUSINESS … [W]e are not the majority, we don’t have power” Six years in the U.S. Army and all that education. If she gave Karen the BUSINESS, she must have “thought” she had POWER.

Miss Wing has written lots of books about racism. And, don’t bother. They are insulting to anyone with a brain stem. More from the Post:

In another book Wing co-authored, titled “What Is Anti-Racism?,” she reportedly makes unfounded claims including that “the modern idea of ‘race’ was introduced by the National Party in Germany,” despite a long history of conceptions of race and racism predating Nazi Germany, according to Fox.

In another book Wing co-authored, titled “What Is Anti-Racism?,” she reportedly makes unfounded claims including that “the modern idea of ‘race’ was introduced by the National Party in Germany,” despite a long history of conceptions of race and racism predating Nazi Germany, according to Fox.

I found a video from three months ago, after she was made Chief, with Kelisa Wing. She Zoomed into the Students for Equitable Education Summit as their featured speaker. I thought she was supposed to talk about the school to prison pipeline. Instead, she talked a whole lot of Buddhist Psychobabble about centering yourself and breathing. If the military needs to use enhanced interrogation on anyone, I would suggest using this video:

Once again, I ask, did this woman learn nothing in six years in the Army? The Army is a great leveler. I bet General Milley was a giggling little girl while he was centering his breathing and grounding himself with his feet on the floor.

I can solve racism and the school to prison pipeline with two facts:

Fact 1 – Class is a more accurate predictor of incarceration than race.

Fact 2 – Education competency breaks the school to prison pipeline. Ensure that all children, regardless of race, religion, or creed can read and do arithmetic at grade level. Teach nothing else until they can.

Kelisa Wing, like Mark Milley, is what’s wrong with education and the military.