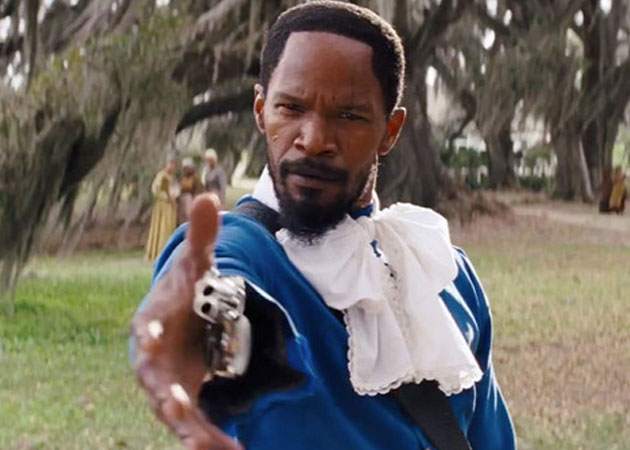 Shocker. Jamie Foxx came to rally on the side of Tarantino at the Hollywood Film Awards this past weekend.

“Keep telling the truth, keep speaking the truth and don’t worry about none of the haters.”

The Django Unchained star was referring to the recent backlash Tarantino has faced in light of his comments at a police brutality protest in New York City last week. The backlash continued:

LAPD, NYPD, Philadelphia PD, Houston PD and Chicago PD joined hands in boycotting Tarantino’s films including, but not limited to his latest release, The Hateful Eight:

“Film director Quentin Tarantino took irresponsibility to a new and completely unacceptable level this past weekend by referring to police as murderers during an anti-police march in New York,”-The Los Angeles Police Protective League.

“Mr. Tarantino has made a good living through his films, projecting into society at large violence and respect for criminals; he it turns out also hates cops,” –Statement from the Philadelphia police union.

“Not only should this person offer an apology to our entire Law Enforcement community, he needs to specifically address the women and men of the NYPD who his insulting words were directly aimed at. Furthermore, we ask that every member in the Law Enforcement community to take a moment to speak with your immediate and extended family members, friends and neighbors and ask them to stand with our Sisters and Brothers in Law Enforcement in this national boycott of his work.”-Official statement from the Chicago police union.

“To use inflammatory rhetoric and imply that police officers are murderers does nothing to repair the fractured relationships with the community, it simply makes things more difficult and only deepens the divide.”-Houston Police Officer’s Union

The National Association of Police Organizations based in Virginia and representing more than 1,000 police units and associations, and more than 241,000 sworn law enforcement officers, also joined the boycott, according to The Hollywood Reporter.

“I love my son and have great respect for him as an artist but he is dead wrong in calling police officers, particularly in New York City where I grew up, murderers. He is a passionate man and that comes out in his art, but sometimes he lets his passion blind him to the facts and to reality.” 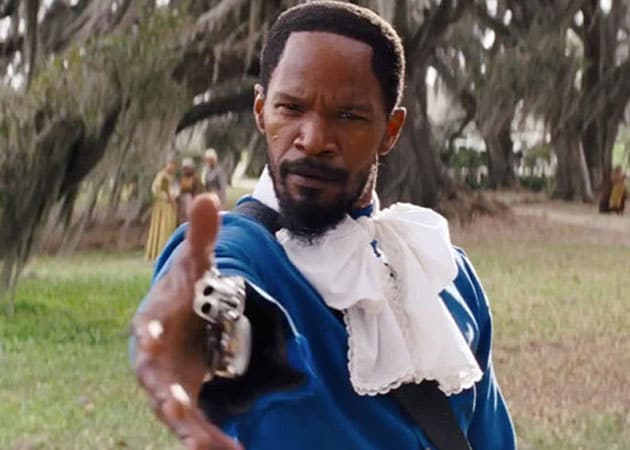 BOOM. Like most of Hollywood, blind to the facts and to reality. Now, Jamie Foxx wants Tarantino to keep speaking the “truth.” I guess they are speaking the “truth”, their truth. The Hollywood truth. We all know our crazy actors and producers live on their own private island free of gang violence and guns but they love to write about and portray thugs in the movies and take their paychecks to the bank. I’m certain that Quentin Tarantino would be completely okay with living in ghetto of the Washington Heights neighborhood of Manhattan and Jamie Foxx would perfectly fine sending his children to a public school in the South Bronx sporting a huge poster that proclaims “Gun Free Zone”. Yep. And the cops? Who needs them and their “violence”?! They’re just speaking the “truth”.