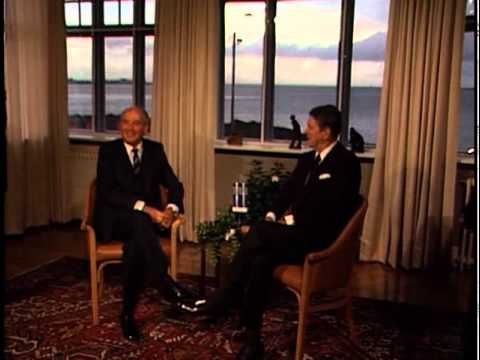 For better or for worse, the United States and Iran are on the brink of coming to a deal on nuclear energy with an announcement possibly coming today. A senior Iranian official told CNN that “There are two or three things that need to be worked out.” Secretary of State John Kerry, speaking of his Saturday meetings with Iranian Foreign Minister Javad Zarif, told reporters on Sunday, “We had a very good meeting. Positive. I think we’re getting to some real decisions so I will say — because we have a few tough things to do. I remain hopeful. Hopeful.” While officials have said that the earliest an agreement could be reached would be Monday, oil prices opened lower in Singapore on Monday in anticipation of a possible glut of new Iranian oil on the market.

One of the biggest sticking points in the negotiations has been Iran’s demands that an arms embargo be immediately lifted (supported by Russia), along with a ban on a 2006 ballistic missile program. Other issues include inspections of military sites, sanctions relief, and Tehran’s accountability for its past nuclear activities.

Israel is not enthusiastic about a possible deal. An angry Israeli Prime Minister Benjamin Netanyahu, long a critic of the talks, warned:

“The ruler of Iran, Khameini, is quoted as saying that Iran needs to plan to fight the US regardless of whether there is an agreement. The president of Iran, Rouhani, stands at the head of the march of hatred in the streets of Tehran, in which US and Israeli flags were burned, and in which many chanted ‘Death to America’ and ‘Death to Israel.’”

“All of this is happening as the parade of concessions to Iran continues in Vienna, concessions even on issues that had been marked as red lines in the Lausanne package, which is a bad deal in its own right. It paves Iran’s way to many nuclear bombs and gives it hundreds of billions of dollars for its terrorism and conquest machine, thereby endangering the peace of the entire world.”

And Ehud Yaari, Israel’s most respected Middle East analyst, claims that the Americans “have made a series of capitulations over the past two to three weeks in almost every key aspect that was being debated.” Such concessions have included permitting Iran to continue to enrich uranium, develop centrifuges, and maintain a plutonium-producing reactor.

On Friday, in observation of Quds Day, Iranian crowds chanted “Death to America” and “Death to Israel” as they burned images of President Obama and Prime Minister Netanyahu at a state-sponsored rally. 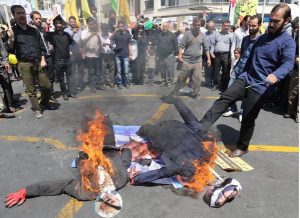 Oren Kessler, a Middle East analyst and a Deputy Director at the Foundation for Defense of Democracies, also took note of the demonstrations:

A report issued last week by Germany’s Federal Office for the Protection of the Constitution revealed that Iran continues to seek illegal technology for its missile and nuclear programs. For a long time Iran has attempted to obtain such technology from German companies, including industry computers, high-speed cameras, cable fiber, and pumps for its nuclear and missile programs.

Obama is intent upon using an agreement with Iran — no matter how egregious — to cement a foreign policy legacy. The implications are ominous. This deal will legitimize the nuclear program of a nation that is a sponsor of terrorism and committed to the destruction of the United States as well as our ally Israel. Furthermore, a bad deal such as this would lead other Mideast states to begin their own uranium-enrichment programs — an arms race in the Middle East could be disastrous in that powder keg.

We once had a President who refused to make a bad deal with an adversary. In October of 1986, President Ronald Reagan came to an impasse with Soviet leader Mikhail Gorbachev during nuclear missile talks held in Reykjavik, Iceland. Gorbachev wanted to limit America’s Strategic Defense Initiative (SDI), but Reagan said nyet, holding fast to his vision. Talks broke down but resumed the following year, when the two leaders signed the Intermediate Range Nuclear Forces Treaty (INF).

That’s how a real leader holds firm in protecting his nation. But Obama simply wants to give away the store in order to fortify what he thinks are his bona fides as a world leader. Instead he has established himself as doormat for a nation that despises the United States and sponsors terror worldwide.