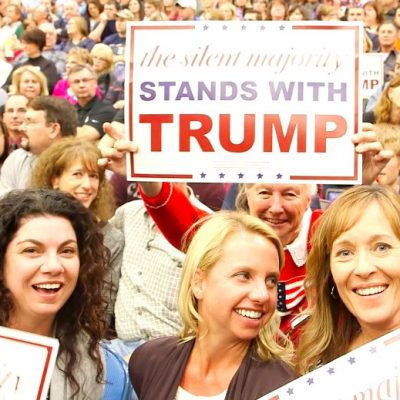 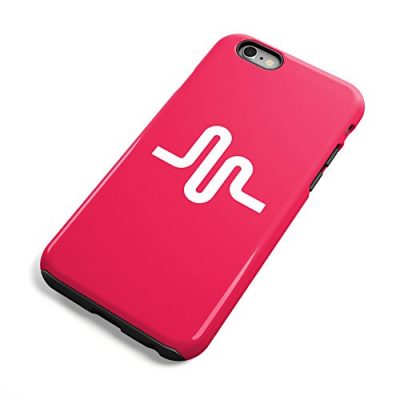 Next post
Musical.ly: My (Less Than) 24 Hours of Parenting Hell 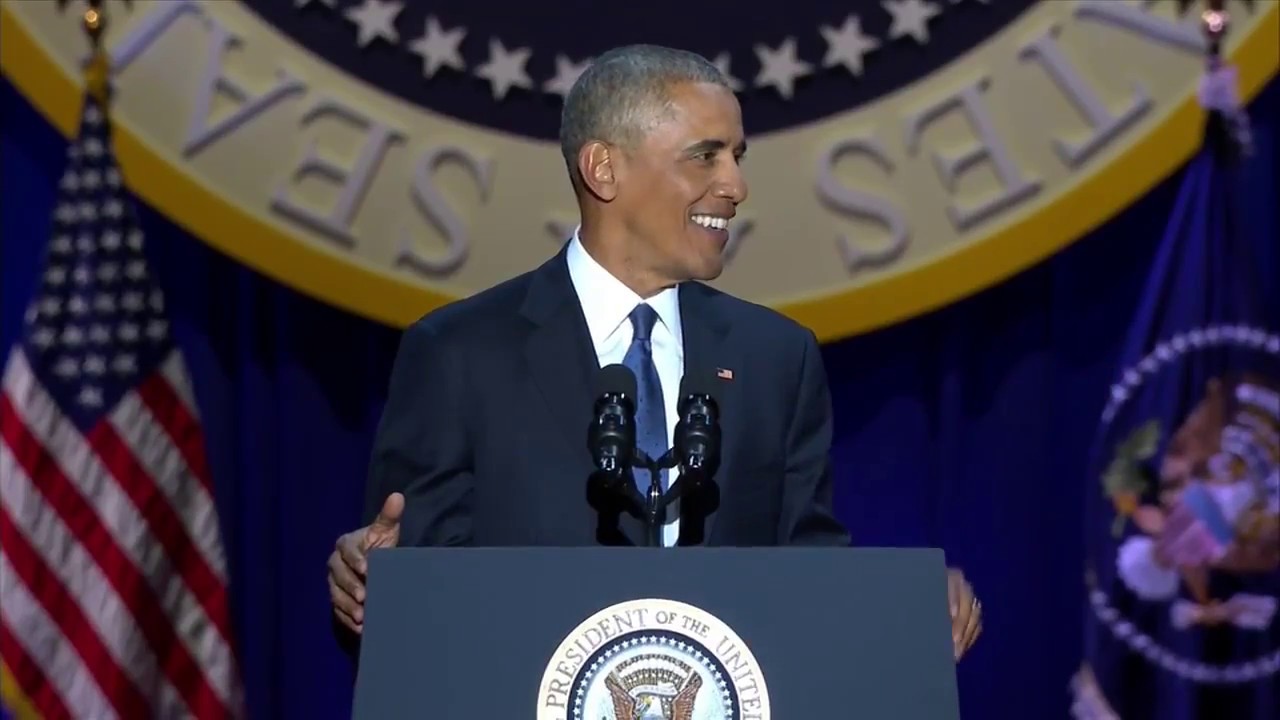 Entertainers’ refusal to perform at the Inauguration is their right. It’s also a big FU to America. If that action weren’t enough, multiple social justice warriors are planning to actually disrupt the event. Both groups are doing their part to undermine the American tradition of peaceful transfer of power. Two sides of the same coin.

Some entertainers, and others, have refused outright to perform at the Inauguration. Some have accepted, then backed out after they were criticized by those on the Left. The stated reasons boil down to wanting to retain their “integrity” by separating themselves from performing for Donald Trump. Trump is so terrible they cannot be associated with him. (The true reason is that they have been bullied into compliance).

Holliday is one who had accepted, but then read a Daily Beast piece where the LGBT community bashed her and she dropped out. She said,

In light of the information pointed out to me via the Daily Beast article on yesterday, my only choice must now be to stand with the LGBT Community and to state unequivocally that I WILL NOT PERFORM FOR THE WELCOME CONCERT OR FOR ANY OF THE INAUGURATION FESTIVITIES!

Initially she defended herself when she said,

She said she was “uneducated” but now she has seen the light:

“I sincerely apologize for my lapse of judgement, for being uneducated on the issues that affect every American at this crucial time in history and for causing such dismay and heartbreak to my fans,” Holliday wrote.

She is right that she is un-educated, in the sense that her education, her understanding of what the Inauguration is about, has been un-done. She was right to first say it is about the people, but the Left have sufficiently bashed her about head and shoulders for her to now understand that apparently we don’t elect public servants, but kings.

The Left, as recently as last week when they were chanting “Four more years!” during Obama’s farewell speech, elevates their leaders to the heights of royalty. That is why they circle the wagons and minimize any of their substantial frailties and missteps. Kings do not make mistakes! Kings are perfect! When you think that way about your leaders, it makes perfect sense to refuse to perform for someone you don’t like.

But the inauguration is not, or should not be, about the person elected president. Granted, the last two have been ALL about the person, so I can see where these people have gotten the idea that the president is a deity. How many photos were published with a halo around Obama’s head? 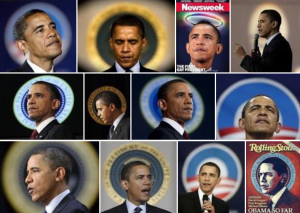 What is really happening when these people refuse to “perform” at the Inauguration is that they are refusing to “participate” in a great American tradition. They are undermining the process of peaceful transfer of power. They are disengaging from the idea of coming together to solve problems. They are disrespecting the foundational values most Americans hold very dear.

In case you think I am painting with too broad a brush, here it is in their own words from people on their side – activists who intend to not just ignore the inauguration but to disrupt it:

Protestors are also planning on blocking roads and disrupting inaugural balls. (By the way, Trump is only having three, in comparison to the 10 that Obama attended, so the protestors will have less work this time).

[T]he protesters blockading each checkpoint will represent a different liberal cause such as climate change or money in politics. …. Organizers for #DisruptJ20 are planning to kick off the inauguration protests on Jan. 18 with a gay dance party outside of Vice President-elect Mike Pence’s Chevy Chase, MD home. …. The individual with intimate knowledge of the protests told TheDC that property damage will likely result from the protest.

Those refusing to participate in the Inauguration would likely publicly distance themselves from promoting property damage, but there is no doubt that they share the same sentiment to provide as many obstacles to America moving forward with a new president.

The idea of peaceful protest is something the American public supports, even when they don’t agree with it. And sure, you can do that in this this country, but don’t always expect to be lauded for it. Colin Kaepernick’s little stunt of kneeling during the National Anthem is the perfect illustration of this idea. The only reason why he has the freedom to be disrespectful is because of American values. Stand up and respect the values! Your message will get much more credibility if you show you understand and cherish those things that the American ideal represents, and by which you are protected for your views.

Invited to the Inauguration? Get your butt to Washington and participate, but only if you love America. Perhaps they would rather live in a country where those freedoms are not respected? Apparently they would like to live in a place where only their values are respected, but not those with whom they disagree, so they miss the lesson of tolerance altogether. And they take their freedoms – which belong to EVERY American – for granted. Lefties, it gets tiresome protecting your freedoms when you have no respect for mine. Just saying.

Their hypocrisy is being exposed at a fever pitch these days. Many celebrities have no qualms about performing for actual dictators, but seek to label Donald Trump as a danger to America. As Victor Davis Hansen has explained many times, it’s all about perspective.

The difference between a reckless Trump, Clinton, and Obama is not necessarily one of temperament, sobriety, or judgment, but often one of delivery and assumed establishmentarianism: For some reason Ivy League accents, government résumés, and liberal fides are supposed to repackage outrageousness as a mere slip, an aberration, rather than a window into a dark soul.

Trump is no worse, and even better, than many of our past political leaders and presidents. JFK, massive womanizer. LBJ, harsh foul-mouthed racist opportunist. Clinton, liar, serial womanizer, sexual harasser, and likely worse. Ted Kennedy, liar, smear artist, entitled by family and political power to hide an actual homicide. Obama? He used skillful oration to hide his feelings of antipathy toward middle America and the foundations of American exceptionalism. In many ways he is the most dangerous president of all because his loyalties never rested with America as she was conceived, but he managed to convince people of the opposite. He has done the most damage, persuading many to believe America is evil.

Don’t get me wrong, I am perfectly happy with the prospect of a low key Inauguration. I share British writer Charlie Peters’ thoughts on how out of control government affairs have become. A more modest Inauguration ought to set the tone for Trump’s presidency:

Let’s hope it stays that way, because Trump is accidentally doing something conservative. As conservatives, we prefer the executive to govern in a restrained and grounded manner, not rule under the impression of regality. In order to maintain this kind of governance, reducing the grandeur and cost of state events is necessary. Inaugural traditions should remain limited so that we, and the new president, can focus on the crucial value they represent: the smooth continuation of leadership of a republic. Rampant celebration of a new leader threatens to dilute this value and allow new presidents to consider themselves as something more than servants of the people.

It is definitely the majority of people that I talk to who voted for Trump as a last resort. Hillary was a deal breaker and could not be allowed, or enabled, to enter the Oval Office. So, as conservatives we make lemonade out of lemons. The Left likes to make a lot of noise, and is frequently successful with the tactic. Many Americans are waking up to the fact that just because they are loud, they are not right. Stay the course America. Keep Trump in compliance with the Constitution and support his ideas that are good for America. An Inauguration focused on The People, not the person, is a great start.