Next post
Black Lives Matter Rioters Taste Their Own Medicine 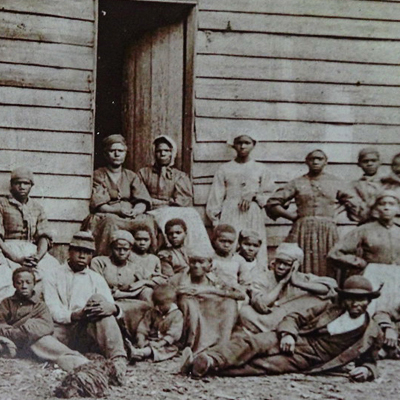 Political activists have used the hunger strike many times in order to achieve their political goals. Mahatma Gandhi was perhaps the champion of the hunger strike, having gone through 17 fasts over his political career. Recently Alexei Navalny, a Russian dissident, started a fast in March which ended in April. But he’s now back in prison. Vladimir Putin, apparently, didn’t experience a change of heart.

Now add Rachelle Zola of Chicago to that list of hunger strikers.

That’s okay, I never heard of this woman either before her story showed up in my online edition of the Chicago Tribune. The article about Zola is a fluff piece designed to show how this 73-year-old woman has engaged in a hunger strike for slavery reparations. It also demonstrates her allyship with the black community, one supposes. Zola promised to subsist on water, Pedialyte, and bone broth for 40 days to make Congress pass HR 40. That’s a bill that would establish a federal commission to hold hearings on slavery, discrimination, and proposed remedies.

What’s more, Rachelle Zola is willing to die for this cause.

“Am I willing to die for my brothers and my sisters when there’s an injustice? The answer is yes.”

Rachelle Zola may be 73 years old, but she’s using platforms that millennials use in order to spotlight her hunger strike. Like YouTube, for example, on which she has her own channel and where she showed how alert and spunky she is on Day 32 of her fast, which was Sunday. She also reminded viewers that they need to “educate themselves” (I am so sick of that phrase) for an “equitable society.”

Rachelle Zola may be enthusiastic about slavery reparations as “justice.” She may also serve as an inspiration for liberals by starting a hunger strike at an advanced age. But she’s really a self-serving white woman with a deeply embedded savior complex, a white woman who didn’t even have a black friend until 2015.

Zola isn’t from Chicago, nor does she hail from greater “Chicagoland.” In fact, she never even visited the city until 2019. That’s when, as the Tribune reporter wrote, “she bought a 1969 Mercury Sable with no heat and an oil leak, and drove here from Tucson, Arizona, with a single goal.” (Never mind that Mercury didn’t produce the Sable until 1985. Forget accuracy — the narrative is what counts.)

Rachelle Zola wanted to live among people of color. So she moved to the North Lawndale neighborhood, which has one of the highest crime rates in the city. Then she began attending meetings and seminars, while Lawndale residents scratched their heads at this elderly white woman who listened to their stories.

Rachelle Zola blames herself for not being more informed. Or, “anti-racist,” as the current vernacular goes.

Now she wants to “save” her black friends by pushing HR 40 and slavery reparations.

But this isn’t Rachelle Zola’s first rodeo at being a white savior for the downtrodden. At the age of 59, she left her husband — the “love of her life,” she says — to join the Peace Corps. The Peace Corps sent her to Jordan, where she, as a former special education teacher, conducted teacher training. Then in 2016, she went to Ecuador to work in a children’s home. She’s also worked in Mexico. 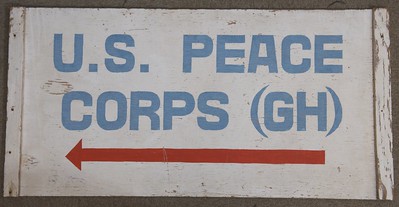 As for her marriage — that didn’t survive. Rachelle Zola has been divorced for the past seven years. Marriage becomes second fiddle to someone who wants to save the world.

Now there’s nothing wrong with helping people who live in dire straits. Christianity, for example, has been providing charity ever since its inception. Catholic Relief Services has been such a force, as has my own church body with Lutheran World Relief. Samaritan’s Purse, run by Franklin Graham, also provides relief for disaster and poverty throughout the world.

And how could anyone forget the example of Mother Teresa of Calcutta?

But there’s one huge difference between all those charities and Rachelle Zola: none of them demand taxpayer money to fund justice. They ask for donations, yes. But Zola wants to force overburdened citizens — largely from the middle class — to fund her pet cause. A cause which will do nothing to stem the massive black-on-black crime waves gripping Chicago and other cities.

Perhaps Rachelle Zola can start a hunger strike to stop the violence in her own Lawndale neighborhood. After all, there have been 15 homicides in that ‘hood so far this year. But that wouldn’t get her much media coverage, would it?