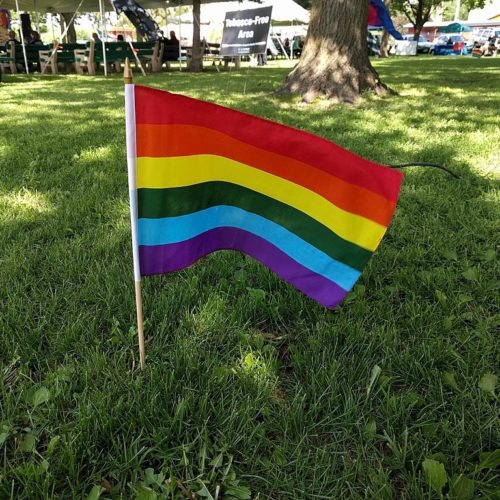 Because SCOTUS and the Republicans are quick to take away rights to free, on-demand abortion at any time, the House voted for a bill yesterday to protect marriage equality.

I know what you’re thinking: “Isn’t the right to marry any person you want regardless of their race or gender the law of the land?” Didn’t Barack Obama put those wheels in motion in 2015? Why, yes, he did after Obergefell v. Hodges, the 2015 ruling protected same-sex marriage as a Constitutional right.

But even though same-sex marriage is a Constitutional right, it is not protected, you see. Jerrold Nadler in the House to the rescue, yo!

If passed by the Senate and signed into law, the Respect for Marriage Act would also require that individuals be considered married if they were wed in a state where marriage was legal. The provision, according to the House Judiciary Committee, ensures that same-sex and interracial couples are treated equally to other married individuals at the federal level.

This was a preemptive measure from the House after (the media) stirred up a panic about what Justice Clarence Thomas may be eyeing next to make liberals’ lives a living hell. On the docket: contraception and gay marriage, apparently.

So, the House comes up with this bill which passed on a passed in a 267-157 vote, with 47 Republicans joining all Democrats in supporting the measure. Who were these Republicans? GOP leadership such as Conference Chair Elise Stefanik (R-N.Y.) and National Republican Campaign Committee Chair Rep. Tom Emmer (R-Minn.) and curiously, Liz Cheney (we think she’s trying to get back on her sister’s good side).

The House has done its virtue-signaling for the week. Those “terrible people in robes” are going to take away everything including liberals’ birthdays. (Ahem-again, at least some of them get to have one.) Don’t believe a single thing Justice Alito said about not reversing other rulings. And, that Clarence Thomas? Well, he clearly just doesn’t like gay people because he mentioned Obergefell v. Hodges but not Loving v. Virgina. Why? This, according to Jerry Nadler:

"He didn't mention Loving for some reason…maybe the fact that he's intermarried and so is Senator McConnell, maybe that had something to do with it." pic.twitter.com/wvSFyQOqw8

Because Justice Thomas is intermarried. ‘Scuse me? Now, who is the biggest racist in the room, Jerry?

"He didn't mention Loving for some reason…maybe the fact that he's intermarried and so is Senator McConnell, maybe that had something to do with it." pic.twitter.com/wvSFyQOqw8

Nadler is probably still looking for the “whites only” restroom. That is, if he makes it to the restroom. Oh, who am I kidding? We cannot even segregate restrooms by gender in states like California, Washington and Oregon. That’s true bigotry. We need co-ed restrooms with cool communal sinks to show how “inclusive” and “culturally responsible” we really are here on the left coast. We need house signs that say how “diverse” we truly are because “love is love”…even when you’re, uh, “intermarried”. And boy, oh, boy. I cannot wait to hear what our POTUS says about this considering his track record:

In 1996, Biden voted for the Defense Of Marriage Act, which defined marriage as between one man and one woman.

In the 2000s, Biden claimed that same-sex marriage was a ‘state’ issue and repeatedly said that marriage was “between a man and a woman”.

Biden refused to characterize a Constitutional marriage amendment as ‘writing discrimination into the Constitution’.

Biden suggested he was opposed to the ‘timing’ of the marriage amendment, not its substance
In 2008, both before and after he became Obama’s Vice-Presidential nominee, Biden said he opposed same-sex marriage.”-The American Presidency Project

In the old coot’s defense, he probably does not remember back that far. But the House has done it’s part. Marry whatever gender you want. Hell, even “intermarry“, as our old pal, Jerry calls it. Keep in mind, it’s still illegal to marry your dog. But if your girlfriend identifies as a dog on Tuesdays, it’s cool. Respect for Marriage!