Next post
Who's insane-the mentally ill, or the courts that keep them from the help they need? 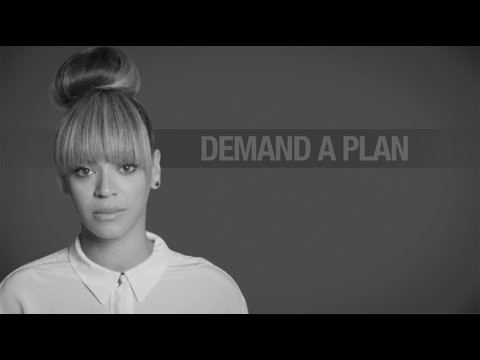 There have been loud calls from the Left for gun control legislation after psycho-creep Adam Lanza killed 26 women and children at Sandy Hook Elementary School in Newtown, Connecticut a couple of weeks ago.

First, there was this: A full-page ad in support of the Mayor’s Against Illegal Guns “Demand a Plan” campaign, was taken out in Dec. 19’s New York Times by control freak and NYC Mayor Bloomberg and it shows signatures from more than 100 public figures, including Arianna Huffington, Lady Gaga, Martha Stewart, MC Hammer, Goldie Hawn, and Ken Burns. The ad says in part:

“The time has come for courage,” the ad reads. “The Courage to make our schools and workplaces, our shopping malls and movie theaters — all the places we share every day — safe from gun violence. The courage to stand up to the NRA — to put human life ahead of extreme ideology. The courage to ban weapons of mass murder that at anytime, anywhere, can turn America into a killing field.”

“We cannot let the latest massacre fade into memory — another horrible headline followed by indifference and inaction,” the ad continues. “We must speak for those whose voices will never be heard again. e must speak truth to those in power — and insist that now is the time to do what is right instead of pandering before merchants of death.”

Everyone knows that gun violence is not usually committed by law abiding normal people. There was nothing normal about Adam Lanza. Yet, seeing opportunity, the mantra from the Left continued with this Nincompoop being a gun control mouthpiece on his Sunday talk show. But thankfully, it looks like there may actually be consequences for his jackassery!

And when it looked like a wee bit of sanity might prevail, enter the Hollywood hypocrites with their predictable “provoquer de la journée.” Yes! They make a cause video!

This time, their video “Demand a Plan” is aimed at raising public awareness on gun control following the Newtown shootings. But they didn’t let us down. This video is just like every other celebrity cause of the day video in which a bunch of celebrities are repetitively saying the same sentence and then repeating a key word for emphasis – like we’re all dumb or something.

Well, ok. Some of us *insert “Obama voters” here* are.

Anyway, the Hollywood video on gun control is unremarkable in both its message and hypocrisy. Consider the point that these celebrities, who live behind armed security as much as they want, really have no business telling the rest of us that we can’t defend ourselves. Also, these celebrities are “demanding a plan” to deal with gun violence. But, the NRA offered a plan last week. It was the same plan that Bill Clinton offered some years back — more security in schools – yet crickets from the Hollywood Brain Trust.

I guess this video was like all their other cause videos: doing something noble for the little people…entitled hypocrites. Here’s the “Demand a Plan” video:


It’s simple really. There is evil in the world. There are really sick people who walk among us. No amount of dopey Hollywood hypocrite videos or gun control laws will stop another Newtown from occurring. We need to be able to protect ourselves.