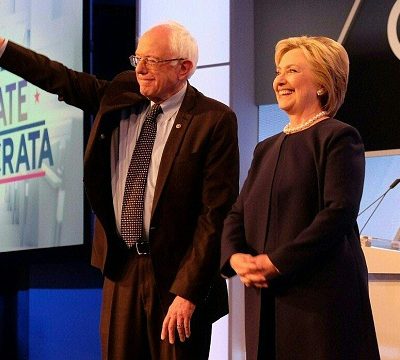 Next post
Quote of the Day: Why won't Breitbart defend Michelle Fields after she was attacked by a Trump aide?

At this point the GOP needs a hero or two.  To overstate the obvious, the GOP is in a very very bad place. Leon Wolf at Redstate made that point very well here:

The greatest heroic story in the history of the world is the story of Jesus Christ. One of the fascinating things about the story that has reshaped the entire world and been the most important transformative force in history is that it isn’t a story about a hero in the traditional sense of the word. In the Bible, Jesus did not come with a flaming sword, beheading the enemies of God and winning mighty earthly battles.

He was a King but not an emperor. There is a big difference.

What made Jesus the hero whose story changed the world is that Jesus could have been a conquering hero, but chose instead to lay down his life for the greater good. In fact, Jesus’ supporters were constantly trying to change him into an Alexander the Great, wanting him to rise up and overthrown the Roman authority, but Jesus refused. Instead, Jesus voluntarily allowed himself to be led to the slaughter for the sake of something greater. And that is why his followers have been such a force for so long.

Sidenote: Not that Mr. Wolf nor I are calling any of the candidates our Savior but the point is to sacrifice what one person wants for what is called the greater good because:

The GOP right now is on the edge of absolute disaster. The nomination of Donald Trump will end the party as we know it. As a probable result, the country as we know it will cease to exist. This is happening in spite of the fact that Trump still is not able to break 40% in the national polls. The reason it is happening is because Ted Cruz, Marco Rubio, and John Kasich all want to be Alexander the Great, and nobody wants to be a real hero like Jesus Christ was.

In other words, Cruz, Rubio and Kasich please come to an agreement and back the last man standing completely and unconditionally and motivate your supporters to do the same. We want the most electable conservative candidate, not an orange faced fascist. And a fascist with a very low approval rating and the ability to unite all sorts of random groups in opposition to him.

We are Republicans. We are Democrats. We are Independents. We are joining in unison to say https://t.co/LdMzOTzMwf pic.twitter.com/SaabRyj0II

I could vote happily for Cruz, Rubio or Kasich but #NeverTrump.  If the GOP nominates the fascist the outcome will be disastrous. You will destroy strong local and state candidates for every office including dogcatcher for years by doing you and not thinking strategically.  I would like the GOP to clean up its act and be grown ups before the convention in Cleveland.  And that three men decide to work together soon and be a hero not a clown.