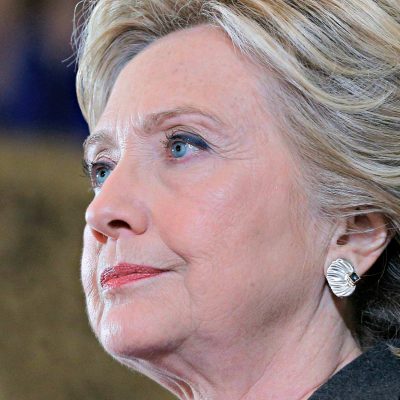 Hack Attack: Did the Russians Really Hijack Our Election? 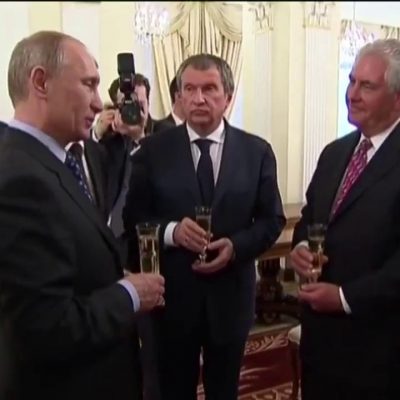 Next post
Who Is Rex Tillerson, Trump's Pick For Secretary of State? [VIDEO]

Hack Attack: Did the Russians Really Hijack Our Election? 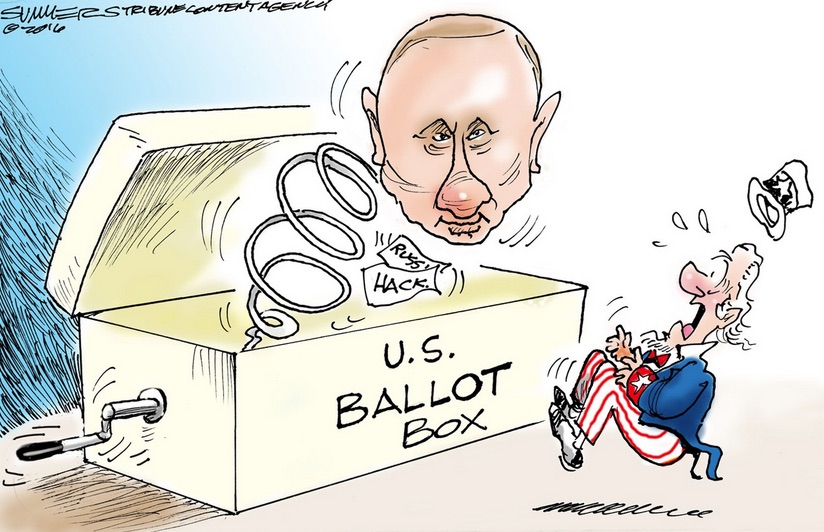 Barack Obama, Hillary Clinton, various Democrats, and liberal media throughout the nation remain sore losers. They continue to insist the reason that Hillary Clinton lost the election is everything but why she actually did. From racism to sexism to Russian hackers, they just can’t accept that they won’t be inhabiting the White House again for at least another four years. And their newest scheme—as covered by Nina here—comes in the form of a handful of rogue electors who are demanding a security briefing before they cast their votes in the Electoral College next week. And guess who’s backing them. If you answered Hillary “Threat to Democracy” Clinton, you’d be right:

She really should be the next contestant on The Biggest Loser.

Wondering if the electors can actually get that security briefing? Well here is the legal answer via @law_newz https://t.co/J1ST2zpskh

While of course we should be concerned with any foreign country interfering in our elections, the question is: did the Russians have anything to do with altering the outcome of the presidential election? In a word: no. First, the Democrat Party was decimated, not just at the White House level, but, with the exception of the dual coasts, all across the nation. Second, Wisconsin finished its ludicrous Jill/Hill recount and the outcome was the same, in fact increasing Trump’s vote count. Third, Wikileaks Founder Julian Assange, backed up by an associate, asserts the DNC emails—the emails Hillary et al insist swayed the deplorable electorate—did not come from the Russians:

…a former British ambassador to Uzbekistan, Craig Murray, said he has met the person who gave the DNC emails and it was not the Russians.

“I know who leaked them,” Murray told The Guardian. “I’ve met the person who leaked them, and they are certainly not Russian and it’s an insider. It’s a leak, not a hack; the two are different things.

Murray, who is a close associate of Wikileaks head Julian Assange, explained it further on his website.

“As Julian Assange has made crystal clear, the leaks did not come from the Russians. As I have explained countless times, they are not hacks, they are insider leaks – there is a major difference between the two,” he wrote. “And it should be said again and again, that if Hillary Clinton had not connived with the DNC to fix the primary schedule to disadvantage Bernie, if she had not received advance notice of live debate questions to use against Bernie, if she had not accepted massive donations to the Clinton foundation and family members in return for foreign policy influence, if she had not failed to distance herself from some very weird and troubling people, then none of this would have happened.”

There’s the distinction. Leaks are not hacks. And to this I say: love him or hate him, when has Mr. Assange ever lied to us? When has a successful challenge been lobbed against anything he’s published? On the other hand, the current federal government has deceived us. Over and over and over.

Julian Assange Associate: "It was a leak, not a hack and the DNC insider is NOT Russian".#MondayMotivationhttps://t.co/Z59U6KDtTP

Meanwhile, do you know who actually did interfere with a foreign election? Barack Obama, that’s who. In Israel. In opposition to Benjamin Netanyahu. Using our tax dollars:

After an extensive investigation, a bipartisan Senate subcommittee issued a report in July of this year stating that the non-profit organization OneVoice, which had received hundreds of thousands in taxpayer money from the State Department, had actively campaigned against Netanyahu during the 2015 Israeli election.

The Senate report confirmed what Netanyahu’s team had said back in 2015: Obama had played a far more active role in the Israeli election than the American media had reported. Netanyahu’s campaign specifically cited the involvement of Obama political operative Jeremy Bird and OneVoice, which they said had funded a campaign called V15 against the Israeli leader.

And let’s not forget how he bullied Brexit voters earlier this year:

So when Mr. Obama feigns concern that a foreign entity may have interfered with our election—in this case, Russia—he’s being the perpetual hypocrite that he is. Where was he when Hillary’s server was being hacked by foreign entities? Where was he when China repeatedly stole intellectual property from us time and again? Wagging his empty red pen, that’s where. No, Mr. Obama doesn’t believe any Russian “hacking” occurred in the general election on November 8th, affecting its outcome. His intention, in my humble opinion, is a lame attempt to undermine the legitimacy of Donald Trump’s presidency, along with his comrade in crime and Queen of Fake News, Hillary Clinton, whose campaign is jumping on this Bandwagon Du Jour as well. And they still don’t understand that shenanigans like these are one of many reasons why they lost the White House in epic fashion. And why their behavior in the past five weeks is indeed dangerous. From unwarranted recounts, where Hillary Clinton has now lost Wisconsin twice…

…to screeching about unproven hacks, to a handful of rogue electors demanding a security briefing, January 20th cannot get here soon enough.