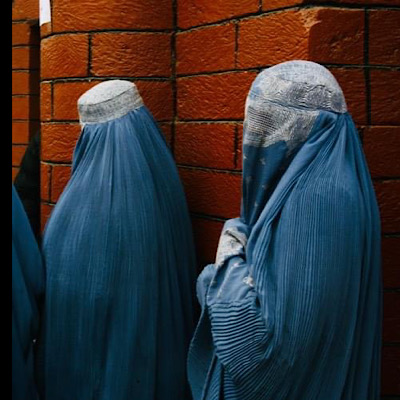 by Guest Writer in Headlines 3 Comments

You have destroyed the truth of this earlier poem.

If you wander far enough
You come back to the beginning.
On T.V.  a woman was
Executed in the open space
Of a soccer stadium
in Afghanistan.
A public spectacle of a woman,
In a burka.  You couldn’t see much
Or understand why she was there.
Before drawn weapons,
People came to see the sport of killing.
That was then, this is now.
Other women are coming out of hiding.
They bring schools into the open.
Into the cold, crisp air of the fall
In Afghanistan.
Schools that had turned into barracks,
Where books were knocked about, bruised,
Where wooden beams were torn down,
Falling apart even before
The Taliban fell together.
But so,
Women shrug their shoulders,
Take off their burkas,
Take back the space
Around them with children.
The stadium is empty of corpses.
The beginning will be the first soccer game,
The first child at a desk,
The book open, its spine trembling
At its history.

2021 And now a different truth

The Taliban are back.
A woman in a burka is shot,
Dies in the road.
A sports coach tells her girls sports team,
Burn your uniforms, hide.  She knows.
Women and girls sold into slavery.
A child thrown over a fence at the airport
To a British soldier:  Save that child.
Sharia law.
Watch out.
Door to door,
Taliban harassment and death.
Christians, hide your Bibles and your beliefs.
The killing fields of Afghanistan
Are operational.

President Biden,
You have erased my truth
About Afghanistan
And left us
With despair and
We aren’t even there.

Our Guest Poet is Norma Sadler, Ph.D., a published poet in literary journals online and in print.