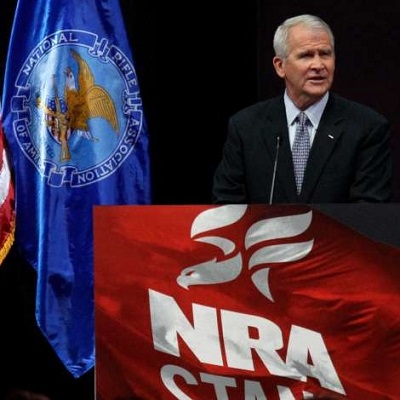 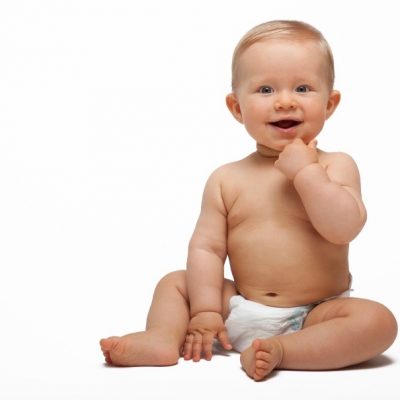 Next post
Motherhood in the Age of Diaper Consent 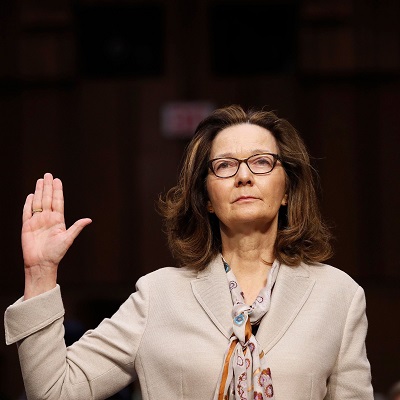 by Marta Hernandez in media 5 Comments

The dimwitted Democrats tortured CIA Director nominee Gina Haspel with imbecilic questions for hours the other day. Same stupid questions, over and over again, just for an opportunity to grandstand in front of the cameras during a high-profile hearing (I think I prefer waterboarding), while the media and Funbags McCain yammered on about torture with froth flecked maws.

However, yesterday’s NBC write-up by some fuckwitted creature named Ken Dilanian really took the cake for full turnip stupid. As a matter of fact, Dilanian passed turnip, and zoomed straight to full rutabaga in a desperate effort to smear a career officer, who dedicated her life to protecting America.

Here’s an interesting bit about Dilanian. His tongue was so far up Obama’s rectum, that he apparently even submitted some of his work for approval by the CIA before publishing it, casting a whole lot of shade on his credibility as a journalist and his objectivity as a reporter.

Ken Dilanian, a former staff writer for the newspaper chain that includes the Los Angeles Times and the Chicago Tribune, had a “closely collaborative relationship with the CIA,” according to the article, published Thursday by the online news site the Intercept.

In documents made public by the website, Dilanian appeared to promise positive news coverage and on occasion sent the CIA press office entire story drafts for review prior to publication. In at least one instance, the CIA’s reaction appears to have led to significant changes in a story eventually published by Tribune newspapers, according to the emails.

“I’m working on a story about congressional oversight of drone strikes that can present a good opportunity for you guys,” Dilanian wrote in one email to a CIA press officer, explaining that what he intended to report would be “reassuring to the public” about CIA drone strikes, according to the Intercept.

Dilanian then left the Tribune and got hired by the AP, which in my view also casts shade on the AP’s credibility, and now he’s writing malicious smears about the first woman who will be CIA Director. Much like he was nothing short of a shill for Obama-era policies, he’s now nothing short of an unhinged loon, working to malign anything having to do with the current administration.

The title of the article is bad, and it only gets worse from there. 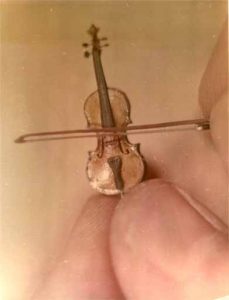 He encouraged more attacks, so I would suggest Dilanian shut his ignorant piehole about apologies.

As I said, the article only gets worse from there. First he goes into a tearful description of how CIA “tortured” information out of Abd al-Rahim al-Nashiri – the fucking mastermind of the Cole bombing! How they strapped him to a board and poured water into his nose and mouth, making him cry.

Now where did I put my smallest violin?

The waterboarding of American soldiers was presented as evidence against Japanese war criminals during World War II. But in 2002, a secret Justice Department opinion — long since repudiated — deemed the technique legal for use by the CIA against al Qaeda. And at a black site prison run by Donald Trump’s pick to be the next CIA director, records show, the treatment was applied on three separate occasions to al-Nashiri, an unrepentant al Qaeda terrorist believed to have caused the deaths of 17 American sailors by planning the 2000 bombing of the USS Cole. A psychiatrist who specializes in trauma later said al-Nashiri was one of the most damaged torture victims she had ever examined.

So let me get this straight.

Dilanian is shedding crocodile tears for the mastermind of the USS Cole bombing, who was waterboarded a whole three times, because Gina Haspel was in charge of the facility where the treatment was applied, at the time when the technique was deemed legal by the Justice Department?

This is what is so upsetting to this biased, unhinged, unbalanced moron, who gets paid to write egregious stupidity on behalf of the Democratic party?

Let me just say for the record that Gina Haspel has nothing to apologize for. She dedicated her entire career to protecting our nation. She has served as a clandestine officer and station chief numerous times, and if you think those positions are easy or safe, I have this bridge to sell you.

After 9/11, our nation was in shock. I remember watching in horror in the conference room at work as the reels of the planes flying into the twin towers played over and over again. I cried when I saw the Pentagon. I tried to call my unit, my NCOIC, anyone really, and I couldn’t get through.

We were hypervigilant. We were horrified. We wanted to get those responsible and hold them accountable. The 9/11 Commission Report highlighted intelligence and law enforcement failures that led to the attacks. America’s national security agencies felt responsible, and wanted to make things right. Our citizens were murdered. Our nation was on high alert. And the intelligence community was convinced another attack was coming and was determined to prevent it and to protect our citizens.

It’s now nearly 17 years later. Our vision is clear, and the intelligence community has assessed and analyzed its actions immediately after the attacks and in subsequent years. In hindsight, would we have engaged in the same techniques to ensure our nation never again is attacked? Maybe; maybe not. Hindsight is always 20/20. But to smear those who desperately worked to protect us from another attack is appalling and disgusting.

I would expect nothing less from a disgraced quasi-journalist who has been shown to be nothing more than a Democrat shill.

Dr. James Mitchell, in a 2014 interview with Megyn Kelly, was finally given the opportunity to defend himself against malicious charges that he engaged in illegal torture.

Yes, the techniques were harsh. So harsh, in fact, that “…it’s emotionally distressing to the people who are administering them. Even though you don’t want to do it, you’re doing it in order to save lives in the country, and we would just have to man up for lack of a better term.”

Mitchell recalled how he initially did not want to do interrogations, and he remembered the instant that he decided to “pony up.”

Mitchell remembered the heroes on Flight 93, telling Kelly that if ordinary people were willing to give up their lives to save the Capitol building, then he should be able to give up his moral high ground to save more lives.

“What we forget is al Qaeda tried to decapitate the United States on 9/11,” Mitchell said.

What we also forget is that while waterboarding in and of itself was not effective against KSM, other enhanced interrogation techniques were, and he eventually ponied up information that probably saved American lives! 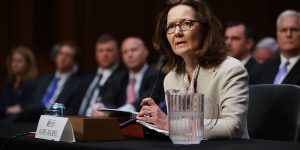 So Gina Haspel has nothing to apologize for. She worked to save American lives. She worked to protect the United States. She has dedicated her entire life to this noble goal, and frankly if that means she worked at a site where a couple of murderous terrorists were made to feel uncomfortable or scared, it certainly should not be a disqualifying factor for her to lead the CIA!

Dilanian needs to shut his foul yap. As a proven disgrace to the journalism field (and that’s saying quite a bit nowadays), who has proven himself to be an apologist for the drone program that many times resulted in civilian casualties and collateral damage and would have been torn apart had it been Republicans and not Dilanian’s hero Obama who was conducting it, he’s not fit to shine Gina Haspel’s shoes.