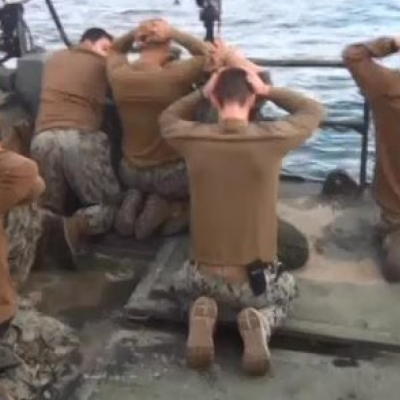 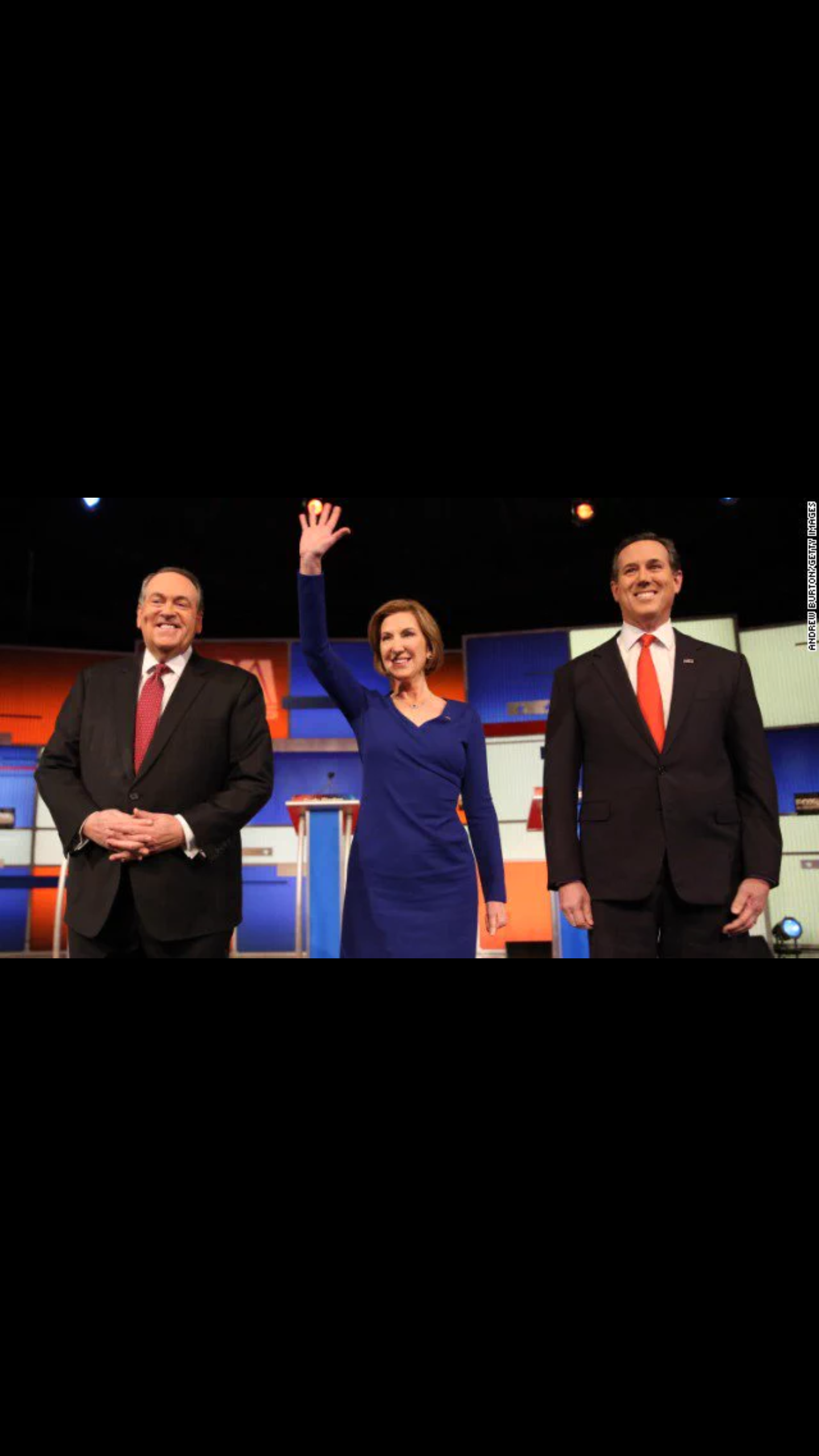 Fox Business Network kicked off the first GOP debate of the election year with an early, undercard debate moderated by the Network’s own Sandra Smith and Trish Regan.

Kentucky Senator Rand Paul boycotted the event and missed a huge opportunity to have his voice heard once again on a less crowded stage. Should have been there in the Holy City, Rand. Three candidates didn’t act like whiny babies and showed up….former Arkansas Governor Mike Huckabee, former Pennsylvania Senator Rick Santorum and former Hewlett-Packard CEO Carly Fiorina.

Sandra Smith’s first question, “How do you see the country, right now?”, allowed all three candidates to hit good solid doubles. Mrs. Fiorina talked about crony corporatists, Hillary Clinton and Donald Trump. Governor Huckabee talked about Obama not being in touch with Walmart shoppers. And, Senator Santorum talked about the loss of manufacturing jobs because of regulation and Obama’s pet Global Climate Change. 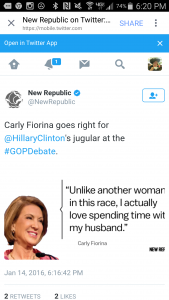 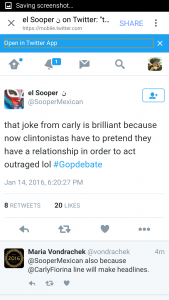 Ok, point of personal privilege. Rick Santorum mentioned that 50 Citadel cadets were in the audience and had them stand up for applause and to tell them that as Commander in Chief he would have their backs. My son is a 2010 graduate and proudly wears The Ring from that Bastion of Antiquity.

However, the echo in the sound system was awful and annoying. I am not the only one who noticed. It didn’t help with the hysteria of Rick Santorum’s delivery. Slow down and calm down, Senator. Deep breaths. 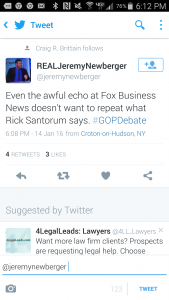 Trish Regan brought up the New Years’s Eve sexual assaults for Mrs. Fiorina and she hit it out of the park. Giving Americans props for being angry and concerned over immigration. Carly Fiorina may not win anything, but she should have a spot in a GOP administration. She understands technology the way no one else on either stage does. And, then Carly said this: 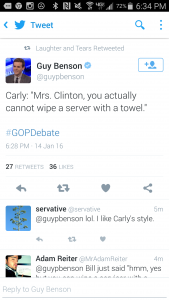 Rick Santorum was right about both EMP’s and immigrants but he sounded like a hysterical teenage girl who spent the weekend binge watching Okami-San and her Seven Companions and sucking down Monsters.

Mike Huckabee spoke clearly and soberly about blue collar workers and he understands them. Both the cleaning lady who cleans his campaign headquarters and the factory worker who spent 40 years standing on the concrete floor. Governor Huckabee is never going to be President of the United States. And, I like him.

The closing statements followed form. Rick Santorum was hysterical. He may be right but, oh sweet mercy, man up, guy. Mike Huckabee was sober and quiet and the only one to make a Pro-Life statement. Carly Fiorina hit it out of the park by saying that everyone wants to see her debate Hillary Clinton and that we would pay to see it.

And, it’s Carly Fiorina for the win!

Remember to check Victory Girls after every debate. We watch so you don’t have to watch.