Next post
Alfie Evans Dies, This Will Happen Again [VIDEO]

The New York Post printed an article that anyone who has ever had a child, met a child or personally been a child should read. The article is “Dad Outraged by Sexually Explicit Question on Daughter’s Homework Assignment”. From the article:

“This needs to be seen. [What the hell] is going on in our schools???” the Florida father asked as he read the question aloud in a video posted to Facebook on Wednesday.

The mulitple choice question reportedly read, “Ursula was devastated when her boyfriend broke up with her after having sex. To get revenge, she had sex with his best friend the next day. Ursula had a beautiful baby girl nine months later. Ursula has type O blood, her ex-boyfriend has AB blood and his best friend is type A blood. If her baby daddy is her ex-boyfriend what could the possible blood type(s) of her baby NOT be.”

Let’s take a look at the video:

This needs to be seen. WTH is going on in our schools??? #FCN

Dad is right. What the Hell?

The school’s response is a master class in unaccountability:

“This was a district-generated worksheet that her teacher just printed offline and it was given to the students,” Austin explained to the local news station. “I want it to be acknowledged. I want it to be reviewed. And I want it to be changed.”

Duval County Public Schools said in a statement obtained by First Coast News that it agreed the question was “highly inappropriate” and confirmed it was not part of a district assessment.

“Immediately upon being made aware of this matter, school and district leaders began conducting a review of the situation. Appropriate and corrective action will be taken,” the district stated. “We encourage parents to contact their school leaders directly if they ever have any concerns about their child’s school and instructional experience so that we can immediately work to problem-solve.”

Public education is a highly expensive proposition. Teachers may or may not be underpaid. Administrators are surely overpaid. The concept of sitting at desks, feet on the floor, facing forward to listen to an “educator” drone on does not work for most people. If you are content to sit like that and repeat back to the “educator” exactly what you have been told, congratulations, you will be a straight “A” student and make Honor Roll.

If, however, you are a dreamer, or a wiggler, or a hands on type human, this will not work for you and you will spend an enormous amount of time in the guidance office, principal’s office or detention. Not that I know from personal experience. 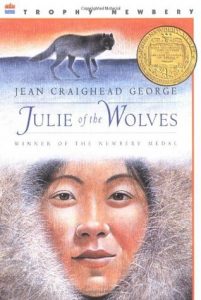 When my son was in sixth grade, he had to read the book “Julie of the Wolves”. One of the greatest joys in my life is reading. So, I picked up the paperback copy (I can’t remember whether we bought it or the school had them) and began to read. I was appalled. “Julie” is raped by her husband, her husband is a drunkard, and she is beaten by her husband.

People wail about images in the media and making children grow up to fast. Naturally, I wrote a note to the teacher about my concerns and, not for the first time, I heard the line that became the bane of my existence:

“Mrs. Williams, you are not an educator.”

I heard this line a lot. Make sure you read it with dripping condescension. Don’t dare ask any questions.

Most people send their little cherubs off to school and expect them to come home some day ready to be sent to the next level. In between times, the parents don’t want to be bothered with any “problems.