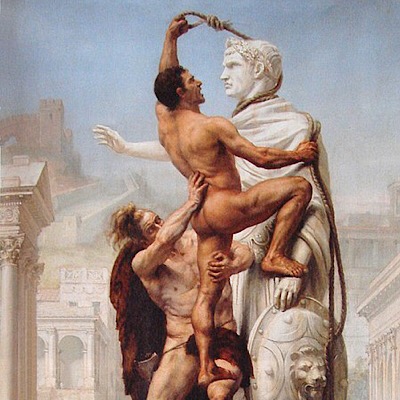 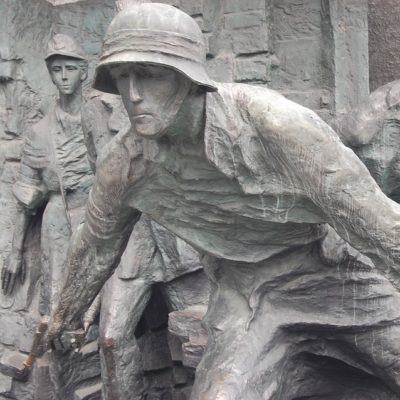 Today marks eighty years since the Nazi invasion of Poland, which is remembered as the official beginning of World War II.

Nazi aggression and atrocities had been building for years up to that point, with appeasement being the foreign policy of far too many other countries when it came to Hitler’s demands. The Soviet Union had signed a non-aggression pact with Germany. When Poland was invaded on September 1, 1939, the Soviet Union followed two weeks later as part of their agreement with Germany. Poland was carved up between the two countries, until Germany attacked the Soviets in 1941.

Today, world leaders came to commemorate the beginning of nearly six years of death and destruction in Warsaw. Vice-President Pence came to represent the United States, and gave an address during the ceremonies.

President Donald Trump had originally been scheduled to attend the event, but canceled as Hurricane Dorian barreled toward the U.S. Pence spoke on behalf of the United States in Warsaw.”

“While the hearts of every American are with our fellow citizens in the path of a massive storm, today we remember how the gathering storm of the 20th century broke into warfare and invasion followed by unspeakable hardship and heroism of the Polish people,” he said.”

The “character, faith, and determination of the Polish people made all the difference,” Pence said. “Your oppressors tried to break you, but Poland could not be broken.”

During the five decades of untold suffering & death that followed the outbreak of WWII, the Polish people never lost hope, they never gave in to despair & they never let go of their thousand-year history. Their light shone in the darkness, & the darkness did not overcome it. pic.twitter.com/pvEodIdxSi

Today, in the heart of Warsaw and before the Tomb of the Unknown Soldier, we gathered to bear witness to the courage of a great people, to the spirit of a great nation, and to the profound and lasting strength of a great civilization. pic.twitter.com/RYldyoWKxj

Of course, at the end of World War II, six million people within Poland were dead, including three million Jews. The Soviet Union would not release its grip on Poland until 1989, when Soviet Union itself was on the edge of collapse. While Vladimir Putin attended ceremonies ten years ago, he was not invited to anything today, Germany sent its president, Frank-Walter Steinmeier, to the ceremony at Wielun, where Nazi air forces attacked with a bombing run that nearly destroyed the entire town.

With eighty years between the start of World War II and today, and with the Greatest Generation quickly leaving us, it seems sadder than ever that not only are the younger generations ignorant of history, but that they seem to revel in their ignorance and arrogance. This has to be stopped. How do you do that? Teach history yourself to the younger generation around you. Take them to historical sites and battlefields. Take them to museums. Watch good documentaries. Have them read age-appropriate history books. Teach them your family history, if that is applicable. You know the public education system cannot be relied on. This is something that we have to take responsibility for within our own spheres of influence.

It’s been eighty years, and in another ten to twenty years, all the eyewitnesses will be gone, and the stories will be all we have left. Don’t let anniversaries and days like this pass without remembering.