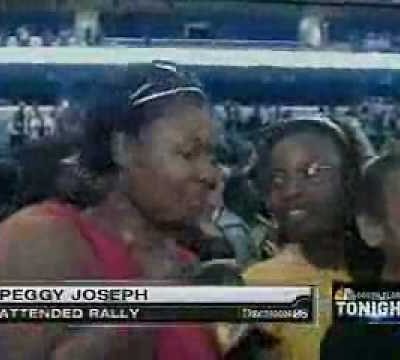 So now, opposing higher taxes and a socialist government makes you SELFISH! So says Obama:

“The reason that we want to do this, change our tax code, is not because I have anything against the rich,” Obama said in Sarasota, Florida, yesterday. “I love rich people! I want all of you to be rich. Go for it. That’s the America dream, that’s the American way, that’s terrific.

“The point is, though, that — and it’s not just charity, it’s not just that I want to help the middle class and working people who are trying to get in the middle class — it’s that when we actually make sure that everybody’s got a shot – when young people can all go to college, when everybody’s got decent health care, when everybody’s got a little more money at the end of the month – then guess what? Everybody starts spending that money, they decide maybe I can afford a new car, maybe I can afford a computer for my child. They can buy the products and services that businesses are selling and everybody is better off. All boats rise. That’s what happened in the 1990s, that’s what we need to restore. And that’s what I’m gonna do as president of the United States of America.

“John McCain and Sarah Palin they call this socialistic,” Obama continued. “You know I don’t know when, when they decided they wanted to make a virtue out of selfishness.”

So wanting to decide what you get to do with your own money makes you “selfish”?

Look, I get the point Obama’s making. We need to help out our neighbors. No one disagrees with that. The issue here is how. According to Obama, and most liberals, the government must be the one who does all of the helping — and they do that by taking money from other citizens. The notion that Americans (the most generous people on the planet) could possibly be charitable without coercion is a foreign one to Obama.

You know what? I don’t have insurance right now. My employer couldn’t afford to provide it anymore (something I’m sure we’ll see more of with an Obama presidency). If I were a liberal, I’d probably be moaning and crying to a dozen or so TV stations and whining for someone to give me my “right” to healthcare. But, I completely understand that I have no right to healthcare. It is my responsibility to either pay for my own insurance or to find an employer who can provide it. It is not the government’s responsibility, and it isn’t my employer’s. My healthcare is my responsibility, and no one else’s. I know, I know… that’s a psychotic thing to think, that I’m responsible for myself, but there you have it.

Opposing big government does not make someone selfish, and for Obama to insinuate that shows a lot about his mentality and what kind of America we can look forward to if he wins. Gone will be the America of enterprising hard workers. Why bother, when the government will do everything for you?