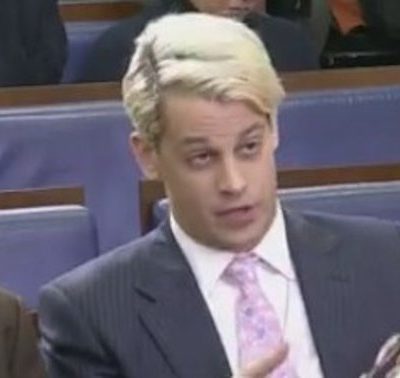 #DonaldTrump Drove Trump Hotels And Casino Resorts Into The Ground

#DonaldTrump Drove Trump Hotels And Casino Resorts Into The Ground 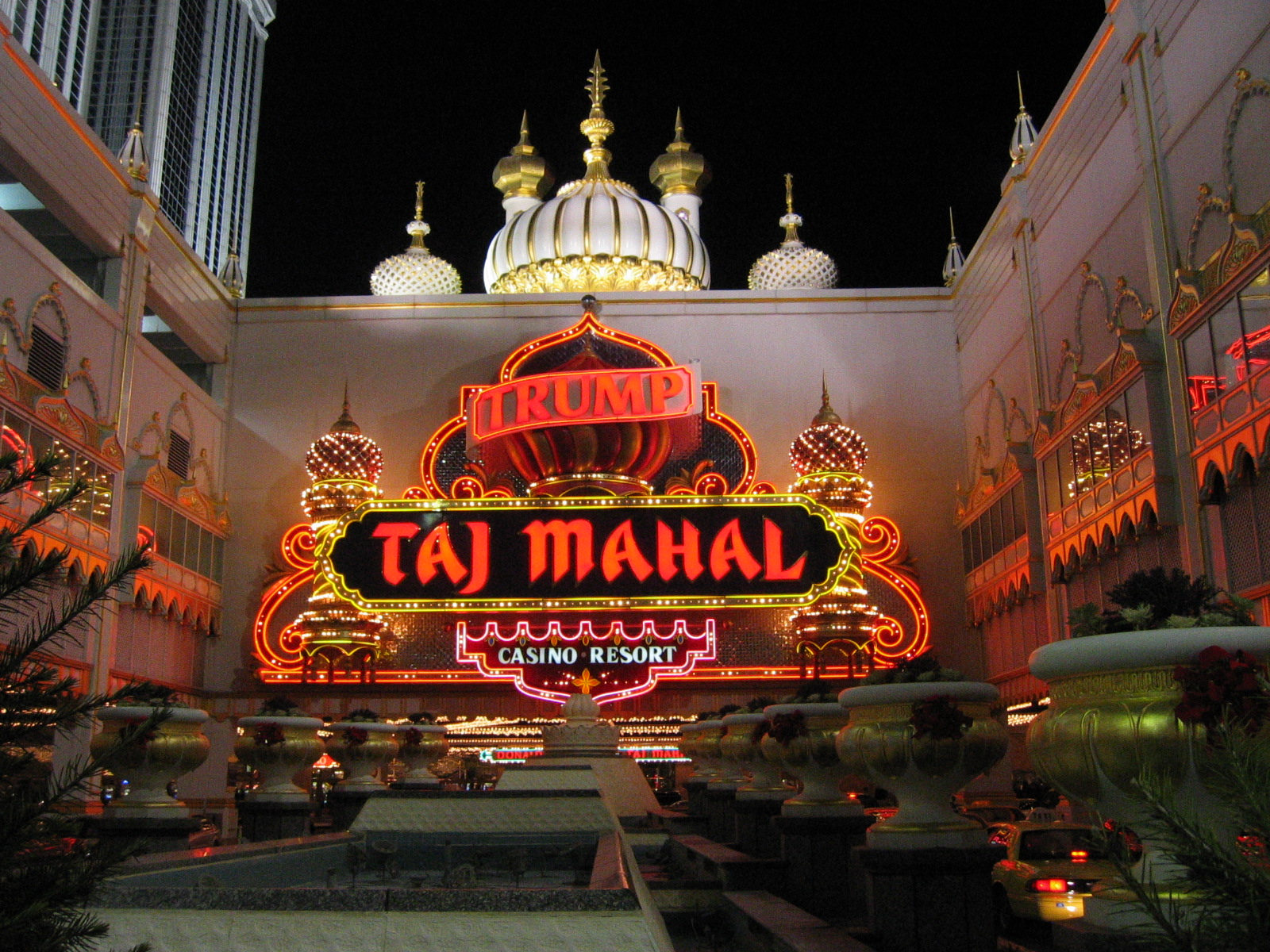 For a decade #DonaldTrump ran one of his companies, Trump Hotels and Casinos as chairman of the board and for about five of those years as CEO. The industry as a whole was experiencing a boom during this period from 1995 to 2005. During those years gambling stocks were soaring on the Dow Jones, and making their investors rich. Harrahs and MGM investors in particular did exceedingly well, those invested in the former realizing a gain just shy of 150% and those in the latter almost quintupled their money. 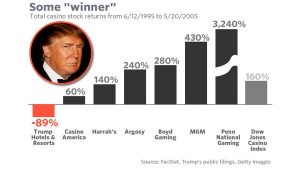 How did Trump’s business do over the same period? Glad you asked since this is the man that many would like to put in charge of the American economy! It went into a death spiral, costing his investors millions. Who made money on this venture? Donald J. Trump, of course! He skimmed millions out of his own company through “bonuses” and salary. From an article on Marketwatch:

“A review of the company’s public filings show that over that period, while his ordinary investors were getting hosed, Trump himself was siphoning millions out of Trump Hotels & Casino Resorts through salary, “bonuses” — yes, really — and cozy “service agreements” or side deals with his private corporations. In total, Donald Trump pocketed $32 million over nine years, while his public stockholders lost more than $100 million.”

Seriously folks, is this who we want to rely on to kick start our economy that has been wilting like so much sad lettuce under Obama for eight years? A man who siphoned money out of his own company and broke his investors trust? Not just once, but multiple times? Trump University, Trump Steaks, Trump Vodka, no-really need I go on??

This is the same man who threatened to make our proud service men and women no better than the SS in World War II; claiming that they would not dare to disobey an order from him-illegal or not.

All I ask those who are swept up in this man’s fervor, please, please just look at his financial background and his businesses past in earnest. We cannot afford to hand the keys to the worlds largest economy to a man who has more failed businesses to his name than most of us could imagine.