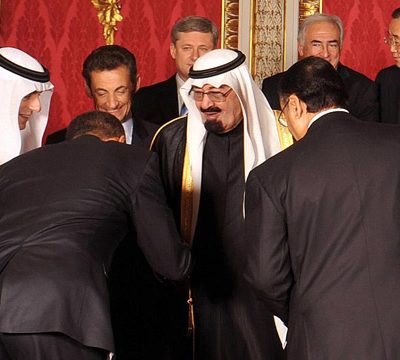 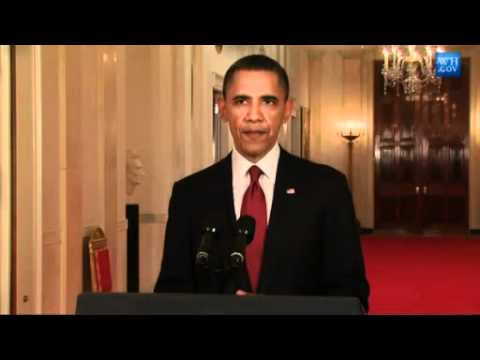 Everyone remembers this picture, right?


And this momentous announcement?

According to Pulitzer Prize winning journalist Seymour Hersh, this was all a stunt by President Obama to seize all the credit for the death of Osama bin Ladin which left the intelligence community scrambling to nod along with the president’s narrative.

This spring I contacted (retired Pakistani general Asad) Durrani and told him in detail what I had learned about the bin Laden assault from American sources: that bin Laden had been a prisoner of the ISI at the Abbottabad compound since 2006; that (Pakistan’s chief of army staff General Ashfaq Parvez) Kayani and (director general of Pakistan’s ISI General Ahmed Shuja) Pasha knew of the raid in advance and had made sure that the two helicopters delivering the Seals to Abbottabad could cross Pakistani airspace without triggering any alarms; that the CIA did not learn of bin Laden’s whereabouts by tracking his couriers, as the White House has claimed since May 2011, but from a former senior Pakistani intelligence officer who betrayed the secret in return for much of the $25 million reward offered by the US, and that, while Obama did order the raid and the Seal team did carry it out, many other aspects of the administration’s account were false.

‘When your version comes out – if you do it – people in Pakistan will be tremendously grateful,’ Durrani told me. ‘For a long time people have stopped trusting what comes out about bin Laden from the official mouths. There will be some negative political comment and some anger, but people like to be told the truth, and what you’ve told me is essentially what I have heard from former colleagues who have been on a fact-finding mission since this episode.’ As a former ISI head, he said, he had been told shortly after the raid by ‘people in the “strategic community” who would know’ that there had been an informant who had alerted the US to bin Laden’s presence in Abbottabad, and that after his killing the US’s betrayed promises left Kayani and Pasha exposed.

The Daily Mail lists the claims Hersh makes in his piece:

– The Pakistanis had been essentially holding bin Laden captive at the Abbottabad compound for years.
– The CIA learned of bin Laden’s location from a Pakistani intelligence official who tipped off American operatives hoping to claim the $25 million bounty on the terror leader – not from interrogation of an al-Qaeda courier.
– Top American officials negotiated with Pakistani officials to let them carry out the operation to kill bin Laden on Pakistani soil.
– There was no vaccination program used to college the DNA from bin Laden’s compound – it was all made up as part of an elaborate cover-story after the fact.
– The Pakistani intelligence service, ISI, cut power to the neighborhood where bin Laden was hiding on the day of the raid and made sure no Pakistani forces would not interfere with the American choppers flying into sovereign airspace.
– There was no firefight during the SEAL raid – the only shots fired were those that killed bin Laden, whom Hersh described as a feeble, unarmed man.
– Bin Laden was cut off from al-Qaeda at the time of his killing and was not running the terrorist group
– There was almost no useful intelligence information found his compound.
– After he was killed, bin Laden was not buried at sea, but instead buried in Afghanistan.
– Obama publicly announced the commando raid and claimed public credit for it, despite agreeing with the Pakistanis to keep the action secret for seven days and eventually say bin Laden had been killed in a drone strike.
– Obama’s announcement badly alienated Pakistani leaders and all but obliterated the military and intelligence ties between the two nations.

Other accounts of the raid have emerged over the years, most notably Robert O’Neill’s.

But O’Neill’s account only covers the preparation for the raid and the raid itself. If Obama’s rush to claim credit wrecked a working relationship with Pakistan’s military and intelligence group, that should be a huge deal. His entire foreign policy legacy is built around bin Laden’s death. While some of these claims are clearly biased in favor of making Pakistan look better than it has been portrayed, there is little doubt that Obama would have wanted to use bin Laden’s death as a huge boost for himself politically and ran for a podium and a camera once it was confirmed.

“There are too many inaccuracies and baseless assertions in this piece to fact check each one,” White House National Security spokesman Ned Price said in a statement to reporters.

Hersh is not someone who can be easily dismissed, though, even with his heavy reliance on anonymous sources. With his story now getting exposure, will anyone want to put their name in as a source? It remains to be seen how many legs Hersh’s claims can stand on.