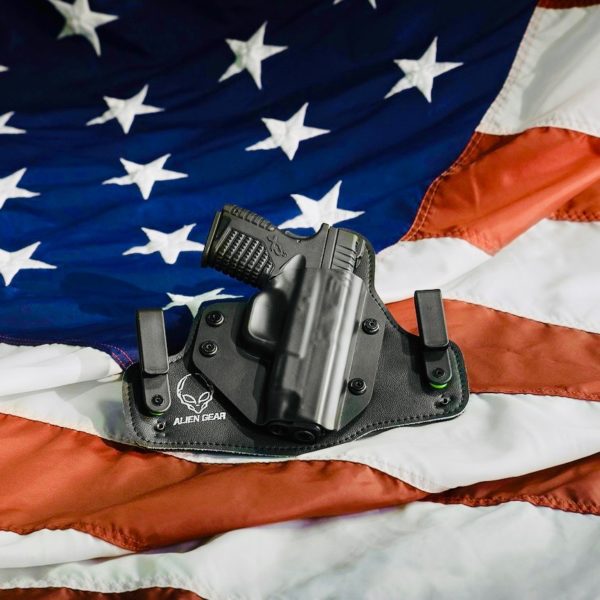 Colorado’s Red Flag law is already being tested. In some cases, the petitions are being denied. In one case, due process and reason prevailed over long-term animosity against law enforcement.

As was written here, Colorado’s Red Flag law was passed because folks believe that petitioning a court to take away someone’s guns will keep us safe from gun violence. Furthermore, the monetary and legal burden of proving that that person is not a danger falls upon the individual who is the object of the Red Flag petition. As is also noted, nothing about this law addresses the mental health issues that are, many times, a significant driver of those who commit mass shootings.

“In the first 15 days Colorado’s red-flag law has been active, residents and law enforcement have used the controversial statute in five cases to request that guns be removed from a wide range of people: an abusive boyfriend, a suicidal man, the father of a grandchild, a suspect who threatened a mass shooting and a police officer.”

In this instance, two cases are taking place in Larimer County (Fort Collins), CO. The first case involves an already incarcerated man who has been threatening to buy guns to commit mass murder if he is released. As Sheriff Justin Smith notes here, the mental health issues are NOT being addressed in this case.

“Despite our best efforts, the mental health system has failed to intervene with this individual and last week he went before the court in an effort to have his bond reduced in hopes that he would be released from custody pending trial. Given that Gatton is not a convicted felon and has no other prohibiting factors – if released, he could have walked into any gun store and passed a background check to purchase a firearm. At my direction, an LCSO investigator filed an emergency ERPO petition against Gatton last week. That petition was approved and will soon go to a full hearing.”

Note the above. The Sheriff department has repeatedly asked for mental health assistance for Gatton, to no avail. This highlights on of the key issues with the Red Flag law. If mental health professionals fail to or are unable to respond because of factors such as lack of availability or resources, then what should be done when folks like Gatton make these types of threats?

The court hearing for the second case was held earlier this afternoon.

Susan Holmes filed a petition against police officer Phil Morris. Why? Because she has been angry at Morris since 2017, when he and another officer were left with no choice but to shoot her son Jeremy Holmes.

A few things regarding Holmes petition.

Phil Morris is not her child

Holmes checked the box saying that Morris posed a credible threat because of his use of a firearm to “recklessly & violently threaten and kill 19-year-old Jeremy Holmes.”

As noted in the story above, Holmes filed this petition under penalty of perjury.

““I know that some people see that as perjury and I’m not seeing it as that all,” Holmes said, citing the unspecified legal theory she planned to present in court Thursday.”

At the hearing, Holmes declined to address why and what reasoning she chose to claim that Officer Phil Morris was her child. Furthermore, her only commentary involved requesting that the judge recuse himself because he would not give a fair hearing in this case.

This is why Colorado’s Red Flag law has more holes than a sieve in it. A petition was falsely filed because of a mother who has spent the last two plus years both grieving and raging over her son’s death at the hands of law enforcement. The shooting was found to be justified, but Susan Holmes refuses to believe that. With this Red Flag law, she saw her chance, and took it.

Thankfully the court saw reason. Holmes, however, refuses to do so.

After the hearing, Holmes said she has evidence to the familial relationship, but is withholding it for an appeal of this judge’s decision. Gun rights advocates who are critical of the red flag law said this case shows the law’s shortcomings.

After the hearing, Holmes suggested the law should be amended to allow anyone to file an ERPO petition against a “violent police officer”. Important to point out that Cpl. Morris’s actions were considered legally justified and he continued to work for CSU’s PD.

And, who will define what “violent police officer” means? Give Susan Holme’s stance and the fact that she has advocated for killing police, I’d say she’d want it to be anytime a police officer “might” draw his or her weapon.

Due process prevailed in this case. However, if the Red Flag law was designed to save lives, how come it is already being abused? The loopholes are wide and deep in this law, and I fear it will get worse.