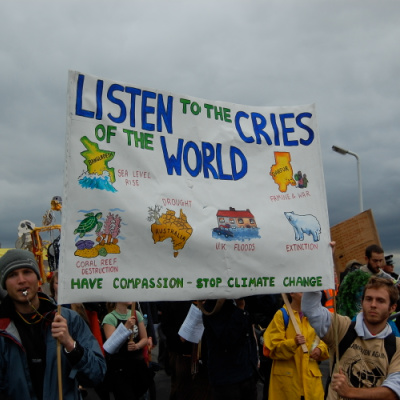 Eric Orts is a professor at the University of Pennsylvania, Wharton School of Business. His areas of expertise are legal studies and business ethics. He is a founding member of UPenn’s “Faculty Senate’s Committee for an Institutional Response to the Climate Emergency”. From the title of the group, this isn’t just climate change, it is a climate emergency. We should ignore him and all of the Crying Climate Crackpots. They are the idiots of the world and Reason #7492 why elite universities ruin your brain more than the junior college down the street.

Professor Orts wrote an article for The Daily Pennsylvanian “Two cheers for climate progress on Penn’s endowment”. He writes with the typical arrogance of an academician unaware that he is way over his skis:

In April 2021, I joined with a Penn student leader to chastise Penn’s administration for weak policies regarding climate investments. For at least a decade, students have been petitioning Penn to drop its investments in fossil fuel companies, and Penn has been a laggard compared with our peers.

To give credit where it is due, the recent announcement by President Liz Magill and Board of Trustees Chair Scott Bok indicates some progress. “Today,” said the announcement, “Penn does not directly hold investments in any companies focused on the production of fossil fuels. This includes Penn holding no investments in two hundred of the companies with the largest potential carbon emissions content in their reserves.” These 200 companies focused on coal, oil, and gas production are among the 90 or so “carbon majors” (including state-owned enterprises) responsible for most global greenhouse gas emissions.

Heaven forfend. UPenn is a laggard on climate change compared with their peers, read that as the rest of the Ivy League. The shame.

So, in the rest of the article, Orts articulated positive steps to create innovative thinking and science to devise new sources for cheap, readily available energy to improve the lives of people worldwide, right? Pfft! Don’t be stupid that would be rational and mature. Orts is a typical academician. He wants more divestment, seats on more committees and more committees dedicated to climate change.

Because there remains a lot of room for improvement, Penn doesn’t yet deserve a full-throated three cheers. Still, the overall tone of its recent statement signals that the Magill administration is taking the climate emergency more seriously than the previous one with respect to Penn’s complicity in connection with its endowment investments, as well as our everyday operations.

Students who have been protesting for change over the last decade, including various iterations of Fossil Free Penn, deserve to give themselves a measure of credit. This doesn’t mean the large and complicated question of divestment is no longer of concern. A next step would be to create a campus group including faculty, student, and staff representatives to receive regular assurances that the Office of Investments is in fact walking the talk, and moving quickly.

One possibility is to repurpose the Social Responsibility Advisory Committee to serve as an institutional place to encourage the Office of Investments and perhaps one or two members of the Board of Trustees to communicate directly with faculty, students, and staff representatives about investment policies and practices, including progress on climate commitments. I’ve served previously on this committee, and its role in reviewing proxy statements was really not a good use of time. Upgrading this committee to have a broader purview would improve transparency, communications, and understanding among members of the Penn community on endowment investment issues.

“Regular assurances that the Office of Investments is in fact walking the talk, and moving quickly” will heat your home and fuel your electric car. “A broader purview would improve transparency, communications, and understanding among members of the Penn community on endowment investment issues” will provide the lights for homes and places of work.

The United States already leads the world in addressing pollution issues. You know who is one of the biggest polluters in this world? CHINA. Yet the Biden Administration continues hurtling down the path of economic destruction led by blind ideology. How about Nancy Pelosi? Turns out she’s making hay with Tesla stock while the Administration embarks upon a push for a clean-car fleet. Ethics for thee, not for me!!

Konstantin Kisin is a British/Russian/Jewish comedian and social commentator. He was recently part of the Oxford Union Debate: ““Woke Culture Has Gone Too Far”. His statements about life in the poorer countries, especially Siberian toilets are hysterical. He sends climate change down the hole in the Siberian outhouse. I don’t generally recommend watching all of a video, but this is a MUST SEE:

Throughout his nine-minute speech, Kisin avoided cheap polemics about free speech and left-wing extremism by instead focusing on the myopic, inhumane, and borderline cruel proposals that woke adherents offer to combat issues like climate change – proposals that would surely plunge millions if not billions of already impoverished human beings into an even deeper poverty than the one already experienced.

Kisin accomplished this by granting climate change activists every argument they make about an impending catastrophe while still managing to illustrate the insanity of their position.

For tonight, and tonight only, I will join you. I will join you in worshiping at the feet of Saint Greta of climate change. Let us all except right here that we are living through a climate emergency and our stocks of polar bears are running extremely low. I join you in this view. I truly do. Now, what are we to do about this huge problem facing humanity. What can we in Britain do? We can only do one thing. Do you know why? This country is responsible for 2% of global carbon emissions, which means that if Britain were to sink into the sea right now, it would make absolutely no difference to the issue of climate change. Do you know why? Because the future of the climate is going to be decided in Asia and in Latin America. By poor people. Who couldn’t give a shit about serving the planet. Do you know why? Because they’re poor.

To combat climate change, Kisin noted that poor people all over the world would have to forgo technological and industrial development in order to “stay poor” enough – a prospect he characterized as unacceptable, unrealistic, and cruel.

“About 15 months ago my wife got pregnant, and for nine months, we talked about what our boy would look like, what he might do when he grows up,” he continued. “We looked at baby scans and videos on YouTube about what the fetus looks like at nine months and 12 months and 20 months. Eventually, he was born and he has this cute little bundle of joy. He’s cuter than about 80% of puppies,” he went on before stating:

Now, if you said to me that I had a choice: either my son had a serious risk of starving or dying from a preventable disease in the next year or I could press a button and he would live, he would go to school, he would bring his first girlfriend home, he would go to university and graduate and become a woke idiot and get a job and get married and have children and become a man. But all I have to do is press this button and for every day of my son’s life, a giant plume of CO2 is going to get released into the atmosphere.

So, I put it to you ladies and gentlemen, there is only one thing we can do in this country to stop climate change and that is to make scientific and technological breakthroughs that will create the clean energy that is not only clean but also cheap.

And that is the best answer to the Crying Climate Crackpots. They sit in their misery and protest which does absolutely nothing for those children dying from malnutrition. Gluing oneself to the counter at Starbucks is not going to provide the energy to grow their vegetables. Ignore the idiots. Especially Eric Orts and the University of Pennsylvania.