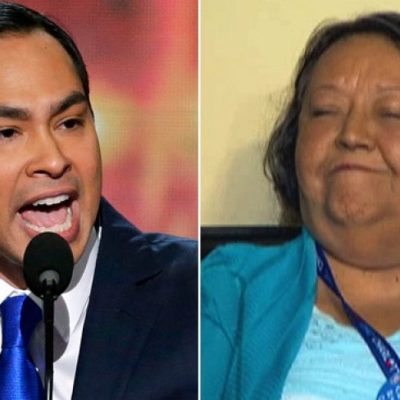 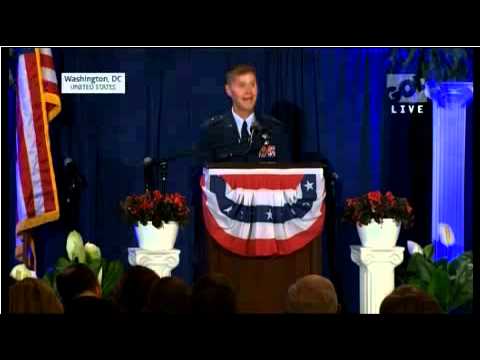 Olson appeared on GOD TV for this past week’s National Day of Prayer Task Force– two Christian-based platforms on which Olson, a self-proclaimed “redeemed believer in Christ” chose to share his experiences as a military service member and how prayer played a role in in his career, family life and community relationships-giving credit to God for all of his accomplishments.

Enter the Military Religious Freedom Foundation (the irony of this is not lost on us, ladies and gentlemen) who issued a demand letter to Air Force Chief of Staff, Mark A. Welsh from Michael “Mikey” Weinstein demanding that Olson be:

“Immediately, aggressively and very visibly brought to justice for his unforgiveable crimes and transgressions via trial by General Courts Martial and that any and all others who assisted him with his NDPTF speech of fundamentalist Christian Supremacy be likewise investigated and punished to the full extent by military law.”-via militaryreligiousfreedom.org

The justification for Weinstein’s demand on behalf of his organization was that Olson was violating Air Force Instruction 1-1, Section 2.12: The Balance of Free Exercise of Religion and Establishment Clause. Weinstein went on to blast Olson’s appearance as creating a

“propaganda bonanza for the likes if ISIS/ISIL, Al-Qaeda and the Taliban that universally depend on painting the United States military as ‘Crusaders’ for a virtual galaxy of nefarious reasons.”

You can see the full speech below.

To summarize the speech, Olson began to talk about his beginnings in the Air Force and his freedom to attend Bible studies while at the Air Force Academy. He talked about mainly his personal journey in faith and how it impacted his marriage, his job and ability to serve his country and raise his four sons.

…..For GOD TV and the National Day of Prayer Task Force. Last time I checked, this was a free country, right? Now, an organization that uses “religious freedom” in its title is claiming that a military veteran should be court-martialed for exercising that very freedom? Did Olson mention God to the point of being offensive? Is there a new law now that states that if you say “prayer” or “God” more than 20 times in the course of 20 minutes that you are in violation of our shrinking violet over-the-top politically correct society? Let’s see if we can play this message backward and prove that Olson is trying to “brainwash” non-Christians into Christianity (who just so happen to watch GOD TV.) Oh, the chicanery!

Olson was NOT standing in front of a group of military service members barking out orders to “believe in God or get ready for damnation”. Nor was he beating others of different religious backgrounds over the head with the Bible. The man was simply sharing a testimony. As far as being a target for Muslim extremists, I say kudos to Maj. Gen Olson for having the bravery and standing up for his beliefs in a society that wants all of us to cave and for recognizing and encouraging others that we still have the freedom to do so.