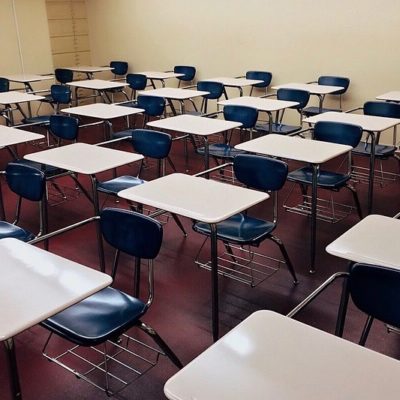 Next post
Loudoun Loudness: School Board Meeting Gets Shut Down

This story required a double-take at the headline, and then a “wow” at the sheer balls it took for China to say something this insane out loud.

After all, China can’t be THIS dense, can they? Oh yes, yes they can. Remember – all Chinese media is state-run media, especially after the arrest of media mogul Jimmy Lai, freezing of assets, and slow strangulation of his Hong Kong’s Apple Daily news outlet. Hong Kong is now as thouroughly under the boot of China as they could have dreamed, and the West barely lifted a finger in response. Oh yes, we passed sanctions telling China how bad they are. Like they cared – and this was all BEFORE the pandemic! And here is the proverbial poke in the eye.

The Chinese Academy of Sciences has announced that the Wuhan Institute of Virology is on its list of candidates for a specific prize. Yes, you are reading that right. No, this is not satire.

The Wuhan Institute of Virology (WIV), under the Chinese Academy of Sciences (CAS), has been listed as one of the candidates for the 2021 Outstanding Science and Technology Achievement Prize of CAS for its achievement in identifying the COVID-19 pathogeny.”

CAS published the candidate list on its official website on Friday. The award is mainly given to individuals or research groups who have made or demonstrated significant achievements in the past five years. CAS awards 10 such individuals and research groups annually.”

Yeah, they “identified” the COVID-19 pathogen as the one that they were playing with in the lab that got out and then killed millions globally. But it’s totally just “Western slander” that is smearing the WIV instead of giving them the accolades that they so richly deserve. You know, like a Nobel Prize.

The WIV and scientists at the institute have been attacked in a new round of slander from Western politicians and media. China’s Foreign Ministry spokesperson stressed at Thursday’s press conference that scientists working at the WIV should be awarded the Nobel Prize in medicine, rather than being blamed for being the first to discover the gene sequence of the novel coronavirus. The comments came after Shi refuted the “lab-leak” conspiracy from the US in a recent interview with the New York Times.”

They’re not kidding. They really want a Nobel.

Origin-tracing is about rigorous scientific research, not far-fetched connections. Prof. Luc Montagnier was awarded Nobel Prize for discovery of HIV; Mr. Louis Pasteur was honored for finding of microbes; WIV deserves Nobel Prize, not criticism, for its study of COVID-19. pic.twitter.com/C0mNl7xdpq

This is on par with a girlfriend telling her boyfriend that she REALLY wants an engagement ring for Valentine’s Day, right after she trashed his place and caused him to lose his job. China no longer cares about what the West thinks, because they know perfectly well that they Biden administration will do exactly nothing to them. So why not drop a heavy hint to the Nobel committee that the Wuhan lab DESERVES that prize? As National Review put it:

We must admit, the Institute’s work really has touched all of our lives, hasn’t it? And just think how many medical breakthroughs we’ve seen in the past 18 months from Pfizer and Moderna and Oxford and Johnson & Johnson that never would have occurred if hadn’t been for the earlier work of the Wuhan Institute of Virology? The WIV’s work literally brought the world to a screeching halt. It even made late-night television funny again.”

Call me crazy, but I am thinking that the vaccine makers are much more deserving of a Nobel Prize than the Wuhan lab.

Apparently, for all their scientific knowledge, the Chinese vaccines developed for COVID-19 aren’t nearly as effective as the Pfizer, Moderna, and Janssen ones. Hmmm, seems it’s easier to destroy than create, huh, China?

Now, while we can all point and laugh at the unmitigated gall of China dropping heavy hints about getting a Nobel Prize, the Nobel committee has done extraordinarily political and stupid things before – like giving Barack Obama a Peace Prize for being elected, or giving Jimmy Carter and Al Gore Peace Prizes. However, the hard sciences have usually resisted the political influence that the Peace Prize and the liberal arts frequently display. I’m really hoping that this doesn’t change simply because the West is currently letting China get away with murder, along with genocide and oppression, without so much as a peep.