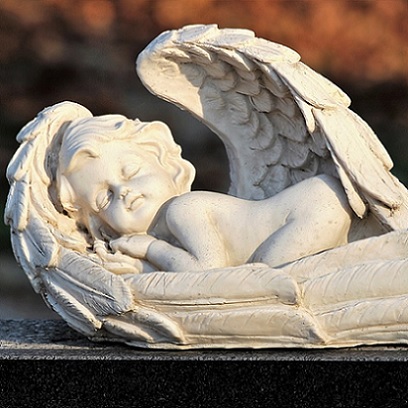 It’s yet another weekend full of shootings and death in Chicago, with a 20 month old little boy and a 10 year old girl dead in separate crimes.

Last weekend, the number of dead included 3-year-old Mehki James and 13-year-old Amaria Jones. And now, even more innocent children are being lost. Where are their marches for justice? Why does the activist community turn away from the deaths of children? Why does no one demand accountability from Mayor Lori Lightfoot?

Sure, Mayor Lightfoot talks a good game on Twitter. She did last weekend as well. Nothing changed.

The pain of losing a child never goes away. Today, we lost more young people to the gun violence epidemic: a 17-year-old in Humboldt Park and a 1-year-old in Englewood. As a mother, I am tired of the funerals. I am tired of burying our children.

It's on all of us to double down on our all-hands-on-deck public safety efforts with police officers, street outreach teams, trauma support workers, community and faith-based partners. We must ask ourselves: "What are we each doing to make this a season of bounty, not tragedy?"

Twitter platitudes do nothing to save children from being killed in drive-by shootings.

Chicago Police Chief of Operations Fred Waller said, shortly after 2 p.m., the boys’ mother was driving south on Halsted Street near 60th Street, on the way home from the laundromat, with the toddler in a child seat in the back of the car, when another car pulled up alongside them, and someone inside started shooting.”

The boy was shot once in the chest, and a bullet grazed the mother’s head, according to Waller.”

The mother, who is 22 years old, drove to St. Bernard Hospital, where her son was pronounced dead. She was later transferred to the University of Chicago Medical Center.”

“It seems like just yesterday, it was actually last Saturday, I was in front of you all talking about a 3-year-old that was killed in the Austin community, and now here in Englewood, a 20-month-old was killed,” Waller said. “This is happening far too often. Too many times children are killed by senseless violence, and not only just children, but grown-ups also. When is this going to stop? When are we going to say enough is enough?”

Pastor Donovan Price said he consoled the boy’s mother and father as they grieved for their son.”

That is an excellent question, and I wish the pastor would ask that question to every Black Lives Matter activist in the country.

The young girl who was shot and killed looks to have been potentially caught in crossfire.

The 10-year-old girl died at a hospital after the shooting in the Logan Square neighborhood northwest of downtown around 9:40 p.m., according to police spokesman Roberto Garduno.”

Preliminary information showed the gunfire came from a group of males who had been shooting at each other on the block, he said. No one was in custody Sunday.”

This is the other part of the problem. The mayor talks about the community providing information and tips “confidentially” so that the murderers can be brought to justice. And nothing happens.

Do you know what would happen if Mayor Lightfoot actually cared about these children’s lives? She would flood the neighborhoods with police. She would insist on policies that would immediately take guns off the street, like “stop and frisk.” Instead, she’s promoting a “summer job program” for Chicago youth and complaining about President Trump pointing out the violence and death in Chicago.

The president called Chicago “a great American city,” but accused the mayor and governor of falling short as leaders.”

In his letter, President Trump said he is “horrified” by the recent surge in weekend violence in the city, highlighting several victims, including 3-year-old Mekhi James. Trump also compared Chicago violence to combat zones in Iraq and Afghanistan.”

He also wrote that “your lack of leadership on this important issue continues to fail the people you have sworn to protect,” and claimed he “will continue to lead the way to support historically disadvantaged communities.”

You can disagree with President Trump about a lot of things, but he’s not wrong about Chicago. However, the mayor took offense to the president calling her and Governor Pritzker out.

Lightfoot also responded with a statement, saying, “I don’t need leadership lessons from Donald Trump. As our police officers, street outreach workers and residents continue to work tirelessly to keep our communities safe, he’s using the victims of gun violence in our city to score cheap political points, spew racist rhetoric, and ignore the impact of COVID across this country. It is despicable, disgusting and all too typical. Same old tired playbook. How about some leadership not steeped in the divide and conquer tactics? I stand with the Governor in providing for the safety and well-being of our residents.”

And then her next series of threaded tweets, she has to talk about the death of yet another child on her watch.

You certainly need them from somewhere. https://t.co/xWWeopznkD

A leader would demand change. A leader would insist on keeping the most vulnerable in Chicago safe. If the mayor’s child had been – God forbid – killed, do you think she would have been satisfied with merely tweeting about her feelings and asking for the community to provide tips to catch the bad guys? If, as she tweets, “the future is being buried,” then what is Mayor Lori Lightfoot doing to stop the future from dying on her streets, on her watch?

Sadly, for all the children of Chicago, Mayor Lori Lightfoot is no leader. And until she is motivated to lead, nothing will change.