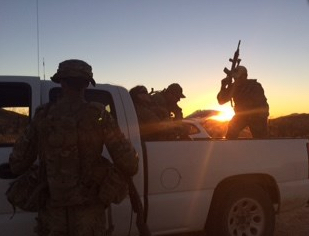 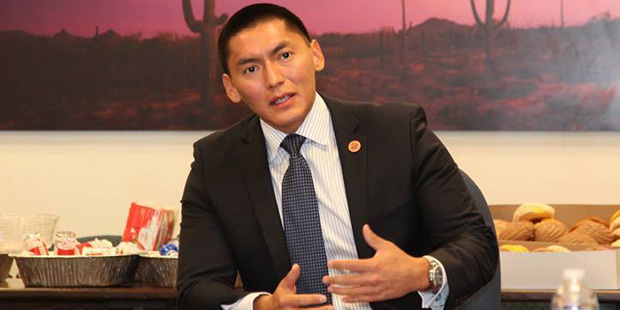 For many of us involved in politics, right now can be a trying time. We’re not only fighting the left, but we’re fighting against those who claim to be on the right and their attempts to change all that defines conservatism. We are fighting against narratives that portray us as racists, selfish, and cold, when the vast majority of us are nothing of the sort. Thankfully, yesterday was a good day for the Republican party as Arizona Senator Carlyle Begay switched from (D) to (R).

While the Republican title is being dragged through the mud by our current front-runner, the news of Carlyle Begay was refreshing. The day after Donald Trump retweeted false crime stats from a white supremacist site and continued to fuel racial tension, Carlyle Begay, raised on the Navajo Nation, spoke eloquently on the true and principled reality of the GOP.

In a video released on Monday, Begay said it has been the Republicans who have worked with him to “improve education, jobs and infrastructure.”

Begay said families living within the rural and Arizona tribal communities are in a “crisis” with unemployment as high as 80 percent in some instances. The Republican Party, he said, is more equipped to address the issues.

See the video below:

Welcome to the GOP @CarlyleBegay ! Brave move and deserving of respect to follow where your heart leads!

The wisdom of my ancestors stand the test of time, the first residents of #Az, and embrace progress as a Republican https://t.co/esUKIcRpif

Begay has reiterated since 2013 that he is a voice for the people, regardless of party labels. Because of his dedication to the people, and not the Democrat party, many on the left were not surprised by the transition.

“I want to help the Republican Party build a bridge with those who need and want a chance with those who can provide that chance,” Begay told reporters at a packed news conference attended by U.S. senators John McCain and Jeff Flake, GOP Chairman Robert Graham, Senate President Andy Biggs and more than half of the GOP Senate caucus.  His main job, Begay said, is to provide a voice for tribal communities and rural areas “but not through the lens of a political ideology.” He said he votes based on what he thinks is best for his constituents, leaving aside party labels.

Carlyle Begay is a representation of who we are as a party, and it’s a refreshing change to the Donald Trump phenomenon that has become the unfortunate face of our party for many who don’t know any better. It’s difficult to look at current polls and wonder where your party has failed, to see leaders in the conservative movement praising such poor representatives of the GOP. However, do the current numbers really represent our party? In reality, As Nate Silver so brilliantly noted, the loud supporters of Trump represent a very small portion of those who merely claim to be a member of our party.

One problem with this is that it’s not enough for Trump to merely avoid fading. Right now, he has 25 to 30 percent of the vote in polls among the roughly 25 percent of Americans who identify as Republican. (That’s something like 6 to 8 percent of the electorate overall, or about the same share of people who think the Apollo moon landings were faked.)

The Republican party has a history of diversity, unity, and progress. We are a party born out of the anti-slavery movement, home to suffragists, and bastions of equal treatment. The first black Supreme Court Justice, Senator, Governor, and Congressmen, were Republicans. The party of Jeanette Rankin, the first female congresswomen, and Clare Luce, the first female Ambassador. The party of the first female presidential candidate, Margaret Chase Smith, and the first Asian presidential candidate, Hiram L. Fong. The party of the civil rights movement and the emancipation proclamation, and that’s just skimming the surface. We represent unity, not cheap attacks, special registration for differing religions or ethnicity, and race wars.

We as a party are welcoming, progressive in nature, and stand in solidarity with those who wish to further our nation – regardless of color, gender, or religion. I’m so proud to have Carlyle Begay recognize all that is beautiful and decent in my Republican party, despite the momentary – media inflated – success of a front-runner who stands antithetical to all that we as a party hold dear. I may not always agree with Begay on every issue, but I welcome him with open arms.

Thank you for the refreshing news, Begay, and welcome to the Grand Old Party!