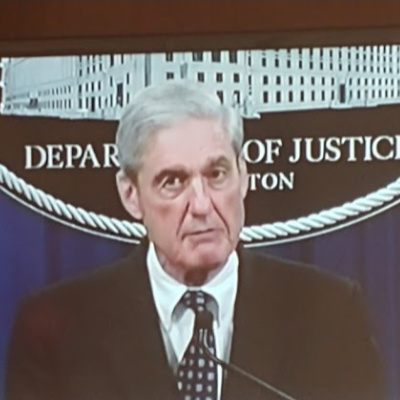 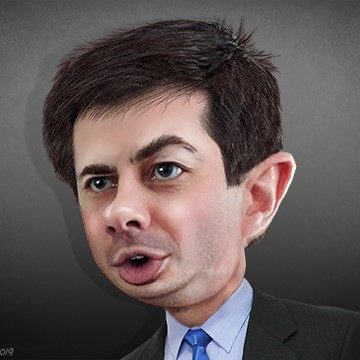 by Amanda Green in politics 25 Comments

The media, not to mention the Democratic Party, have no shame. Our nation just commemorated Memorial Day, remembering all the men and women who laid down their lives to protect this country. In an attempt to take advantage of the swell of patriotism associated with the day, several Democratic candidates for their party’s presidential nomination stepped forward to, as the New York Times put it, to question President Trump’s “medical deferment from service in Vietnam — and, in turn, his patriotism and integrity.” Leading the charge are Pete Buttigieg and Seth Moulton, proving there’s nothing they won’t stoop to in an attempt to win the nomination.

Not only have these two politicians, and I say that with a full sneer on my face and disgust in my voice, accused Trump of “faking” a disability, they do their best to tug at the heartstrings, saying the President’s alleged actions forced “another American of Trump’s generation to risk his life in the jungles of Southeast Asia.”

I don’t think that lying to get out of serving your country is patriotic. It’s not like there was just some empty seat in Vietnam. Someone had to go in his place,” Moulton said Sunday on MSNBC. “I’d like to meet the American hero who went in Donald Trump’s place to Vietnam. I hope he’s still alive.”

There are several things wrong with Moulton’s statement. First, he basically says Trump lied about having bone spurs and that the doctor who signed off on it aided and abetted in this lie. There is no proof of any lie, at least none that I’ve found. But, damn, it makes a good soundbite, doesn’t it?

The next thing about his statement that is worrisome is how he apparently has forgotten Trump isn’t the only politician to avoid service during the Vietnam War. I know, I know, some folks would prefer we call it a conflict, but I grew up during that time. It was a war. One where our military leaders weren’t allowed to do what was necessary to win it and bring our military home sooner, rather than later.

Bernie Sanders, that fine socialist, applied for conscientious objector status during Vietnam. Only a few days ago, he “outlined his anti-war foreign policy.” Not only did he avoid serving in the military, he now wants to hamstring it and let our enemies know it.

But the Bobsey Twins, Buttigieg and Moulton, say nothing about that. Apparently, Moulton doesn’t want to meet the hero who took Sanders’ place in the jungle of Southeast Asia.

And let’s not forget about Joe Biden. The former Vice-President had five, count them five, deferments during the war and was finally “disqualified” from serving due to an earlier diagnosis of asthma. Now, I don’t know about you, but it really looks like he used his student deferments as long as he could, hoping like so many other young men did that the war would end before their number came up in the draft. When it didn’t, he pulled out the old asthma diagnosis. But, again, Buttigieg and Moulton say nothing about him.

Hmm, one begins to wonder how deep they are into Trump Derangement Syndrome.

Then there’s the hero of the Democratic Party, at least until Obama’s election–Bill Clinton. Slick Willie who joined the ROTC in college to avoid the draft but who then went ahead and registered for the draft. He did so not because he believed in the war or was willing to serve to protect the country but because it was a way “to maintain my political viability within the system”.

For years I have worked to prepare myself for a political life characterized by both practical political ability and concern for rapid social progress. It is a life I still feel compelled to try to lead.”

This man, and I use that term loosely, only registered for the draft so he could run for office. Even then, he thought and acted like a politician and not a patriot. But, again, nary a word from Buttigieg or Moulton. No wish to talk to the hero who took Slick Willie’s place.

But double-standard aside, how many of our past presidents have served in the military? Of our 45 presidents, 29 served. In the last 100 years, starting with Woodrow Wilson’s administration, 10 of 18 presidents served in the military. Of those 10, four were Democrats and six were Republicans. Those who didn’t serve include Obama, the latest “hero” of the party. Where are the criticisms because he didn’t step forward and volunteer to serve?

In a play to persuade Republicans to break ranks, Buttigieg said he was “old enough to remember when conservatives talked about character as something that mattered in the presidency.” The candidates should all remember that goes both ways. If you start questioning one person’s character, you’d better expect them to start looking closely at your own. Part of character is applying standards fairly across the board, something Buttigieg and company have forgotten.

As for the media, WaPo is working overtime trying to spread this story. Not only does it give space to Buttigieg, Moulton and company, but it has another article about their comments as well.

We’ve had presidents who were immoral, backwards and had terrible policies. We’ve had presidents who were criminals. I don’t think we’ve ever had a president who is so fundamentally unpatriotic,” Moulton told Anderson Cooper last night on CNN. “Even Richard Nixon served his country and was proud to do so. This president is much more interested in siding with dictators, if it’s good for his ratings. And that’s pretty pathetic for the commander in chief.”

Read that again and ask yourself how he could say that with a straight face.

I tell you, TDS is alive and well and thriving in the Democratic candidates.

As a military mom, I have the utmost respect for those men and women who step up and volunteer to serve the country. However, when they then use that service for personal gain or political points, I start to wonder at their motivation. Right now, my money is on Buttigieg and especially Moulton walking in Bill Clinton’s shoes–serving because they wanted to go into politics and knew it would look good on the resume.