Previous post
Left's Reaction To Rittenhouse Verdict Is Negative, Is Anyone Surprised? 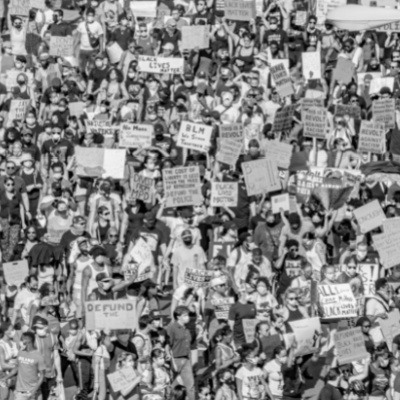 Protesters took to the streets of Brooklyn, New York to protest the Not Guilty verdict for Kyle Rittenhouse in Kenosha, Wisconsin. While the Governor in Wisconsin had 500 National Guard standing by in Kenosha in case of violence, who would have thought the largest protest would be in a borough of New York City?

Some of us (read that as sentient beings) were a little overcome when the verdicts were read and Kyle Rittenhouse began to shake. Then, when the fifth count was read and his legs gave out on him, he collapsed to the ground and some of us (points to self) wanted to jump through the screen and hug that young man. Predictably, the Left howled.

The media had set us all up to expect for Kenosha to be on fire tonight. Kenosha had other ideas.

Kenosha is calm tonight after Kyle Rittenhouse was found not guilty on all 5 counts. We will have live team coverage on @WMLWTheM @ 9 and @CBS58 @ 10. #KyleRittenhouse pic.twitter.com/6ueaAqCZRb

If you had Brooklyn, NY on your Bingo card, congratulations. You win. From the New York Daily News:

About 200 angry, upset and unsurprised protesters gathered outside Barclays Center on Friday night in one of a number of protests around the country over Kyle Rittenhouse’s acquittal on all charges for shooting two protesters and maiming a third in Wisconsin.

The demonstrators were universally disappointed by the jury’s decision, but they saw it coming after watching the trial.

“The system is set up this way,” said Phoebe Quin, a fourth-grade teacher from Brooklyn. “I’m angry and tired. I’m out here to show support to the marginalized in the community.”

Friday night’s demonstration was notably smaller than many protests from the summer of 2020, and ralliers were vastly outnumbered by people trying to get into the Brooklyn Nets game.

It could be dangerous to get in the way of sports fans trying to get to an event, and the Nets are doing well this season. But there is more:

“I’m infuriated. We saw this case brewing,” said Chi Ossé, councilman-elect for the 36th district in Brooklyn, which includes parts of Bedford-Stuyvesant and Crown Heights.

“Kyle Rittenhouse is the mascot for the white supremacist movement in the United States of America,” said Ossé. “Being out here, for many Blacks this is like therapy for our pain.”

Where could anyone have gotten the idea that Rittenhouse was a “white supremacist”? Creepy, Sleepy Joe Biden, CNN, and MSNBC, especially Joy Reid, that’s where.

These poor tools are sooooo confused:

Massive crowd of #BlackLivesMatter activists take to the streets of Brooklyn NY in response of the #KyleRittennhouse case and chant " SAY HIS NAME, GEORGE FLOYD " #NYC pic.twitter.com/kla33lV5gm

Look, it’s easy to get confused. Both Kyle Rittenhouse and Derek Chauvin are White men, and um, that’s about it. Minnesota and Wisconsin are the same too. That’s a very common attitude in NYC.

From Barclays Center, the protesters marched to the Brooklyn Bridge, which is where CBS News caught up with them:

Should we tell these people that all of the people Kyle Rittenhouse shot were White? No, they don’t care and it doesn’t matter. They want to destroy our country and, they will use any excuse to let us know that. It’s easy to laugh at them for their stupidity but they are dangerous.: