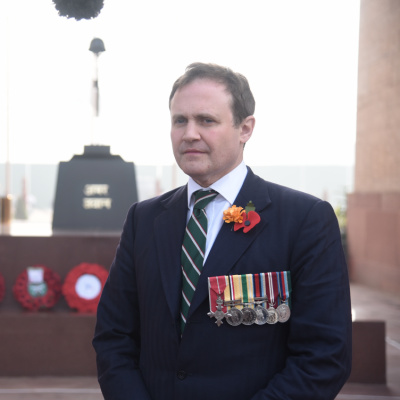 by Toni Williams in holidays 5 Comments

Joe Biden is a stain on the United States of America. He is a callous dullard. It’s criminal that he has been sold by the putrefying symbiote Democrat Media Industrial Complex as Mr. Compassion. The only things the dementia-addled Pedo cares about are power and money. The Americans who speak out against him are labeled as American Taliban. Veterans are ignored. Fie on the media and Democrat apparatchiks who prop up this festering carcass from Delaware. The British Parliament felt no such compunction. They held Joe in contempt and one of their members gave a blistering speech taking Biden to task.

For all of you out there saying that we fought a war so that we don’t have to care what the British say or think, bah. The British are our NATO partners and have stood steadfastly with us during the whole Global War on Terror. The British military has had 454 members killed in action in Afghanistan alone.

You better care what they think across the pond. Joe Biden made a unilateral call on Afghanistan without the consultation of our NATO partners. Biden is a beslubbering, amoeba-brained, lewdster.

Republicans have been largely silent, with a few exceptions like Senators Tom Cotton and Joni Ernst and Congressman Dan Crenshaw. Democrats will hold hearings and come to the conclusion (spoiler alert) that this is all the fault of The Former Guy (TFG). Just like Creepy Joe blamed Donald Trump and everyone else, including the Afghan National Army.

Our British cousins took the bit and ran with it.

Parliament Holds The President In Contempt

▫MPs and peers unite to condemn ‘dishonour’ of US president’s withdrawal and his criticism of Afghan troops left behind to face Taliban
▫@benrileysmith▫https://t.co/KPk4Y2jRNB #frontpagestoday #TheDailyTelegraph #UK pic.twitter.com/fa4PkFIqjd

“Dishonour” or in American English “Dishonor”? Joe never had any honor to begin with. Dishonor is his calling card.

The real fireworks in the British Parliament came with a speech by Tom Tugendhat. A little background on Member of Parliament Tugendhat is warranted. He is also known as Colonel Tugendhat, as a member of the British Army. He fought in both the Iraq and Afghanistan Wars. Colonel Tugendhat was decorated by the United States’ Guard of Honor, the 82nd Airborne, following the 2007 battle of Musa Qala in Helmand Province. Tugendhat has, as they say, skin in the game. Here is the video of his speech:

When I first watched the speech and teared up, I thought it was maybe the British accent that got me. I read the speech and the written words are just as powerful. The opening paragraph of his speech:

Like many veterans, this last week has been one that has seen me struggle through anger, grief and rage. The feeling of abandonment, not just of a country but of the sacrifice that my friends made. I’ve been to funerals from Poole to Dunblane; I’ve watched good men go into the earth, taking with them a part of me and a part of us all. And this week has torn open those wounds, left them raw, left us all hurting. I know it’s not just soldiers. I know aid workers and diplomats who feel the same way. I know journalists who’ve been the witnesses to our country in its heroic effort to save people from the most horrific fates.

Powerful stuff. The global yakkity yak left me numb, so I will skip on to the next paragraph where he tells us that he doesn’t want to criticize the United States but must:

And so it is with great sadness that I now criticise one of them. Because I was never prouder than when I was decorated by the 82nd Airborne after the capture of Musa Qala. It was a huge privilege to be recognised by such an extraordinary unit in combat. To see their commander-in-chief call into question the courage of men I fought with — to claim that they ran. It is shameful.

Those who have never fought for the colours they fly should be careful about criticising those who have. Because what we have done, in these last few days, is we’ve demonstrated that it’s not armies that win wars. Armies can get tactical victories and operational victories that can hold a line. They can just about make room for peace, make room for people like us, parliamentarians, to talk, to compromise, to listen.

There are American units that command respect the world over: Marines, Seals, Rangers, 101st Airborne and the “World’s 911”, the 82nd Airborne Division. Men and women who fight along side one another develop a bond that those of us who have never been battle-tested cannot begin to understand. Not all of the Afghan Partner Units or Terps were loyal, but those who were risked their own and their families’ lives.

When Callous Joe made the claim that the Afghans ran off, he slandered the ones who are still fighting and the 66,000 Afghan soldiers who have died fighting for their own country. Joe has revealed what some of us knew; he is utterly devoid of empathy.

And, the final paragraph:

But there is a second image that I must leave you with and it is a harder one. But I am afraid it is one I think we must all remember. The second image is one that the forever war that has just reignited could lead to. It is the image of a man whose name I will never know carrying a child who had died hours earlier, carrying this child into our base and begging for help. There was nothing we could do. It was over. This is what defeat looks like: when you no longer have a choice of how to help. This doesn’t need to be defeat — but at the moment, it damn well feels like it.

It feels like a defeat. It is a defeat for the entire civilized world brought to you by decaying figure sleeping soundly in his bed in Wilmington, while sending more of our beloved children into a kill zone.

Thank you to the British Parliament for holding this fraudulent corpse in contempt. Most especially, thank you to MP Tom Tugenhat for your service and your honest speech.