Previous post
Joint Chiefs says ISIS Not a Threat to US

BREAKING: “Missing” Lois Lerner IRS emails DO exist and they ARE backed up

BREAKING: “Missing” Lois Lerner IRS emails DO exist and they ARE backed up

“A Department of Justice attorney told a Judicial Watch attorney on Friday that it turns out the federal government backs up all computer records in case something terrible happens in Washington and there is a catastrophe….So everything we’ve been hearing about scratched hard drives, about missing e-mails of Lois Lerner, other IRS officials, other officials in the Obama administration, it’s all been a pack of malarkey.”

So all the sworn statements about missing, deleted emails, and destroyed, unrecoverable hard drives are all false?  The IRS lied?  Where’s my shocked face?

“FITTON: And we’re, we’ve asked the Department of Justice that same thing. And we want to know why they hadn’t told the court about this back-up system. If this back-up system is working, Lois Lerner’s e-mails are there. There are a half-a-dozen other IRS officials whose e-mails supposedly have disappeared as well. And we’ve heard from other agencies like in, over in the HHS over Obamacare, e-mails disappearing there. And we’ve been led to believe that, you know, once they disappear they can’t be found again, when in fact they back up everything, as most people suspected. Now the government has confirmed.And you know we’re going to ask the judge in this case for relief. We’re already in a hearing or a mediation session as we speak with a magistrate judge overseeing this discovery issue. But we got to get these e-mails. And now we know where they are, where they’re likely to be. And the Obama administration needs to get it’s, needs to get on the ball and start retrieving them as opposed to stonewalling and continuing to obstruct justice.”

“The IRS has submitted several sworn declarations to a federal district court in an attempt to explain the missing emails of former agency official Lois Lerner, as part of a case brought against the agency by a conservative watchdog group.

In the declarations, agency technology officials insisted they did everything they could to fix and recover data from the hard drive of Lerner, who is a central figure in the investigation into the agency’s targeting of conservative groups. However, they said their efforts were fruitless, and some of Lerner’s emails were lost.” 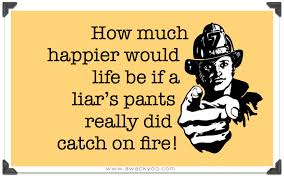 Well, I’d be so much happier.  How about you?