Next post
Good News: The Second Amendment Is Alive 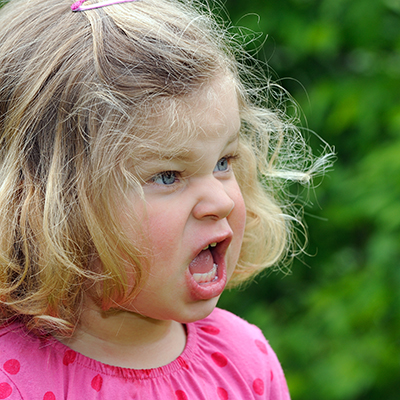 One of the defining characteristics of the anti-American Left’s cannon fodder is their puerile petulance. And two chicks with the melanin-level of 10-minute-sunburn decided to mark America’s Birthday with a lame ditty about how ashamed they are to be Americans.

“I’m ashamed to be an American, where not all folks are free” Really? Who isn’t free?

If you choose to be a criminal and get locked up or worse, you are free to do so. pic.twitter.com/gY3MY4DzMT

“I’m ashamed to be an American where not all folks are free, and I won’t forget the enslaved who died and built this place for free, so I proudly lift up all the folks who are still oppressed today, because there ain’t no doubt this ain’t our land, f–k Trump and f–k the USA.”

I have no information on the gals who made this except that it was posted by Sarah Spencer @MidwestQueer on the TikTok app. So she and her lover aren’t just ungrateful, emo-driven Leftists but have no issue with a Red Chinese app that has access to their information.

However, let me take a moment to speculate on Spencer’s background. Dollars to donuts she grew up in a nice middle-class family, never worried about the next meal or having to get a job as a teen to feed herself or family. She’s the product of politically squishy parent(s) who encouraged her to “find herself”, gave her an unconditional allowance, praised her regardless of performance and worried more about her grades than her character. She’s a college grad with a degree either in Angry Studies or Liberal Arts. Her gayness is as much a political posture as her anti-Americanism (the tip-off is her use of the word “queer”).

Her parents should be ashamed, but I bet they aren’t. This script has been run so many times, it’s a hackneyed cliché.

I know Sarah is incapable of rational discourse, but if I could I would ask her “what country would you rather be a citizen of right now?” Not that she’d be honest enough to answer. Leftwing cannon fodder is schooled to duck that question. The usual response is an attack along the lines of

No, dears. In a flawed world of flawed human beings, I deal with what exists. I compare America with other countries as they exist. I don’t compare America with the non-existent, fairytale utopia of infinite human perfection Sarah carries in her tiny, angry brain. And she can only condemn America, and proclaim being ashamed of her citizenship, by lying about its history. What folks in America are not free? We are all a product of our choices and can be oppressed only by the consequences of them. I’m free to walk into any store in this country and engage in voluntary trade. But if I pull out a gun and steal, my going to jail and having my freedoms oppressed, including future job opportunities … that’s a consequence of my own choices.

Sarah, I pity your parents were unable to teach you responsibility. That you are incapable of understanding that there is no freedom without responsibility has made you a moral cripple.

“We who lived in concentration camps can remember the men who walked through the huts comforting others, giving away their last piece of bread. They may have been few in number, but they offer sufficient proof that everything can be taken from a man but one thing: the last of the human freedoms — to choose one’s attitude in any given set of circumstances, to choose one’s own way. …

Freedom, however, is not the last word. Freedom is only part of the story and half of the truth. Freedom is but the negative aspect of the whole phenomenon whose positive aspect is responsibleness. In fact, freedom is in danger of degenerating into mere arbitrariness unless it is lived in terms of responsibleness. That is why I recommend that the Statue of Liberty on the East Coast be supplemented by a Statue of Responsibility on the West Coast.

An aside here: Ironic, isn’t it, that white chicks like Sarah are ashamed of “white supremacy” while refusing to allow black folk the freedom and agency to make their own choices.

Attention all you Wokeistanians ashamed of your lack of melanin and pining for the perfect fjords of Wokeistan?

Get off my lawn.