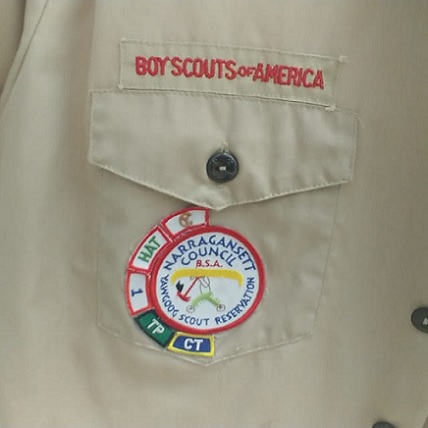 The Boy Scouts of America are facing waves and waves of lawsuits regarding sexual abuse cases, and are acknowledging that it will likely take the organization under as they are formally filing for bankruptcy.

This is where I issue full disclosure: I have no personal connection to Scouting. My boys have never been involved in Scouts (finding mainstream social groups that are willing to take in special needs kids is not an easy task), and while both my husband and brother participated in Cub Scouts as young boys, they did not continue on as they got older (in my brother’s case, baseball ate up his free time). While I support the values and goals that the Boy Scouts have long championed and have seen a positive effect on others through their organization, there is no doubt that for an inexcusable period of time, the Boy Scouts allowed the sexual abuse of scores of innocent children. Whether it was a sin of omission (by not asking hard questions of the adults) or commission (by ignoring complaints and turning a blind eye to abuse) over the decades, I don’t know. As with so many organizations, it probably varied from place to place, from person to person, from crime to crime.

But each victim’s pain is tremendous, and as revelations have trickled out over the years about the cruelty of certain adults who used the Boy Scouts to create a personal hell for children, there has been a cry to hold the Boy Scouts accountable. The news of the bankruptcy filing is an admission that more than likely, these cases will decimate their assets.

The official letter from Jim Turley, the national chair of the Boy Scouts of America, can be read here. The message itself is good and offers what seems to be a heartfelt apology from the national level. The problem is that the message feels like “too little, too late” for victims.

The Boy Scouts of America's bankruptcy filing is "an admission of guilt," said one of the thousands of former Scouts who were allegedly sexually abused by leaders. https://t.co/wB7mJBwl8m

Morse said when he closes his eyes, the memories of the alleged abuse are still there. “It’ll never go away,” he said.”

He recalled “terrifying” car rides with his Scout leader John Brown, who he described as “an extremely large man,” estimating he was 6’3″ and 260 pounds.”

“He always put three of us in the front seat of a car, for pizza and soda, and back those days, the stick shift is on the column, so when you’re shifting gears … his hand would drop into your lap,” he said. “Now this guy’s hand was as big as my head, so what am I supposed to do, jump out of the car? Scream? Run? I mean, it was terrifying.”

The alleged abuse, which Morse never reported, prompted both him and his older brother, Harvey, to drink. For Harvey, the drinking led to his death, Morse said.”

In a statement, the Boy Scouts of America told CBS News they “barred” Brown from the organization when they learned about his actions from law enforcement. They also pointed to a “multi-layered process of safeguards” including a ban on “one-on-one situations where adults would have any interactions alone with children.”

Morse claims his abuse ended when he stopped showing up to the Boy Scouts, but he believes Brown continued to molest other kids for years.”

Brown, who died in 1997, was arrested in the mid-80s and pleaded guilty to assaulting a minor, according to a public record.”

The Boy Scouts have been hammered for years by the denizens of political correctness, and have changed up their organization more than once to satisfy social justice demands. But this isn’t about social justice. This is about finding some kind of justice, often years after the fact, when the perpetrators are often dead but the pain still haunts the survivors.

Despite the claims at the national level, the bankruptcy is sure to affect what can be offered at the local level for the Boy Scouts. The national organization also would like to see local councils contribute to the victims’ compensation trust. Explaining that to kids who have little to no understanding of what happened in the past is sure to be awkward and difficult. Will parents still choose to be involved in Scouting during this process?

Evil lurks everywhere, and predators seek out prey in all circumstances and situations – in schools, in churches, in families, in sports, and in organizations like the Boy Scouts. That they didn’t acknowledge that kind of evil for years, and didn’t protect the boys in their care from predators for far too long, is where the BSA failed. It’s not a unique failure, because, as I said, it can happen anywhere that a predator gains authority over those they want to harm.

Even though the Boy Scouts are trying to restructure with bankruptcy protection now, how do you put a pricetag on sexual abuse? That will be up to lawyers, judges, and juries. I don’t have good answers for this situation. I do think the Boy Scouts are a worthwhile organization, even though my interactions with the organization are secondhand. But in order for the BSA to survive, there will need to be a reckoning and accountability. How the organization looks once the legal battles are settled is anyone’s guess.