Bill Clinton Smears the Military as Racist, Sexist, and Homophobic

Next post
Bloomberg Refuses National Guard Assistance after Sandy Because... They Have Guns

Bill Clinton Smears the Military as Racist, Sexist, and Homophobic 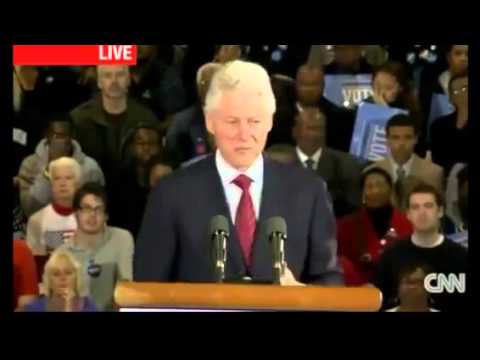 Hey, did you know that before Obama took office, the military was made up of a bunch of racist, sexist, homophobic jerks? Yeah, the Great Uniter came in and took care of all that, though. You’re welcome.

So basically, what Clinton just implied was that before Obama, the military was a racist, sexist, and homophobic organization. Heck, it still is, just less so, apparently. Presumably, this is due to Obama’s repeal of “Don’t Ask, Don’t Tell”, which interestingly enough, was put into place during the Clinton administration. The insulting thing, though, is the implication that the military is comprised of a bunch of backwards neanderthals who need more sophisticated people — like Obama — to come in and straighten them out. Probably through some kind of liberal social engineering, no less, masquerading as “progress”.