Next post
Paul Ryan on #Obamatrade: "It's made public once it's agreed to." 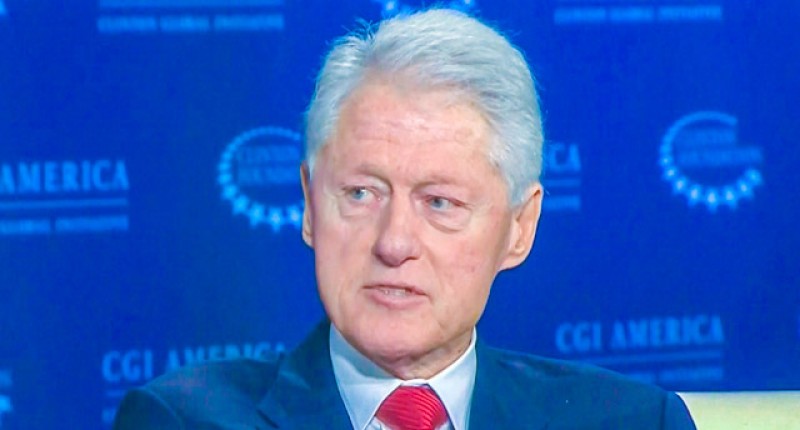 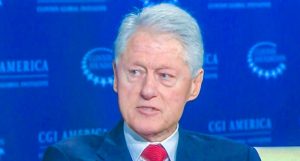 When asked about his speaking engagements, Bill Clinton said he would stop making paid speeches if Hillary Clinton were elected to the presidency.

When asked by Bloomburg Television whether he would continue to give paid speeches in a possible Hillary Clinton presidency, he said, “I don’t think so.”

“I will still give speeches though on the subjects I’m interested in,” he added. “I’ve really enjoyed those things.”

What will those speeches be on, Bill? Will they be informative seminars on philandering? Will you read those attending the dictionary? Oh, I know. You could teach us all how to convince people around the world to donate millions to our slush fund “charity”.

Clinton went on to say that “it would be a very good thing for America” if his wife, Hillary Clinton, wins in 2016, and he stressed how hard it is to appropriately use people in their maximum potential when president.

“She’ll have to decide what’s my highest and best use – including being around to buck her up every morning,” Clinton said.

That sentence makes me shudder. Firstly, I don’t think there is anything Slick Willie could do to make his wife a more pleasant individual. She’s, simply put, a miserable hag. However, I really don’t want to hear about what the famous philanderer does to try to “buck her up”. Just the sentence makes me long for some industrial strength brain bleach.

I know one item that certainly won’t be on his “Buck Hillary Up Every Morning” initiative: convincing her to stop using her political influence and power to garner donations from her and Bill’s supporters around the globe for legislative favors.

In May, the Federal Election Commission findings showed that the Clintons earned more than $25 for more than 100 paid speeches between January 2014 and May 2015. That’s an average of $250,000 per speech, but they are DEAD BROKE, y’all.