Next post
Transgender in LA Spa Exposed as Sex Offender 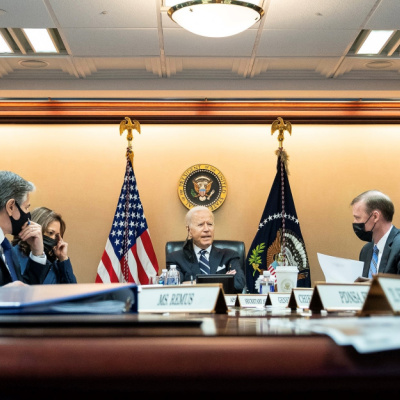 If you’re thinking about Dementia Joe, it’s had to focus on one of his many failures. This new ad focuses on the Afghan withdrawal. It narrows the point of view down to Joe and the Afghan people. Thankfully, it features only one of the flag draped coffins we saw arrive at Dover Air Force Base last Sunday. More would have been an unnecessary emotional appeal and disrespectful to the military families and those who made the ultimate sacrifice. The Left would have jumped on it like a duck on a Junebug. The deaths were acknowledged but not dwelt upon.

No, this ad is focused on the images from last week and the failures caused by Joe’s dementia and incompetence. Here is the ad:

The opening of Creepy Joe behind the podium at the White House saying that Afghanistan cannot be used as a terrorist base followed by some random news reader saying that the country has become a Disneyland for terrorists is perfect. That’s followed by Joe intoning that his Administration planned for every contingency. He has the greatest intel, but they didn’t know the government would fold. In TownHall.com this morning, the ever quotable Kurt Schlichter posted an article “This Guy Is Senile and Can the Media Stop Pretending He’s Not?”. In it, Schlichter wrote:

Just listen to the guy on the rare occasions they pump him up with drugs and let him talk. His Afghanistan victory lap – though it was the eager liberal blue checks that did the lapping – was a bizarre Escher monologue: “Our intel people did a great job but no one saw this coming and it was the greatest evacuation ever and also it was all Trump’s fault.”

This led to the total chaos portion of the ad. Children running and people screaming. Random newsreader saying Joe really didn’t didn’t take any responsibility. Intercut with these scenes are Joe falling up the stair of Air Force One three times. Remember?

I watched this live. He, I’m sorry I meant she fell down like a staged Joe Biden falling up the stairs to AF1 pic.twitter.com/m52BDgm2fJ

It adds just the right note to keep the ad from getting too maudlin. Joe’s failures are legion and they are destroying the country but, we are not Liberals and we have a sense of humor. The humor is needed because they next scene is an angry Afghan man screaming that Joe did this. Joe made the deal with the Taliban and he can go to Hell.

The next of the vignettes is of people being left behind, Joe saying we would get everyone out, followed by Marine General Kenneth “Frank” McKenzie acknowledging that we left people behind. For what it’s worth, General McKenzie is a Citadel graduate. A great deal of our family’s hard earned money went to that school and I am utterly gutted that this General is a twatwaffle.

No video ad for the Biden Junta would be complete without the patented Kamala Kackle and is followed by Dementia Joe saying, “The mission hasn’t failed…yet” and Joe resting his head on his portfolio. There are scenes of people running and screaming in the streets intercut with a woman asking, “If this isn’t failure, what does failure look like?” The final scenes are Joe struggling to complete a sentence and one of the many times Joe turned his back on the press and leaving the room.

The ad is one minute and nine seconds long. It highlights the recent failures. Depending on the speed and accumulation of Joe’s failures the Trump PAC could do one of these monthly or maybe weekly. There is supposed to be a healthy ad buy for this one, but I have been able to find out how much, when or what channels.

Props to the Trump Marketing Team.