Previous post
Where in the World is Carmen ... er ... Kamala Harris? 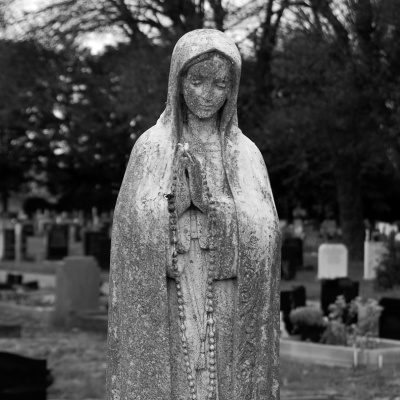 Next post
Prayer To Hate White People From Professor 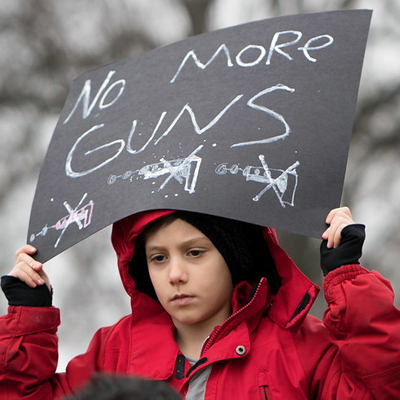 Hold on to your Constitutional rights — on Thursday, Joe Biden is announcing executive action on guns. If he can’t legislate away the Second Amendment, he’ll destroy it by fiat.

After the recent shootings in Atlanta and Boulder, CO, anti-gun groups like Everytown, Brady, and Giffords, along with their Democrat allies in the Senate, have been meeting with higher ups in the Biden administration. These would include adviser Cedric Richmond and Domestic Policy Council Director Susan Rice — who is probably calling the shots in the White House anyway.

Jen Psaki was cagey with reporters on Wednesday about the executive actions.

So why is David Chipman such a big deal? And why would that be a problem?

Well, where do I start?

First of all, you should know that David Chipman is the darling of the Giffords group, the band of gun grabbers run by former Rep. Gabrielle Giffords and her husband Sen. Mark Kelly (D-AZ). In fact, the Giffords group was so excited about Chipman they quickly issued a statement, which reads in part:

“David has spent his career serving the public, combating violent crime, and striving to make our nation and our communities safer. As a responsible gun owner, decorated law enforcement professional, and gun safety expert, David is the perfect choice for ATF director.”

Sounds like a good choice, no? Yeah, well, read a bit more about David Chipman.

Chipman, for starters, gets paid by Giffords as a senior policy advisor. Plus, he holds deep contempt for Americans who began buying guns when the government mandated Covid lockdowns. After all, he said, these are nuts who are preparing for a zombie apocalypse or something. So they’re hoarding guns like other fear-driven citizens were buying up toilet paper, he said.

“Fear has been the motivation for much of the increases in firearms purchases.”

“A small percentage of the marketing to gun owners has been to encourage preparation for end times scenarios and zombie apocalypses.”

Now if you own guns and have been purchasing ammo, are you expecting a zombie apocalypse? Me neither. But that’s how David Chipman looks at people like you or me. Other than himself, of course, since he also said “As a gun owner myself, I get how people instinctively think about their personal safety and that of their family.”

Plus, Chipman had no problem when governors tried to shut down gun stores and called them “non-essential.” After all, defending your family during the 2020 summer of “mostly peaceful” protests is non-essential, right? Besides, all you people who might want to buy guns for defense aren’t responsible enough to balance your purchases with your food choices, which are low class, by the way:

“If we can imagine how horrible this crisis is … the people who hoarded the guns might decide six months from now — once they see no zombies around but they’ve run out of tuna and beef jerky — that they need the money to buy food.”

There it is again — a reference to zombies. What is it with this guy — did he watch too many episodes of The Walking Dead?

But you know what scares David Chipman the most?

Those 3-D Printed guns, also known as “ghost guns.” And if you notice above, “ghost guns” are something Biden wants to stop with his executive orders.

As for Chipman, in 2018 he helpfully participated on behalf of the Giffords group to answer questions about 3-D guns. Presumably he’s answering legitimate queries although you really don’t know if actual people asked them.

And once again, he shows his contempt for gun enthusiasts here, calling them “trolls.”

Plus, Chipman also wrote in a 2020 blog post at Giffords:

“These days, we’re seeing an alarming new trend among criminals and firearm traffickers: ghost guns. Not enough people are talking about this growing threat, and that’s got to change.”

Except that his fear-mongering doesn’t stand up to the data. A 2019 Department of Justice report, based upon a 2016 Survey of Prison Inmates, doesn’t list ghost gun production as a weapon source at all. (Moreover, over 40% of guns used by the inmates came from off the street or other underground markets. Another 25% came from other individuals, and 17% from other sources, for a total of nearly 90%. So much for the canard about “gun show loopholes” or easy gun store purchases.)

Plus, printing a 3-D gun is expensive, and they’re not particularly reliable. Why would a criminal produce one when he could just buy a cheaper and better gun off the street?

However, the good news here is that Joe Biden has an uphill battle to get David Chipman confirmed. First of all, Republican senators won’t like someone from an anti-gun organization taking the reins of the ATF. Plus, there’s West Virginia Sen. Joe Manchin, who has lots of gun owners in his state to answer to. Finally, the ATF director post has been historically tough to fill. So the Chipman nomination is likely to go down in flames on the Senate floor.

Now as far as all those other orders from Biden: does anyone really think they will make any difference? Would any of these orders have stopped the shootings in Chicago over the Easter weekend when eight people were killed? Or kept a 21-month-old baby from getting shot in the head in a road rage incident on Chicago’s Lake Shore Drive on Tuesday morning?

Only a reversal of the social pathologies permeating our cities would stop such horrors. But you know that doesn’t fit the narrative for Joe Biden and his gang of gun grabbers. So on we go, flogging the dead horse once again with meaningless executive orders and restrictions upon honest citizens.