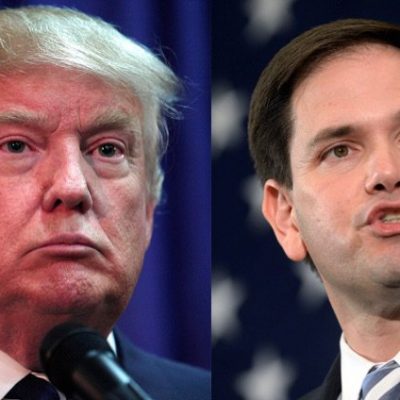 Apple vs. the FBI

Next post
Quote of the Day: Entitled Millennial Edition

Apple vs. the FBI 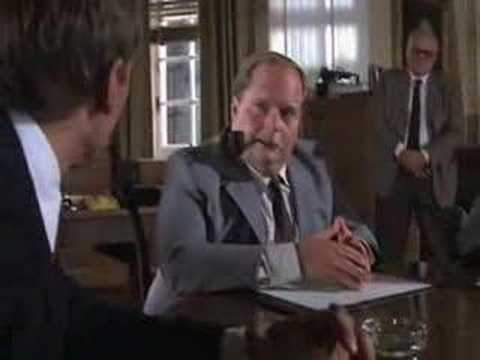 Last week, the FBI got a judge to order Apple to create software that would allow them to break into San Bernardino terrorist Syed Rizwan Farook’s work-issued iPhone. The arguments between the two sides are both compelling ones, and now FBI Director James Comey is defending the request.

In a statement posted on the Lawfare blog, Comey sought to defend the FBI demand for access to the iPhone as well as counter arguments from Apple Inc. that the request risks threatening the digital privacy of Apple customers all over the world.

“We simply want the chance, with a search warrant, to try to guess the terrorist’s passcode without the phone essentially self-destructing and without it taking a decade to guess correctly. That’s it,” Comey wrote in a four-paragraph statement. “We don’t want to break anyone’s encryption or set a master key loose on the land.”

The iPhone used by Syed Farook, who along with his wife killed 14 people in the December 2 rampage, may or may not hold clues to finding more terrorists, Comey wrote.

“But,” he added “we can’t look the survivors in the eye, or ourselves in the mirror, if we don’t follow this lead.”

The FBI wants into the iPhone to see if Farook left anything that could possibly help lead them to other terrorist plots. Farook and his wife, Tashfeen Malik, had personal iPhones that they destroyed, but the iPhone in question is Farook’s work phone, which was recovered in the searches after the attack.

Apple is refusing to help the FBI, on the grounds that they are basically asking for Apple to create a way around the iPhone 5c’s security feature, which wipes all information after ten failed attempts to get into the phone. The FBI wants to do a “brute force attack” to crack the password, but they want Apple to give them unlimited tries to do it. Apple is pointing out that the FBI is asking for a way to potentially unlock any iPhone with a passcode, and that once the software is created and in the hands of the FBI, there is nothing that Apple can do to guarantee the security of their devices.

But what the FBI had to admit is that once the iPhone was in the hands of the authorities, either they or the San Bernardino Health Department (who issued Farook the iPhone) reset the password to the iCloud backup.

The Justice Department acknowledged in its court filing that the password of Syed Farook’s iCloud account had been reset. The filing states, “the owner [San Bernardino County Department of Public Health], in an attempt to gain access to some information in the hours after the attack, was able to reset the password remotely, but that had the effect of eliminating the possibility of an auto-backup.”

Apple could have recovered information from the iPhone had the iCloud password not been reset, the company said. If the phone was taken to a location where it recognized the Wi-Fi network, such as the San Bernardino shooters’ home, it could have been backed up to the cloud, Apple suggested.

The auto reset was executed by a county information technology employee, according to a federal official. Federal investigators only found out about the reset after it had occurred and that the county employee acted on his own, not on the orders of federal authorities, the source said.

Apple executives say the iPhone was in the possession of the government when iCloud password was reset. A federal official familiar with the investigation confirmed that federal investigators were indeed in possession of the phone when the reset occurred.

In simpler terms, they reset the password to the virtual data storage (so they would know what the password was), but that new password HAS to be entered into the iPhone in order for it upload whatever data might still be on it. Government competency at its finest, everyone. Some genius in the San Bernardino Health Department, either on their own or at the direction of the FBI, reset the password to the iCloud. If they had done what Apple has said they should have done, it could have rendered the use of the iPhone inconsequential. (And I’m not the only one who thinks that no one in the San Bernardino county IT department just spontaneously decided to reset the password to the iCloud all on their own.) And now, there’s no chance of getting a backup of all of that data in the “cloud” without breaking the phone. Top men at work, there. Top. Men.

What happens now is going to be a court battle that could go all the way up to the Supreme Court, unless one side caves first. The FBI wants that phone unlocked. Apple wants to protect their product. This is the fight, once again, between national security and personal security. The government is determined not to lose this fight. Apple seems to be prepared to fight to the bitter end (and their newer fingerprint security, TouchID, is just going to make this more interesting).

Whose side are you on?