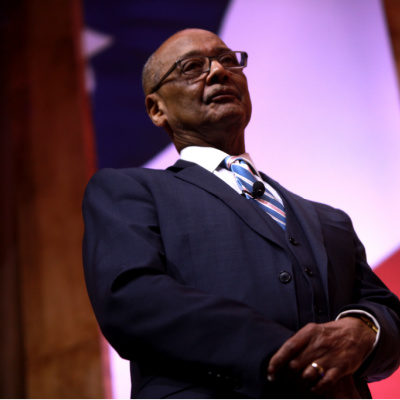 Next post
Civil Rights Leader Pushes Back At Kamala Harris

by Kit Perez in Cultural Issues, Everything Else 9 Comments

Anti-gun group Everytown and the equally gun-hating mayors of Chicago, Syracuse, New York and Columbia, South Carolina have filed suit against the ATF, claiming that the agency is not following its own laws regarding 80% lower receivers.

An 80% lower, as its known, is a lower receiver to a rifle or frame to a  pistol that is only 80% milled out. While finished rifles come with traceable serial numbers — and often paperwork about their buyers — an 80% lower has no serial number. What’s more, it doesn’t need to according to the law, because it’s not a gun. It’s a gun part, which may or may not become a firearm at some point in the future.

What that means for you is that you can buy an 80% lower, mill it out yourself, and build a rifle or pistol with a parts kit. This results in a so-called “ghost gun,” that has no serial and no paperwork. In other words, it’s the kind of gun the government doesn’t know about and cannot take away. The kind we need more of, simply because anti-gun groups like Everytown exist.

Such a blatant use of the rights enshrined in the Second Amendment, of course, is anathema to the freedom-hating anti-gun lobby. Lori Lightfoot, mayor of The Combat Zone Formerly Known As Chicago, says it’s “simple:”

individuals with dangerous histories shouldn’t be able to order lethal weapons on the internet with a few quick clicks.

That’s not how it works, of course, but never mind the facts. Lori’s got an agenda — and it isn’t fixing her own hellhole of a city.

The two lawsuits are going after the same goals:

The answer, of course, is that they wouldn’t know. They wouldn’t be able to take them away. That’s why these mayors and groups like Everytown are all over it, trying to get 80% lowers reclassified as guns.

That would mean no more buying a lower, milling it out, and building your own firearm. It would mean that getting caught with an unserialized firearm would be a crime. It would mean a whole bunch of new laws to force people to relinquish, destroy, or get rid of the ones they already have.

There are a few obstacles in their way, but lest you think the ATF is somehow blameless here, consider that we are talking about the agency who manufactured an entire sting operation that ended with a whole lot of women and children dead, just to justify their own existence.

By the way, the ATF is actually not following their own law. Everytown is right about that. But it isn’t about what the anti-gun lobby wants you to think.

The ATF actually doesn’t like 80% lowers. In fact, according to one of their own former agents:

the ATF has been deliberately misinterpreting a key gun control regulation for decades because officials fear that following the letter of the law would allow criminals to build AR-15s and other firearms piece by piece with unregulated parts.

In other words, the ATF is totally okay with the lawsuits against them because they want the same thing Everytown does: to know exactly how many firearms there are…and who has them.