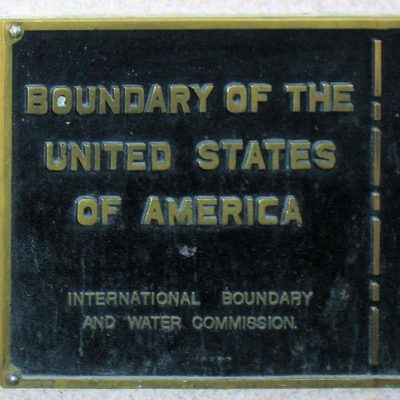 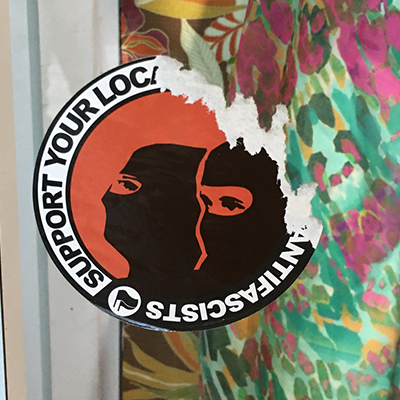 Andy Ngo is certainly a fish out of water in his city of Portland, OR. An author for Quilette, he exposes the violent shenanigans of the Antifa goons who terrorize that city.

On Saturday, Ngo was back on the streets, filming Antifa antics during yet another of their protests when the mob turned on him, circling and attacking him like a pack of feral dogs. He ended up in the hospital.

And here’s the immediate results of Antifa’s attack on Andy Ngo. It also appears that Portland police were not exactly Johnny-on-the spot in coming to his rescue. Click the link under his name in the tweet for his reaction.

As for those “milkshakes” that Ngo was talking about — they weren’t cups of creamy deliciousness that Antifa hurled at him. Portland police report that they were cups of quick-drying cement.

After his ordeal, Ngo ended up in a hospital emergency room. He sustained some serious injuries, unlike Jussie Smollett, who managed to keep his Subway tuna sandwich intact during his hoax MAGA “attack.”

In fact, attorney Harmeet Dhillon reported that Ngo had a brain bleed:

But after all that violence from the mob against Andy Ngo, who was merely filming a protest, guess how many perps the Portland Police arrested.

Three. Just three, out of all those thugs who beat and bloodied an innocent man. 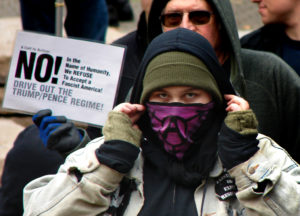 Now you’d think that journalists would be shocked and outraged at an attack on one of their own, wouldn’t you?

Well, if you thought that, you’d be wrong. Because Charlie Warzel, writer at the New York Times opinion desk, basically says that Andy Ngo brought it on himself. And he should’ve known better, too.

Thread from a great journalist who routinely embeds w/ hate groups. This doesn't discount that the situation is fucked and that violence should be unacceptable. But there are also serious risks involved with putting yourself in volatile situations. Any journalist should know that https://t.co/KPmaiSrmoM

Never mind that the Grey Lady has whined in the past about how Donald Trump has treated journalists. After all, just a few months ago they published an opinion piece solemnly intoning that “The Media is Not the Enemy.”

“When the only defenders of journalism are journalists — when elected officials in a democracy behave as if reporters are combatants — leaders with tyrannical instincts become emboldened.”

And as for CNN, Brian Stelter described the attack as “disturbing,” and that. . .

Wow — such a bold statement coming from their chief media correspondent. What’s more, he called Ngo just a “messenger” — after all, he’s not a true journalist like Stelter and his cronies at CNN.

What a bunch of pompous asses, don’t you think?

The last I checked, neither President Trump nor any members of his administration ever physically attacked journalists. However, Andy Ngo can go pound sand as far as NYT journalists are concerned. He doesn’t march in their leftwing elitist parade, where they congratulate each other for their courage in spewing their groupthink.

Meanwhile, Andy Ngo’s conservative colleagues have supported him wholeheartedly. For example, Michelle Malkin has set up a fundraiser at Go Fund Me called the “Protect Andy Ngo Fund.” She writes:

“Lovers of liberty and supporters of independent media,

My friend, Portland, Oregon-based journalist Andy Ngo, was beaten and robbed today by Antifa while covering the latest paroxysms of left-wing violence. Andy has been singled out, doxxed, and targeted by SJW thugs while police stand by and do nothing. . . .

Please help raise money for his security and medical needs, and to help him replace his stolen equipment. Every cent goes directly to Andy.

I said during my CPAC speech earlier this year that we need to stand with those reporting and fighting on the front lines. Andy is one of the intrepid journalists doing the job no one else will do.

I’ve been in touch with him and he has given me the green light to create this fund. All funds will help him continue his invaluable work. We need him back in action ASAP.

And if you work in law enforcement or private security, please contact me directly to help form an effective security plan to keep Andy safe.

Thank you for your support!”

Surprisingly, Malkin set $50,000 as her goal, and in only five hours the fund amassed over $47,000. I’m pretty sure that Andy Ngo will get way more than that 50K by the end of the fundraiser.

But this saga tells you just whom conservative journalists can count on, and they aren’t found in the ivory towers of elite media like the New York Times.