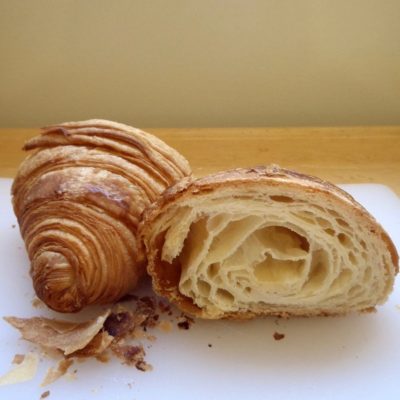 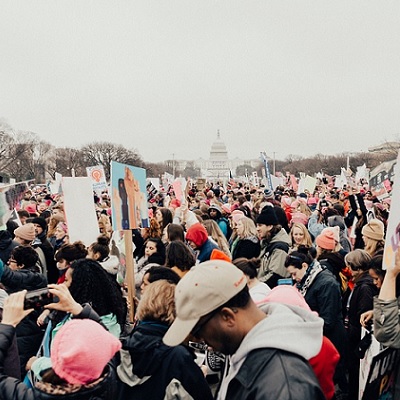 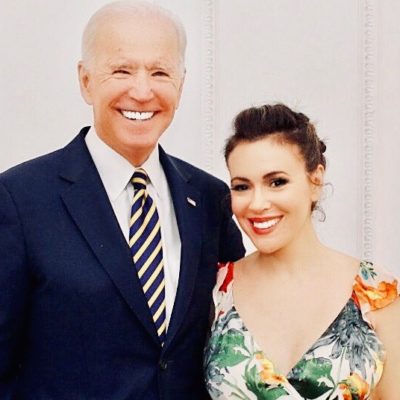 It’s been well documented for years that Joe Biden is handsy and has a very bad habit of getting into women’s personal space. Now there are at least three women who’ve come forward with their stories just as he is getting ready to run for President. But don’t worry! Alyssa Milano and Nancy Pelosi are here to tell us that #MeToo doesn’t apply. The hypocrisy is amazing.

“Speaker Nancy Pelosi (D-Calif.) said Monday that a pair of allegations of inappropriate kissing and touching against former Vice President Joe Biden should “not at all” disqualify him from the 2020 race.

“No. No, I do not,” Pelosi told reporters when asked if she thinks the allegations from two women are disqualifying.

“I don’t think that this disqualifies him from being president,” she said while walking to the House chamber. “Not at all.””

In fact, she thinks it’s just an affectionate style of interacting with folks, but that Biden should consider becoming a member of the ‘straight arm club.’

Is that really the only way to address this issue? There are examples all over social media of his years worth of inappropriate contact with women. This is just one example.

Nancy is telling us, nothing to see here! Move along! What did she have to say regarding all the unfounded accusations leveled at Brett Kavanaugh? After calling him and his testimony “hysterical,” she issued this statement after his confirmation.

““Today is a profoundly heart-breaking day for women, girls and families across America.

“Courageous women risked their safety and well-being to speak truth about this nomination. Tens of thousands more joined them to share their own harrowing stories of sexual assault, at great personal risk. Yet, Senate Republicans chose to send a clear message to all women: do not speak out, and if you do – do not expect to be heard, believed or respected.”

I get it. #MeToo only applies to those on the wrong side of politics.

Alyssa Milano got the memo.

I am proud to call Joe Biden a friend. He has been a leader and a champion on fighting violence against women for many years, and I have been fortunate to accompany him to events with survivors where he has listened to their stories, empathized with them, and comforted them. pic.twitter.com/cI0jsKlu3P

Alyssa highlights Biden’s “Its On Us” campaign while pointing out that people like frat brothers and college athletes need to be part of the discussion. Perfect! Then she should welcome the commentary from the Duke lacrosse team and the fraternity at UVA who had to deal with bogus claims of rape via the now retracted Rolling Stone story. Right?

4. Joe Biden’s response that he never meant to make anyone uncomfortable and that he'll listen and learn from anyone who says otherwise is exactly the leadership we need to build a culture where women are heard and are equal.

There is so much that is sooo wrong in that tweet that it’s comical.

A. She’s defending a guy with years of documented history of creepy behavior.

B. She’s essentially saying it’s ok that Biden did this because he’s learning from women!

C. He issued an half-assed apology so all is good in her little world.

Understandably she’s been getting dragged for this stance. Why? Because of the boatloads of hypocrisy she just shoveled into the atmosphere.

“Maybe you’re too young to remember the Anita Hill hearings. I will never forgive him for that. He may be a good egg as far as men go (because the bar tends to be low) but he shouldn’t be president.

you are everything that is wrong with “being an ally.” this is gross. you’re gross.

Oh Alyssa no. You can count someone as a friend, have had nothing but positive interactions with them- & they can still have had harassed or assaulted other people. Being an impactful advocate means listening to & believing others ESPECIALLY when it’s out of your comfort zone.”

How hypocritical is she? As with Nancy, where was Alyssa during the Brett Kavanaugh debacle? Right smack dab in the middle of the hearing room.

Why was she there?

“”I’m here because I feel any man’s misogyny shouldn’t supersede humanity,” the “Charmed” actress said. “…I felt like I needed to be here to show solidarity and my support to Ford for this day that surely will be incredibly difficult for her.””

Hold on. Read the above again and then compare with her statements about Biden. There’s a major difference between the two!

With Biden, we need to wholeheartedly support him and maintain skepticism about Flores.

5. I respect Lucy Flores' decision to share her story and agree with Biden that we all must pay attention to it. But, just as we must believe women that decide to come forward, we cannot assume all women's experiences are the same.

But with Brett Kavanaugh, the choice according to Alyssa, must be that we believe Christine Blasey Ford no matter the evidence or lack thereof.

The sanctimonious dishonesty from Nancy Pelosi and Alyssa Milano is breathtaking.

What we have here folks are two prime examples of the conditional #MeToo movement. Biden gets a pass because he’s a Democrat.