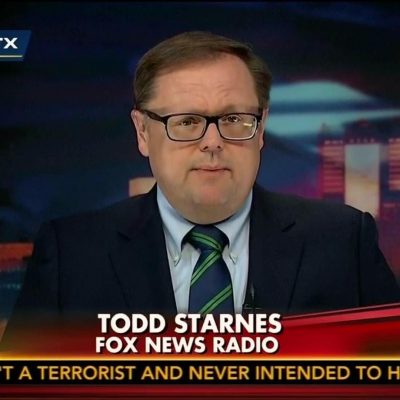 After America, What? Petraeus and Murrieta Have the Answer

After America, What? Petraeus and Murrieta Have the Answer

The LA Times reported Monday night that White House press secretary Josh Earnest said that “most of” the thousands of kids being imported into the US will be returned home. Victory for We the People? Not even remotely. Let’s take a look at what he actually said.

“Based on what we know about these cases, it is unlikely that most of these kids will qualify” for asylum under humanitarian provisions in the law, Earnest said. “And what that means is that they will not have a legal basis for remaining in this country, and will be returned.”

Next, we look at two more phrases: “it is unlikely” and “most of these kids”. It is unlikely does not mean it cannot happen, or that it will not happen. It only means that based on what we know, the chances are probably not that good, but still could happen. Which, as we already saw, is completely dependent on things staying exactly as they are and no “unforeseen” information coming in that would ruin “what we know.” In other words, “it is unlikely” means absolutely nothing. When combined with the phrase “most of these kids,” we see even more wiggling.

Now, Earnest wraps it all up at the end with a nice bow. Essentially, he’s saying “As long as nothing changes, and we can’t find some new information that would result in some, most, or all of these kids getting to stay, then they’ll have to leave.” In other words, the administration thinks you’re a moron.

Here’s the bottom line.  The Obama administration not only knew this was coming, they facilitated it.  They planned it.  And as one Border Patrol agent pointed out, there is currently no one actually watching the border because the agents are tied up processing thousands of illegals and their children who only have to get to the border before getting welcomed in and fed, clothed and housed at your expense.  In fact, the head of the union down there came out publicly exposing that the government put him under a gag order so he didn’t tell anyone that there are no agents guarding the southern border there right now.

Let me say that again.  There are no Border Patrol agents patrolling our southern California border right now.  It’s wide open for anyone.

“As long as they send the bodies up there [to Murietta] to be processed, there will be no agents patrolling and that’s what the agency doesn’t want me to say.”

This is very simple.  The government is lying to you about what is going on.  On June 24th they claimed that they would not be using Murietta as a processing center.  They lied, and over and over now citizens have had to physically prevent the federal government from helping disease-ridden hordes of people break the law.   They are hiding where these people are being sent, and hiding the extent of their diseases.  In fact, these people get to choose which US city they get shipped to.  Want to go to Des Moines, IA?  Okay, sure.  We’ll take you.  Want to go to New York City?  Terre Haute, Indiana? Charlotte, North Carolina?  Sure.  We’ll take you.

What for?  Why is the federal government helping to bring in hundreds of thousands of people who offer us no job skills, no loyalty, nothing?  General David Petraeus can tell you, and it’s not just to enlarge the Democrat voter pool.  Speaking to the Margaret Thatcher Conference on Liberty last month, Petraeus answered the question “After America, What?”

“After America, there is North America,” explained Petraeus…In his presentation to the conference, Petraeus proclaimed the coming of the “North American decade,” a vision he explained was founded on the idea of putting together the economies of the United States, Canada and Mexico, some 20 years after the creation of North American Free Trade Agreement, or NAFTA.

This is evil.  There is no other way to describe it, no other proper term for it.  It’s evil.  China could march an army in right now and there is no one to stop them.  Islamic terrorists no longer have to bother with fake passports and documents and student visas.  They just walk in.  Gone will be the United States of America.  There will just be North America, some hodge-podge, third-world craphole steeped in everything that we once fought our way out of.  There is no one to stop them from destroying it all.

Except us.  We the People.  We are the last line of defense.  Not the military, not the National Guard.  You and me, regular citizens.  Remember us?  We’re supposed to be the ones in charge.  We are at the point where our own government has turned fully against us.  They are actively destroying our culture, overloading our infrastructure, and tanking our economy.  They are helping to bring in a foreign invasion force, and they are actively seeking the end of the United States as we know it.  Think about that: We are awaiting the day when the federal government fires on its own citizens who dare to stand in the way of its agenda.  There is no one to stop them but us.  And the only thing standing between them and total control is the fact that people like you and me are armed, and are willing to stand up against them.  As Washington said, a Freeman contending for Liberty on his own ground is superior to any slavish mercenary on earth.  Three percent was once enough to birth a nation in freedom.  Will it be again?