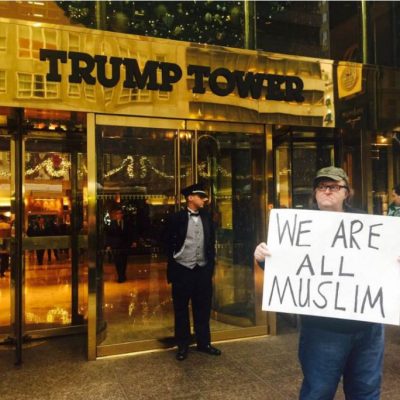 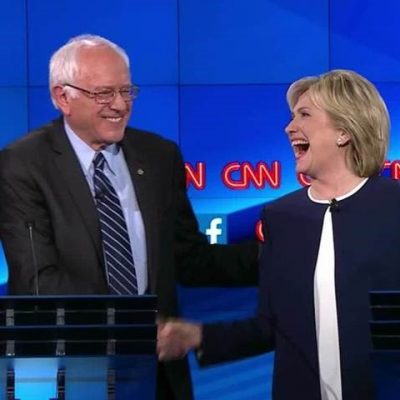 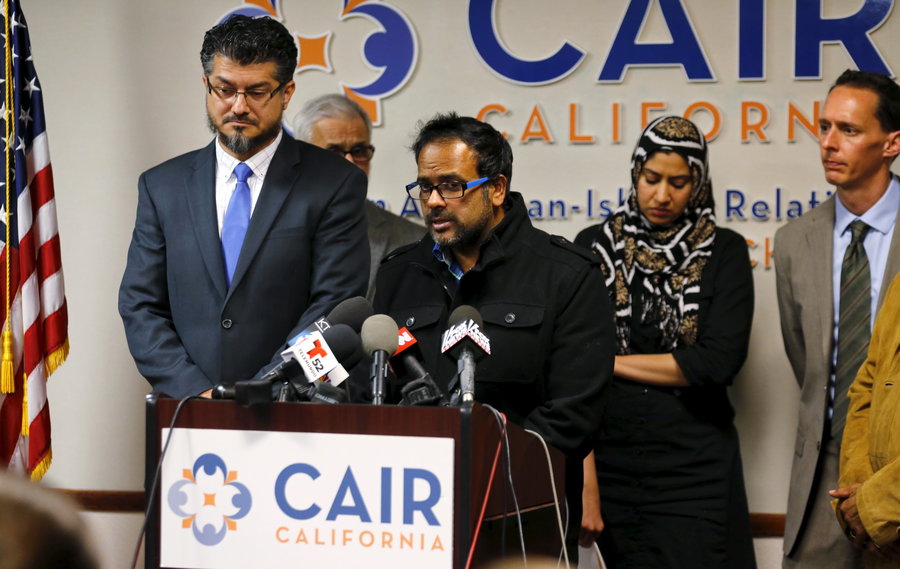 by Amy Taylor in Headlines 4 Comments
In the hours following the terrorist attacks in San Bernardino most decent Americans (of course that excludes quite a few loud-mouthed progressives who are “feeling the Bern”) sat in disgust as the Council for American-Islamic Relations (CAIR) and its representatives partially blamed U.S. policy and the victims themselves for the attack, accusing the co-workers of gunman Syed Rizwan Farook of “making fun of his beard.” They also downplayed comments by Farook’s father linking him to ISIS.

Oh, sure, CAIR condemned the attack, but they also made not-so-subtle digs at Americans while doing it. It is partially all of us – you know, racist, prejudiced Americans – that are at fault, too. Hey, CAIR, we honest, hardworking Americans also make fun of hipsters with well-groomed and conditioned beards, too. It isn’t a slight against your whole faith structure, and it surely doesn’t entitle someone to gun down dozens of his co-workers.

CAIR enrages quite a few of us with their refusal to completely blame the terror on the radicals – which makes a lot of Americans uncomfortable with them and unwilling to trust CAIR when it calls itself moderate. However, groups of Muslim-Americans are beginning to call CAIR out. Men and women like Dr. Zuhdi Jasser, a former U.S. Navy officer and founder of the American Islamic Forum for Democracy, is one such reformer.

“CAIR is a primary obstacle in the effort of many honest American Muslims who recognize our need to own up and lead long overdue reforms against the root causes of radicalization: Islamism and its separationism.”

Jasser and other increasingly outspoken Muslim-Americans say moderates must be honest and unequivocal in their condemnation of acts of violence carried out in the name of their faith, but more than anything else they say they are fed up with CAIR speaking for them.

“CAIR’s information is marketed and packaged so it seems that they speak for all of us, but they don’t speak for me and my group,” said Raheel Raza, president of the Council for Muslims Facing Tomorrow. “CAIR does not and has never represented the majority Muslim voices which are as diverse as Muslims in America.”

Muslims Facing Tomorrow is one of more than a dozen moderate Islamic groups from the U.S., Canada, and Europe that have joined the Muslim Reform Movement, and alliance put together by Jasser. They oppose violent jihad, are advocates for a separation of “mosque and state,” and celebrate individual liberty, freedom, human rights, and gender equality. They also reject the idea of an Islamic State and Sharia Law.

CAIR doesn’t publically support jihad, ISIS, or Sharia Law in the United States, but their reflexive tendency to blame the victims of terror does them no favors in endearing them to most Americans. Their ties to the Palestinian terror group Hamas, and being named an unindicted co-conspirator in a 2007 federal trial involving the group and the Holy Land Foundation for Relief and Development, make it easy for critics to doubt CAIR’s sincerity, and therefore judging all American Muslims who CAIR claims to represent.

“CAIR may condemn the acts and means of radical, violent Islamists, but no one should be fooled for a moment that CAIR’s singular fixation on stoking the flames and raising funds off the exaggerated narrative that Muslims are under siege by ‘bigoted Americans’ is not a major part of the separatism that radicalizes members of our Muslim communities,” Jasser said. They are feeding the global movement against America.”

In 2007, the Holy Land Foundation for Relief and Development and is officers were accused of funneling millions of dollars in donations to Hamas and found guilty of providing material support for terrorism. The FBI cut off all ties with CAIR, although CAIR was not directly involved in the criminal activity. CAIR raises millions of dollars a year in its 32 chapters in 20 states, as well as large donations from Saudi Prince Alwaleed bin Talal to fund the distribution of Korans in the U.S. Some allege that the group has been tied to the Muslim Brotherhood, Hamas, and Hezbollah, but CAIR says this isn’t true.

Many have said that CAIR has a strategy to delegitimize the efforts of the United States government, often distributing materials that make it seem like the War on Terror is a massive plot against Islam. Their talking points are delivered in a way that encourages hatred of Americans because it is delivered in a way that leads people to believe America is bigoted – which further radicalizes those who have fallen for the lie.

Jasser’s group hopes to bring together the progressive Muslims living around the world who believe that violence and terror is wrong, who embrace the individual practice of their faith without forcing it on everyone else, and who reject the idea that one agenda-driven group speaks for the masses.

“We want to wake up the 85 to 90 percent of Muslims in the U.S. who are sitting at home, who don’t go to mosques, but love their religion,” said Jasser.

It is incredibly encouraging that so many moderate Muslims are beginning to step forward to publically condemn the terror being poured out by groups like Hamas and ISIS, and also to condemn groups like CAIR worldwide who refuse to simply oppose terrorism without victim-shaming. The world needs the moderate, peaceful majority to rise up and stand with us against radical Islam. It is the only way to track down the jihadists and stop the violence once and for all.