Brainwashing at University of Delaware

I am in shock at this.

The University of Delaware subjects students in its residence halls to a shocking program of ideological reeducation that is referred to in the university’s own materials as a “treatment” for students’ incorrect attitudes and beliefs. The Orwellian program requires the approximately 7,000 students in Delaware’s residence halls to adopt highly specific university-approved views on issues ranging from politics to race, sexuality, sociology, moral philosophy, and environmentalism. The Foundation for Individual Rights in Education (FIRE) is calling for the total dismantling of the program, which is a flagrant violation of students’ rights to freedom of conscience and freedom from compelled speech.

“The University of Delaware’s residence life education program is a grave intrusion into students’ private beliefs,” FIRE President Greg Lukianoff said. “The university has decided that it is not enough to expose its students to the values it considers important; instead, it must coerce its students into accepting those values as their own. At a public university like Delaware, this is both unconscionable and unconstitutional.”

The university’s views are forced on students through a comprehensive manipulation of the residence hall environment, from mandatory training sessions to “sustainability” door decorations. Students living in the university’s eight housing complexes are required to attend training sessions, floor meetings, and one-on-one meetings with their Resident Assistants (RAs). The RAs who facilitate these meetings have received their own intensive training from the university, including a “diversity facilitation training” session at which RAs were taught, among other things, that “[a] racist is one who is both privileged and socialized on the basis of race by a white supremacist (racist) system. The term applies to all white people (i.e., people of European descent) living in the United States, regardless of class, gender, religion, culture or sexuality.”

The university suggests that at one-on-one sessions with students, RAs should ask intrusive personal questions such as “When did you discover your sexual identity?” Students who express discomfort with this type of questioning often meet with disapproval from their RAs, who write reports on these one-on-one sessions and deliver these reports to their superiors. One student identified in a write-up as an RA’s “worst” one-on-one session was a young woman who stated that she was tired of having “diversity shoved down her throat.”

According to the program’s materials, the goal of the residence life education program is for students in the university’s residence halls to achieve certain “competencies” that the university has decreed its students must develop in order to achieve the overall educational goal of “citizenship.” These competencies include: “Students will recognize that systemic oppression exists in our society,” “Students will recognize the benefits of dismantling systems of oppression,” and “Students will be able to utilize their knowledge of sustainability to change their daily habits and consumer mentality.”

At various points in the program, students are also pressured or even required to take actions that outwardly indicate their agreement with the university’s ideology, regardless of their personal beliefs. Such actions include displaying specific door decorations, committing to reduce their ecological footprint by at least 20%, taking action by advocating for an “oppressed” social group, and taking action by advocating for a “sustainable world.”

In the Office of Residence Life’s internal materials, these programs are described using the harrowing language of ideological reeducation. In documents relating to the assessment of student learning, for example, the residence hall lesson plans are referred to as “treatments.”

In a letter sent yesterday to University of Delaware President Patrick Harker, FIRE pointed out the stark contradiction between the residence life education program and the values of a free society. FIRE’s letter to President Harker also underscored the University of Delaware’s legal obligation to abide by the First Amendment. FIRE reminded Harker of the Supreme Court’s decision in West Virginia State Board of Education v. Barnette (1943), a case decided during World War II that remains the law of the land. Justice Robert H. Jackson, writing for the Court, declared, “If there is any fixed star in our constitutional constellation, it is that no official, high or petty, can prescribe what shall be orthodox in politics, nationalism, religion, or other matters of opinion or force citizens to confess by word or act their faith therein.”

“The fact that the university views its students as patients in need of treatment for some sort of moral sickness betrays a total lack of respect not only for students’ basic rights, but for students themselves,” Lukianoff said. “The University of Delaware has both a legal and a moral obligation to immediately dismantle this program, and FIRE will not rest until it has.”

FIRE is a nonprofit educational foundation that unites civil rights and civil liberties leaders, scholars, journalists, and public intellectuals across the political and ideological spectrum on behalf of individual rights, due process rights, freedom of expression, and rights of conscience on our campuses. FIRE would like to thank the Delaware Association of Scholars (DAS) for its invaluable assistance in this case. FIRE’s efforts to preserve liberty at the University of Delaware and elsewhere can be seen by visiting www.thefire.org.

It’s just unbelievable. There are no words. Fun fact? Freshman are required to live in the dorms unless they have family nearby.

What’s really fun is that Democrats like John Edwards want everyone to go to college. And why not? Then everyone will be brainwashed into being perfect little zombie-fied moonbats.

Please feel free to contact the University of Delaware and demand that they stop this. We live in a free society, and to be completely frank, this is bullshit. NO ONE should have to put up with that. NO ONE.

Also, please make sure to visit the FIRE website and show your support. It’s a great organization, fighting against the indoctrination of the people who will be running our country in the future.

I can’t stop watching this video

END_OF_DOCUMENT_TOKEN_TO_BE_REPLACED

John Rich thinks for himself

Anyone listen to country music? John Rich of country duo Big & Rich can, shockingly enough, think for himself, it seems. Rather than toe the Hollywood line…

END_OF_DOCUMENT_TOKEN_TO_BE_REPLACED

This is unbelievable: Yemen has set free one of the al-Qaida masterminds of the USS Cole bombing in 2000 that killed 17 American sailors, a senior security…

END_OF_DOCUMENT_TOKEN_TO_BE_REPLACED

How does one begin to describe Ted Rall? He’s a hate-filled asshat who smears our troops on a semi-regular basis and is dripping with nothing but smug…

END_OF_DOCUMENT_TOKEN_TO_BE_REPLACED

Update on the Johnson family

I just received an e-mail from a Media Relations representative for Bank of America concerning the account for donations benefiting the Johnson family: I am with Bank…

END_OF_DOCUMENT_TOKEN_TO_BE_REPLACED

Yesterday, President Bush posthumously awarded the Medal of Honor, the highest award one can receive in the military, to Navy SEAL Lt. Michael Murphy (something the mainstream…

END_OF_DOCUMENT_TOKEN_TO_BE_REPLACED

Alpha females: get off your high horse

So, this morning I was doing my daily check in with my favorite blogs when I happened across Hot Air — specifically, Hot Air headlines. Today, a…

END_OF_DOCUMENT_TOKEN_TO_BE_REPLACED

I just came across a story today on Michelle Malkin’s blog about an Iraq war veteran. John Austin Johnson survived five IED attacks, but the sixth one…

END_OF_DOCUMENT_TOKEN_TO_BE_REPLACED

I haven’t posted a new picture in a while, and I’ve gotten a few e-mails asking for one, so here you go — brand new picture for…

END_OF_DOCUMENT_TOKEN_TO_BE_REPLACED

Could you survive a zombie apocalypse?

Apparently, I have a pretty good chance: 67% I think I lost points on a few questions about whether or not I’d try to save my loved…

END_OF_DOCUMENT_TOKEN_TO_BE_REPLACED

Mel Martinez has announced that he is stepping down as the RNC Chair. Mel Martinez, the public face of the Republican National Committee as its general chairman,…

END_OF_DOCUMENT_TOKEN_TO_BE_REPLACED

Is a dead dog considered art?

To Costa Rican “artist” Guillermo “Habacuc” Vargas it is. He found a dog on the street, tied him up, and gave explicit instructions for the dog to…

END_OF_DOCUMENT_TOKEN_TO_BE_REPLACED

In case you haven’t heard, the bidding for the Reid & Co. letter smearing Rush Limbaugh has just ended at a whopping $2,100,100.00. Over two million dollars…

END_OF_DOCUMENT_TOKEN_TO_BE_REPLACED 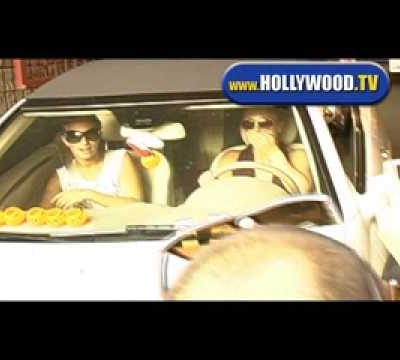 And then, showing what a class act she is, she didn’t get out of the car to check and see if he was ok. She didn’t take…

END_OF_DOCUMENT_TOKEN_TO_BE_REPLACED

Well, everyone’s heard of the Pete Stark Rant, but if you haven’t, here it is: Here is, of course, the money quote: “You don’t have money to…

END_OF_DOCUMENT_TOKEN_TO_BE_REPLACED

Reporter reduces a senior citizen to tears for defending himself

Rebecca Aguilar ambushed 70-year-old James Walton as he walked to his car. She stood over him, berating him for shooting and killing someone who tried to break…