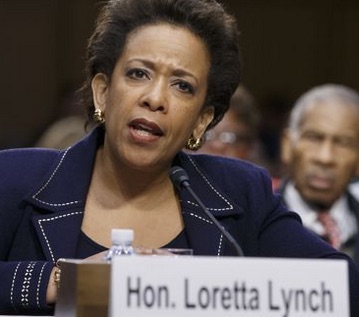 April 24 marks the 100th anniversary of a genocide of which few people are aware, and President Obama would rather be overlooked. 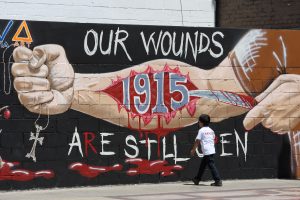 It is the anniversary of the Armenian genocide where about 1.5 million Armenians, along with some Greeks and Assyrians, were annihilated by the Turks. If their story is unfamiliar to you, it was unfamiliar to me as well until a few years ago, when a dear friend — Armenian on her mother’s side — introduced me to it. Her grandparents had emigrated to the United States after fleeing the holocaust in Armenia. She commemorates Armenian Remembrance Day on April 24, and, like many other Armenian-Americans, the wounds of that horrendous time run deep, just as with Jews who remember their Holocaust of decades later.

The tale is achingly familiar to anyone following the rise of ISIS in the Middle East. In 1914 the Turkish Ottoman Empire, allied with Germany in World War I, sought to establish a Muslim caliphate across southern Europe to Asia. Standing in the way were the Christian Armenians, many of whom were living as a prosperous minority in Turkey. On the night of April 24, 1915, about 250 Armenian intellectuals were arrested by the Turks, with 2000 later arrested. They were tortured and slaughtered. Their women and children were driven in the desert to perish, either at the hands of the Turks or by starvation.

Winston Churchill wrote that “this crime was planned and executed for political reasons. The opportunity presented itself for clearing Turkish soil of a Christian race.” Adolph Hitler found evil inspiration in the event. In August of 1939, to justify the holocaust he perpetuated, he said,

“Accordingly, I have placed my death-head formations in readiness — for the present only in the East — with orders to them to send to death mercilessly and without compassion, men, women, and children of Polish derivation and language. Only thus shall we gain the living space (Lebensraum) which we need. Who, after all, speaks today of the annihilation of the Armenians?”

There are no words which can convey the horror of those days as told by survivors. Writing in her memoir, witness Aurora Mardiganian saw 16 girls crucified, vultures consuming their bodies. Seeing the girls nailed naked to crosses, she wrote that “only their hair blown by the wind covered their bodies.”

A website dedicated to the 100th anniversary of the genocide records these stories of survivors:

Vardenis (a village) had a self-defense squad that resisted the Turkish troops. The massacres started on the day of Vardavar feast in 1915. The village priest Father Harutyun became the first victim. The village was besieged, people tried to find salvation in the church, but it was burnt after closing the doors firmly.

“Move on, stop whining,” Talaat’s dogs kept barking in Turkish. “Water… Help… Mom, I’m hungry…” the 5-year-old Yeprem repeated. Turks responded to his pleadings with slaps or even beat the innocent kid with belts. Armenians were walking sadly, when the slaughter started near a Turkish shop: all but Yeprem were murdered. He had fainted. He regained consciousness several hours later, but it was silent all around him. He witnessed the terrifying scene of hundreds of corpses, including those of his parents. Little Yeprem stood up and went to the dead bodies of his parents, looked down on them and promised to take revenge and make the Turks kneel.

When Margarit saw Armenians were pushed into the gorge, she made a harsh decision and left her infant son beside the corpses. Margarit was sure she had made the right decision, as the child would cry at nights for milk and attract the attention of Turks, who would kill not only him, but also the remaining six children.  . . .  She died at the age of 90. As she was blind during the last years of her life, she had visions, in which God punished her for abandoning her little child.”

To this day Turkey refuses to acknowledge the Armenian genocide, and has successfully strong-armed other nations to refrain from calling it by that name. All that Turkey will admit is that massacres occurred, but that they were a result of generalized warfare, and there was no systematic slaughter of the Armenians. Today Turkish history books teach that the Armenians were traitors, allying themselves with the Western Allies in World War I rather than the Ottoman Empire.

Pope Francis would not be pressured by Turkey. On April 12 at a Mass commemorating the Armenian holocaust he referred to the slaughter of the Armenians as ‘genocide: “In the past century, our human family has lived through three massive and unprecedented tragedies. The first, which is widely considered ‘the first genocide of the 20th century,’ struck your own Armenian people.”

Turkey was infuriated, its Foreign Ministry recalling its ambassador from the Vatican.

The Pope has not been alone in recognizing the Armenian holocaust as genocide. For the first time Germany has also  labeled the murders as ‘genocide,’ joining Russia and France.

Certainly President Obama also plans to join the Vatican and these nations, correct?

Wrong. He refuses to use the ‘g’-word in reference to the slaughter of 100 years ago.

To be fair, President GW Bush also refrained from describing the deaths as genocide. In 2007, he urged Congress to reject a Congressional resolution which would do so, claiming that “its passage would do great harm to relations with a key ally in NATO, and to the war on terror.”

Well, shame on him for that. But in 2008, then-presidential candidate Barack Obama, running not only on ‘Hope and Change’, but also as ‘Not Bush,’ promised to recognize the Armenian Genocide, writing on his campaign website:

Chalk up another broken promise. Meanwhile, Congressman Adam Schiff, a Democrat from California, has been working this past month to introduce the bipartisan Armenian Genocide Truth and Justice Resolution. On April 22 he read 1000 names of Armenian victims on the House floor.

Britain’s liberal publication The Guardian demanded that Obama ‘end the charade,’ by refusing to refer to the genocide by name.  The New York Times refused to publish a Turkish pro-conciliation advertisement as it did not recognize the genocide. The left wing Salon called the genocide ‘an unpunished crime,’ and called out Obama on his ‘broken promise.’

The answer is clear: Obama has never met an Islamic state he didn’t like and will support them at each chance he gets. He has refused to acknowledge the deaths of Christians in the Middle East and in Kenya as based on an Islamist imperative to destroy Christianity. He has stubbornly insisted that ISIS is not ‘Islamic.’ He refuses to see the dangers inherent in a nuclear treaty with the terror-sponsoring nation of Iran. And in doing so, he continues to be seen in the Islamic world as a weakling president who is putty in their hands.