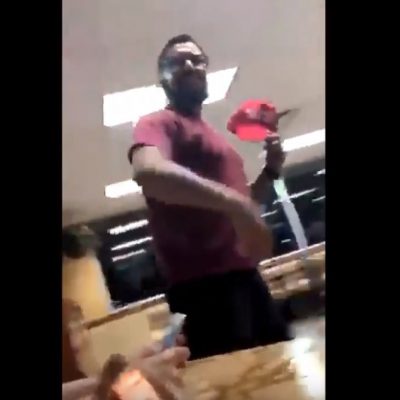 Previous post
The Bullying Left Goes After A Teenager [VIDEO]

Without Roe v. Wade Women Could Be Jailed For Miscarriages 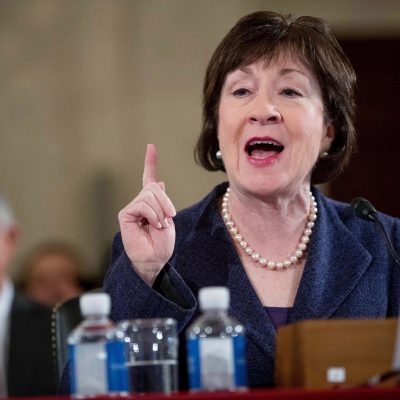 Without Roe v. Wade Women Could Be Jailed For Miscarriages 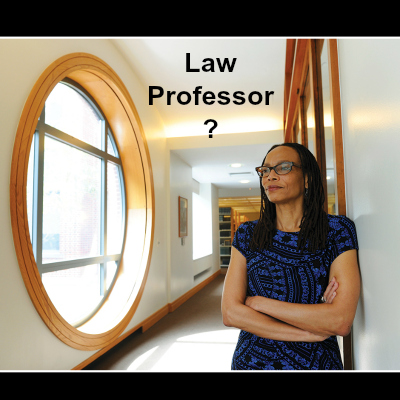 Lord, help me Jesus. These people are stupid. A law professor asserted on MSNBC, you should pardon the expression, that women could be criminally jailed for stillbirths and miscarriages. Gah, I cannot even. Paul Crookston of the “Free Beacon” wrote a post about this idiocy.

Arguing that President Donald Trump’s pick to succeed Justice Anthony Kennedy would usher in a conservative majority, Roberts said that outcome could lead to prosecutors going after women who suffer miscarriages. In an MSNBC clip noted by the Daily Caller, Roberts said “misogynistic laws” would be able to stand because of the anti-abortion rulings a conservative Court could potentially make.

Before we go any further, just who is this Professor Dorothy Roberts? She holds a B.A. from Yale (’77) and a J.D. from Harvard (’80). That’s pretty impressive, right? And furthermore, from the UPenn.com site:

Dorothy Roberts, an acclaimed scholar of race, gender and the law, joined the University of Pennsylvania as its 14th Penn Integrates Knowledge Professor with joint appointments in the Departments of Africana Studies and Sociology and the Law School where she holds the inaugural Raymond Pace and Sadie Tanner Mossell Alexander chair. She is also founding director of the Penn Program on Race, Science & Society in the Center for Africana Studies.

Dayum. People pay a shit ton of money for their precious little cherubs to have this woman shit in their brains for law school. It’s over $80,000 per year. 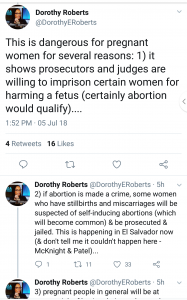 and fortunately, we have some smart people out there: 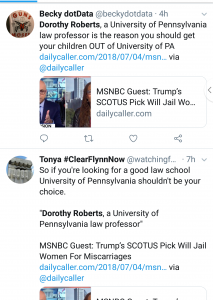 Want to watch Professor Dorothy Roberts in action? No, me either, but here it is:

Wait, women were thrown in jail right after giving birth. Without a hearing? Without a trial? Holy smokes. I don’t necessarily agree with prison for drug abusing pregnant women at all. But that is a different problem.

And, the Texas abortion law that was so horrific:

“There have been a slew—hundreds—of bills, many of them passed that are already drastically restricting women’s access to abortion,” she said, singling out a Texas law as one of the worst.

That law was struck down by the Supreme Court, as she pointed out, by the vote of five justices in 2016 in the case of Whole Woman’s Health v. Hellerstedt.

And what was in this horrible law that five justices found onerous? From the “Free Beacon” post:

The “very, very horrible law” the Court overturned required abortion facilities to meet hospital standards and doctors performing abortions to have admitting privileges at a hospital within 30 miles. The court ruled the requirements placed an “undue burden” on the right to an abortion established by Roe.

These abortion advocate women do not give a fig for women’s health. They only care about murdering babies in the womb. Protecting women with hospital standards and doctors having admitting privileges seem to be the absolute minimum to me. Not these people. They only want dead babies.

And in the name of all that’s holy and good, don’t send your sweet baby to be the University of Pennsylvania to be mis-educated by this educated idiot.

Rant over. I’ll get off my soapbox now.