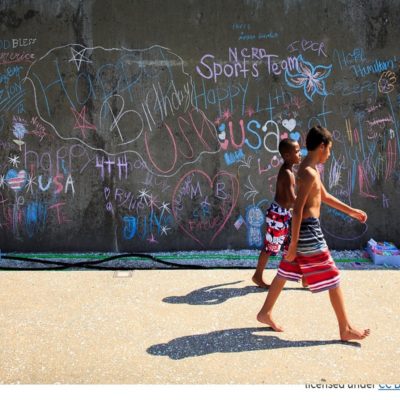 Next post
You CAN celebrate July 4 after Juneteenth. It's Not a Competition! 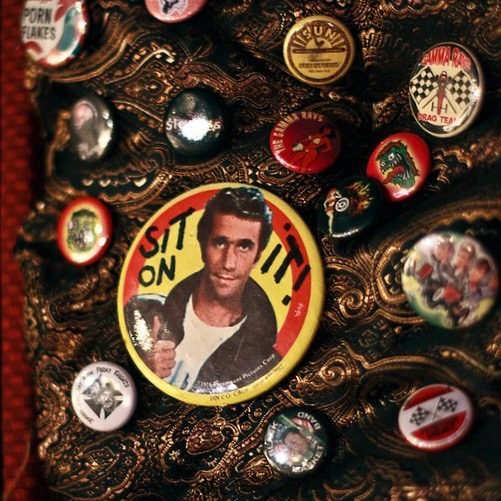 Henry Winkler, AKA the beloved Arthur Fonzarelli from Happy Days, may be one of the “nicer” celebrities in Hollywood but had us all saying “C’mon man” with his latest Tweet on bringing America together.

We are So divided as a country .. only a cataclysmic event, that makes us depend on one another again, can bring us back together.”-Henry Winkler

Oh, wow, Mr. Winkler, no Happy Days for you. In fact, some are telling The Fonz to “sit on it”:

Pandemic? No
Power failure during freak blizzard? No
Wildfires? No
Dangerous regional record breaking heatwave? No
Hurricane? No

What do you need? An asteroid impact?

Hello Henry big fan, got some bad news about what happened recently

This is not the first time Winkler sounded off politically:

He wanted the adults in government to make the decisions. Ha! By the “adults”, Winkler, a registered Democrat, meant the Democrats, of course. Because Donald Trump acted like a petulant child, I guess. At least, Winkler doesn’t seem like an angry liberal, like some of his counterparts in La-La Land. He seems to genuinely want unity and peaceful solutions. But, alas, The Fonz has been in his idealistic Hollywood bubble too long to notice that there have been several cataclysmic events over the train wreck of the year 2020 that failed to united us as Americans.

Let’s talk COVID-19, Mr. Winkler. A highly-contagious virus that came from China and landed on our shores. The virus killed many while making some of us sick. The virus was the prime opportunity, the very catalyst to spike up political division and put a halt to everything, including economic progress made by a loud, outspoken, and, at times, a bit obnoxious President. Businesses shuttered, some closed for good, schools did not open their doors fully over the course of a whole year. Meanwhile, the Hollywood-holier-than-thou preached to us to mask up, stay isolated and “ride it out” as they sat in their million-dollar homes, sending their assistants out for groceries and whatever else. Many Americans did not have the luxury to do the same and sat home, some now unemployed, with no means to buy food much less send someone out to pick it up. Those of your colleagues with a platform, Mr. Winkler, went on news programs and blamed the big, bad, orange man. He was “xenophobic” and “racist” for saying the disease came from China and closed borders, yet he was at fault for COVID-19’s arrival in America.

The chasm of division grew even deeper with the death of George Floyd. A death that should never have happened. However, Mr. Winkler, your friends in Hollywood, once again, and the media, sought to stoke the flames. Cities burned. Riots ensued for months. Property was destroyed and racial division and hate was at an all-time high. City blocks closed off, formed their own municipalities and law-enforcement officers’ jobs became increasingly complicated and more difficult. More people were killed. Didn’t bother the Hollywood elite any. They don’t live in these parts.

Let me take a guess, Mr. Winkler, they were still able to do their jobs in your Brentwood neighborhood, right? No need to worry about divisive rhetoric or riots or drug-use or homelessness there.

So much chaos. We needed the “adults” in the room, Henry. We needed peace. We needed healing. We needed light shone on our darkness. We needed to come together and sing kumbayah. Who was going to do that? Certainly not big, bad orange guy. For sure, Joe Biden was the adult in the room (Facepalm.) And, whatever would we do without the loud mouths of some of the most notable of the Dems, the women of The Squad? Mr. Winkler, last I checked, you are Jewish, right?

I love you and have since I was a tiny child, but not it takes pain, death, destruction to bring us together we are a messed up species. We’ve had apocalyptic events-wars, quakes, strikes, and that “together” doesn’t last. If we can’t choose to be better, we won’t be better.

Building back better? We’ve gone from wanting the adults in the room to having a senile old fool who is just short of needing to wear an adult diaper telling us that if we “behave ourselves” and listen to Dr. Anthony Fauci, we can have our Independence Day back. Excuse me, what? This should be the cataclysmic event that unites us. Democrats got what they wanted, right? Joe Biden in the White House. The nation can heal now. Except it can’t because those in power pulling the puppet President’s strings are still lighting the flames of division. They can’t stop. They won’t stop until they re-write our history and completely wreck us.

Ayyyyyy. This is where we are at. I am hoping for Happy Days, Mr. Winkler, I really am. In the meantime, you can tell all of your Hollywood cronies who like to preach their superiority and morality to sit on it! Happy Independence Day to all, ‘scuse me while I blow some stuff up.