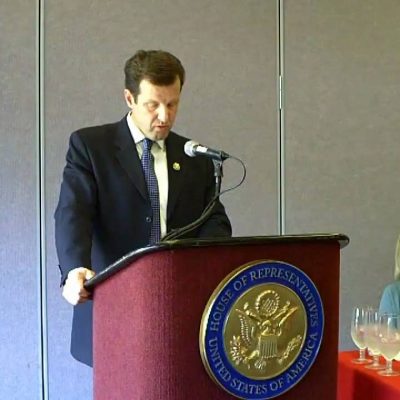 Previous post
“If it’s so good, why doesn’t Congress have to be on it?”

Next post
Traitor indicted, but not charged with treason!

by Cassy Fiano in Headlines 14 Comments

I’ve written a lot about Westboro Baptist Church. If you aren’t already familiar with them, here’s a quick sum-up of what they’re about:

Fred Phelps is the pastor of the Westboro Baptist Church of Topeka, Kansas. Phelps & Co. are well-known for picketing any event supportive of the gay community — gay pride weeks, parades, etc. They also condemn Catholics, Muslims, Jews, and anyone who may support the groups they hate — including the United States, Canada, Ireland, Sweden, Mexico, etc. One of their websites is called God Hates America and “praises God for the NIU massacre”. They call themselves Baptist, but are not affiliated with any known Baptist conventions or associations, nor does any Baptist institution recognize the church as a Bible-believing fellowship. They believe that almost every tragedy in the world is caused by homosexuality, and that homosexuality should be considered a capital crime.

Disgusted yet? It gets worse.

The WBC is more a cult than a church. Members are not allowed to marry anyone outside the church. They picket daily, and travel nationwide to picket the funerals of murdered homosexuals or those who have died of AIDS — including the funeral of Matthew Shepard. They also protest at live theatre, concerts, and Kansas City Chiefs football games, claiming that these are “havens for homosexuality”.

They’ve now shifted their attention from focusing on protesting homosexuality to protesting funerals of fallen soldiers killed in the Iraq war. On their website’s FAQ section (yes, that really is the web address for those who are shocked), they claim that (please be cautioned for language):

These turkeys are not heroes. They are lazy, incompetent idiots looking for jobs because they’re not qualified for honest work.

They were raised on a steady diet of fag propaganda in the home, on TV, in church, in school, in mass media – everywhere – the two-pronged lie: 1) It’s OK to be gay; and, 2) Anyone saying otherwise, like WBC, is a hatemonger who must be vilified, demonized, marginalized into silence.

Therefore, with full knowledge of what they were doing, they voluntarily joined a fag-infested army to fight for a fag-run country now utterly and finally forsaken by God who Himself is fighting against that country.

And now, in “honor” of Michael Jackson’s death, they remade his song “We Are The World”, complete with a music video. The title? “God Hates The World”. I wondered at first if it was some kind of spoof, but you can see Shirley Phelps there clearly in the front, and at the end, I believe the camera zooms in on Fred Phelps, too.

When I was looking on their website to see if they were indeed claiming this video, I found this flyer stating that they’re planning to “respectfully” picket a Marine’s memorial service right here at Camp Lejeune.

God Hates America, and God is killing our troops in His wrath. Thank God for IEDs.

Sgt. Roy gave his life for the Constitutional right of WBC to warn America. To deny us our First Amendment rights is to declare to the world that Sgt. Roy died in vain; and that America is a nation of sodomite hypocrites.

These soldiers are dying for the homosexual and other sins of America. God is now America’s enemy, and God Himself is fighting against America.

Thankfully, the Camp Lejeune Protestant Chapel is on base, so the assholes won’t be able to get near the memorial service. I felt nauseated reading that crap and watching that music video. It’s disgusting what these people are willing to do. What makes it even worse is that they’re doing it in the name of God. There is not much greater evil than that, is there?

What’s truly sad, though, is to see that little girl on video singing their sick song. She’s too young to understand what she’s singing, yet that doesn’t keep them from indoctrinating every child that is born into their cult with their filth.

The Phelps and their followers are truly the scum of the earth.