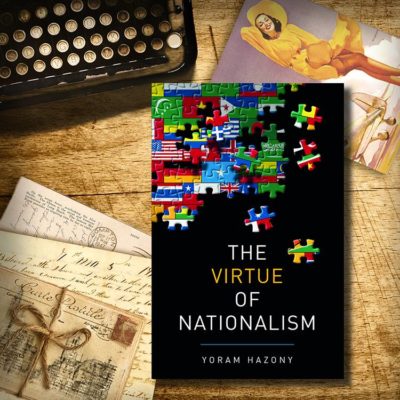 Next post
From The VG Bookshelf: The Virtue of Nationalism 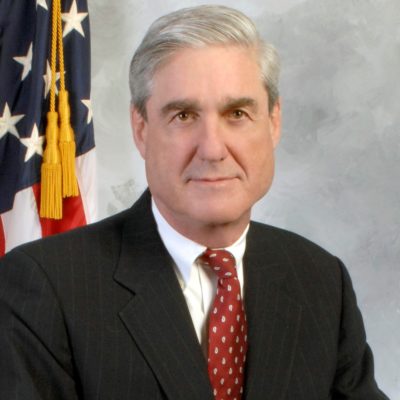 Just when you thought it was safe to check media headlines again, the Washington Post did its best Jaws imitation. Of course, like almost everything else it does, it turned into Sharknado. It buried the lede in order to advance the narrative. Specifically, it alleged Special Counsel Robert Mueller complained Attorney General William Barr “did not fully capture the context, nature, and substance’ of his report.  Of course, mainstream media picked up on this twisting and turning of what Mueller actually said to once again try to show there was collusion and President Trump is the most evil of evils.

The Democrats, especially those in the House of Representatives, have refused to give up their crusade to drive Trump from office. They won’t be satisfied until someone, preferably a solid Democrat, whose name is not Trump sits in the Oval Office. The media has been complicit in their attempts, becoming their propaganda arm. If anyone had any doubts about it, all they have to do is read the WaPo article  and watch the taking heads on CNN or MSNBC.

As with so much of MSM’s coverage of the Mueller Report after its release, we are missing a great deal of context. The WaPo refers to a letter Mueller wrote to Barr after Barr released his four-page synopsis of the report. People in the Justice Department “with knowledge” of the letter are referred to but never named. Excerpts we are told are from the letter are quoted but, gee, we never get to see the whole thing.

Hmmm, could it be that given the letter and being able to read the pull quotes in context would destroy the narrative WaPo is so carefully trying to create?

‘The summary letter the Department sent to Congress and released to the public late in the afternoon of March 24 did not fully capture the context, nature, and substance of this office’s work and conclusions,’ Mueller wrote. ‘There is now public confusion about critical aspects of the results of our investigation. This threatens to undermine a central purpose for which the Department appointed the Special Counsel: to assure full public confidence in the outcome of the investigations.’”

Reading that on its own, the Democratic narrative is fulfilled. Barr appears to have been trying to cover for the President. He obscured, twisted and hid information about what Mueller and his investigators really reported.

Except is that what really happened and is that all Mueller had to say? Note, he did not comment about the letter and its contents when WaPo contacted him. But, reading further in the article, we might have a clue why.

In that call [a call between Mueller and Barr], Mueller said he was concerned that media coverage of the obstruction investigation was misguided and creating public misunderstandings about the office’s work, according to Justice Department officials. Mueller did not express similar concerns about the public discussion of the investigation of Russia’s election interference, the officials said.”

Interesting, isn’t it? Mueller was concerned that the “media coverage of the obstruction investigation was misguided”. Misguided or deliberately misleading? Either way, it appears the former Special Counsel hit the nail on the head where the media’s been concerned. Its coverage of the investigation and, subsequently, of the report has been, to use his word, “misguided”. To use mine, misleading and designed to cast doubt on the Trump Administration.

Funny, the Jaws theme is changing into that of the Keystone Cops.

If the twisting and turning done by the WaPo over the letter isn’t enough to show bias, the closing paragraph of the story should be. Instead of limiting the story to the Barr letter–and maybe letting us see the letter so we could come to our own conclusions–WaPo reminds its readers the Mueller Report listed “10 significant episodes of possible obstruction of justice” but that no charges were filed because of “long-standing Justice Department policy that says a sitting president cannot be indicted.”

No, no bias there at all. Leave the readers with the impression that the only reason Donald Trump wasn’t charged is because he is currently sitting in the Oval Office.

So, what do we know about Barr’s letter other that the piecemeal quotes WaPo gave us? Not much. According to CNN, it is “roughly a page in length” and was initially reviewed by Deputy Attorney General Rod Rosenstein’s office.

‘In a cordial and professional conversation, the Special Counsel emphasized that nothing in the Attorney General’s March 24 letter was inaccurate or misleading. But, he expressed frustration over the lack of context and the resulting media coverage regarding the Special Counsel’s obstruction analysis.'”

And proving WaPo isn’t the only mainstream media outlet to know how to try to influence readers, CNN ends its story about the letter by noting the Mueller report ‘documents at least 77 specific instances where Trump administration officials, family members, campaign staff, Republican backers and the President’s associates lied or made false assertions (sometimes unintentionally) to Congress, the public or authorities, according to a new CNN analysis.'”

“According to a new CNN analysis.” In other words, in their own spin on the report.

No, there’s no media bias at all, at all.

Just as there’s no media bias when Chris Matthews on MSNBC’s Hardball opens with the statement that Mueller said Barr failed to capture the “context, nature and substance of the report.” Then he looked to his other panelists and continued with, “Wow! That’s what many of us thought. That the guy did not. . .did not translate well. He made no effort to translate. He suppressed the Mueller Report.” As Matthews tries, not very successfully, to hide his glee, his fellow panelists are laughing at his characterization.

But there’s no media bias.

If the WaPo and the rest of the media wants to prove their case against Barr, Trump and the rest of the Administration, quit trying to manipulate the facts. Show us the entire letter. They quote from it, so they have presumably seen it. Or is this yet another instance where they are making something up out of thin air?

Nothing the MSM does right now would surprise me.

Featured image :  Robert S. Mueller, III, director of the FBI from 2001 to 2013. This image or file is a work of a Federal Bureau of Investigation employee, taken or made as part of that person’s official duties. As a work of the U.S. federal government, the image is in the public domain in the United States.