Next post
Teacher Fired For Not Meowing Back at Student 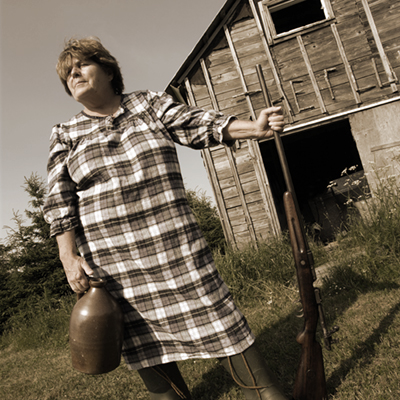 The Washington Post has few peers when it comes to fear-mongering to their urban, Progressive readership. Readers who can’t wait to have their own prejudices confirmed by tales of the gun-toting, gap-toothed, unwashed, uneducated, cousin-humping folk who live just beyond the city borders.

WaPo has to travel all the way to Eatonville, WA — a tiny enclave with a population of about 3,000 souls about 59 miles south of [obviously superior] Seattle — to give warning that local school boards are being taken over by “right-wing, violent extremists”. (non-paywalled link here)

A rural Washington school board race shows how far-right extremists are shifting to local power. The establishment candidate thought she was a shoo-in, but she hadn’t contended with the home-schooling, anti-masking member of the far-right Three Percent movement.

OMG! This is some scary stuff!

To [Sarah] Cole, the school board seat in this rural red district about an hour outside Seattle was all but hers. Educators and community leaders had endorsed her. She had name recognition from years in the Parent Teacher Association. And, besides, she was running against Ashley Sova, a home-schooling, anti-masking member of the far-right Three Percent movement.

“I kind of thought I had it in the bag,” Cole recalled.

Maybe that was her first problem? Maybe taking for granted actual voters and their concerns? Too many candidates across the country somehow seem surprised when voters kick down the fence and act independent of the Community Leaders.

What the folk at WaPo do in this article is their SOP when it comes to writing about The Other. This particular article spends more than 30 paragraphs of fearmongering about the alleged take-over of rural areas by :::gasp:::: “building grass-roots support”. Can you believe that? Grass-root support!

Those darn non-leftists! They should just take a page from George Soros, ditch the grass-roots schtick, and poor millions of dollars into District Attorney races across the country. Interesting to note that the WaPo, from a cursory search on their site, has never done any sort of article on the Soros connection in the elections of Los Angeles’ George Gascon, San Francisco’s Chesa Boudin and, even most recently, New York County’s Alvin Bragg. Those three DA’s alone have direct influence over 12.6 million people, but noooooo. Let’s look at school board governing a district with 1,800 students.

Tattoos on rappers, big city chefs and pop-stars? Perfectly fine. On women who open carry a gun and home school? BE AFRAID

The very last section of WaPo’s “othering” of Eatonville folk by their looks, conservative politics and guns (and all sorts of handwaving off the concerns of these deplorable folk) we get to Sova herself.

Two hours before she was to be sworn in at her first school board meeting, Sova was in mud-spattered boots feeding farm animals on her family’s 12-acre compound, which is nestled in the woods behind a tall metal gate with signs warning that trespassers would be shot.

Before filing, Sova said, she had family check-ins with her husband, a Slovakian immigrant whose family’s escape from communist rule influenced her politics, and their three children, ages 16, 15 and 10.

Hmmmm, her hubby’s family escaped from communist rule. WaPo’s writer seems wholly uninterested about that. We later learn that Sova has been the target of local people who oppose her (maybe the anonymous Democrat couple mentioned who worked up a dossier on her and fired it off to WaPo?) that included false reports to local authorities and stealing the Sova’s 5-month old German Shepherd.

But you have to slog almost to the end of the article to find this out and, by that time, WaPo’s usual readers are thinking to themselves, “she deserved it.” 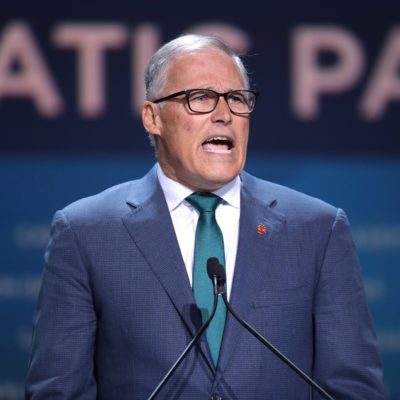